The Spanish Armed Forces are involved in 17 missions abroad and it is foreseen that by 2022, the highest number of troops simultaneously deployed will not exceed 2.900, excluding occasional adjustments in some of the missions depending on requirements such as those derived from the temporary exercise of command over international forces, or due to the health and security situation.

The largest contingents are in Lebanon, with over 600 blue helmets, and in Mali, with roughly 500 troops. Within NATO, they monitor the waters of the Mediterranean and take part in the defense of the Baltic countries and Turkey.

Spain is also involved in all the military missions that the European Union is carrying out on the African continent, with deployments in Mali, the Central African Republic, Somalia and Senegal, as well as the presence of military observers in Mozambique. Our Armed Forces are also involved in Operation Atalanta, which aims at countering piracy in the Indian Ocean, deploying troopd and assets belonging to the Navy and the Air Force, all conducted from the ES-OHQ located at Rota Naval Base in Spain.

The following map shows the participation of Spanish military units and observers in operations abroad:

INTERACTIVE MAP: Click on each mission to learn more. 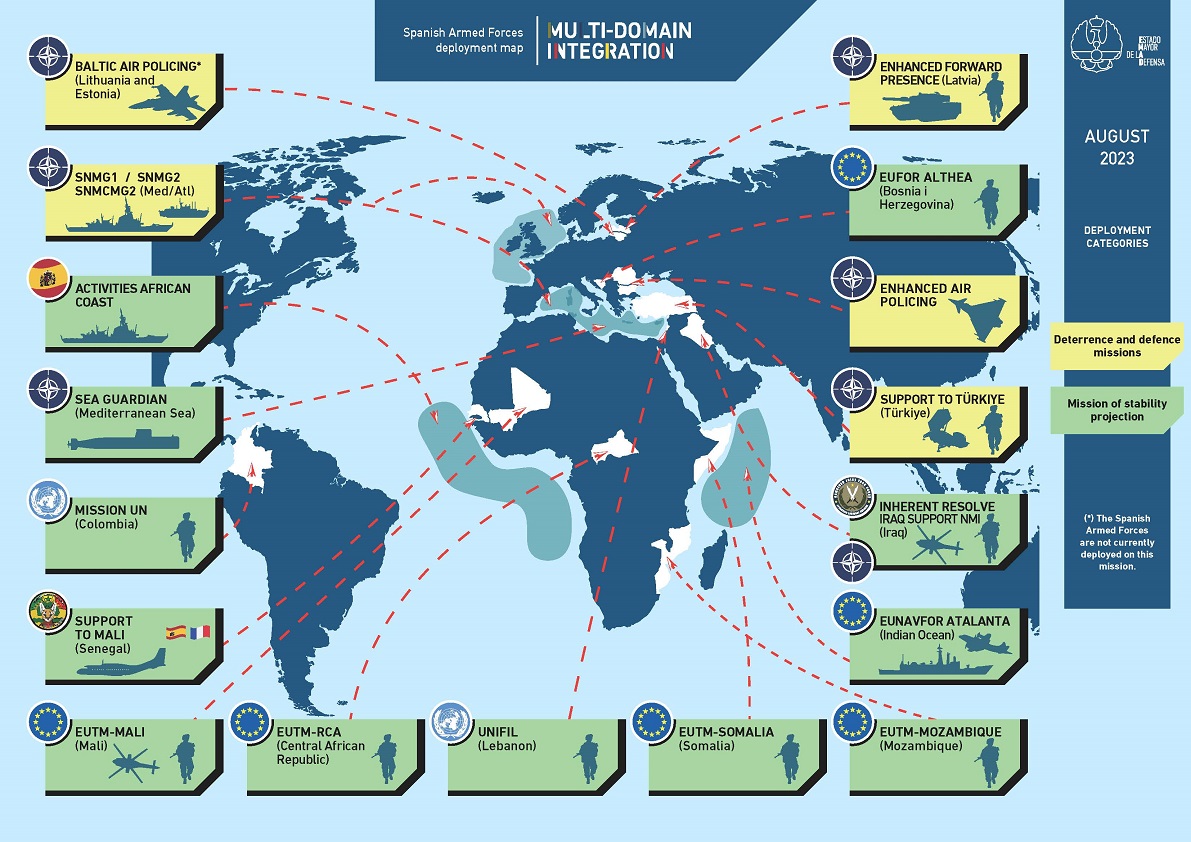 Summary of deployments where Spain is involved