NATO's Maritime Operation in the Mediterranean 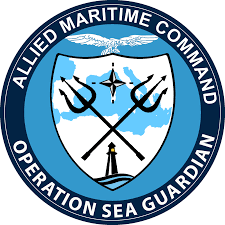 Operation Sea Guardian is a flexible operation that can potentially cover the full range of Maritime Security Operations (MSO) tasks. At present, it is carrying out maritime security capacity building, and providing support to maritime situational awareness and to maritime counter-terrorism.

Operation Sea Guardian can execute any of the four additional MSO tasks, if requested by the Noth Atlantic Council (NAC):

Through Operation Sea Guardian, NATO is contributing to the maintenance of a secure and safe maritime environment, while collaborating with other actors, such as the European Union (EU). 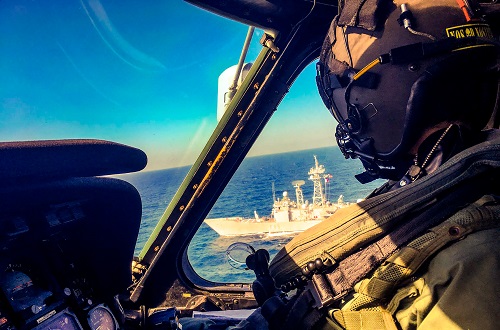 In this context, NATO launched Operation Sea Guardian in November 2016, which aims to reinforce maritime situational awareness, counter-terrorism efforts including through the hailing and the boarding of suspect vessels, and capacity-building in the Mediterranean Sea. These tasks focus on gathering relevant information about current maritime activities in the Mediterranean region to help identify possible security concerns, and therefore continue to develop maritime security awareness in the region. Nevertheless, if the NAC so decides, the Operation can conduct any of the agreed four additional MSO tasks: uphold freedom of navigation, conduct maritime interdiction, fight the proliferation of weapons of mass destruction, and protect critical infrastructure.

Within the framework of Operation Sea Guardian, NATO supports the EU’s Operation Sophia with regard to information-sharing, logistical support and the implementation of the United Nations Security Council Resolution 2357 (the arms embargo against Libya).

As such, the Mediterranean offers opportunities to deepen maritime cooperation at operational and tactical levels between NATO and the EU, building on previous experience and successes, in particular in the Indian Ocean and the Aegean Sea.

The Operation comes under the operational command of the Allied Maritime Command (MARCOM), Northwood, United Kingdom. MARCOM serves as the hub of maritime security information-sharing for the Alliance. 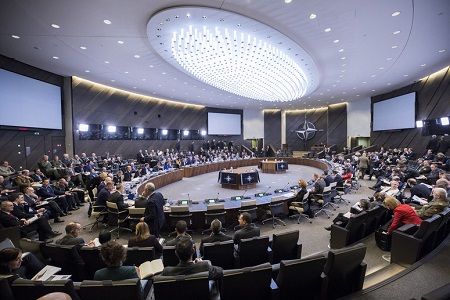 In July 2015, the North Atlantic Council (NAC) decided to modify the Operation Active Endeavour (OAE) to a non-Article 5 operation based on networks, instead of platforms (units) as OAE did. 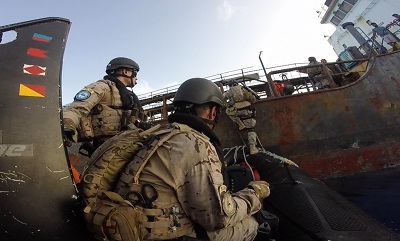 If agreed by the NAC, Operation Sea Guardian can perform the following four additional MSO tasks: 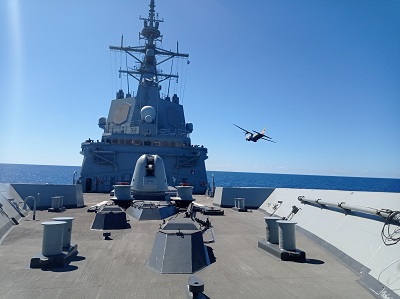 With the approval of the Council of Ministers, Spain is contributing with the following units to Operation Sea Guardian:

Spain also offers support, on request, to those naval units in transit within Sea Guardian's area of operations.