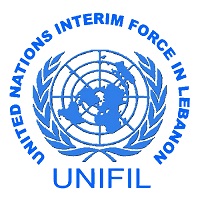 Originally, UNIFIL was created by the Security Council in March 1978 to confirm Israeli withdrawal from Lebanon, restore international peace and security and assist the Lebanese Government in restoring its effective authority in the area. The mandate had to be adjusted twice, due to the developments in 1982 and 2000.

Following the July/August 2006 crisis, the Council enhanced the Force and decided that in addition to the original mandate, it would, among other things, monitor the cessation of hostilities; accompany and support the Lebanese armed forces as they deploy throughout the south of Lebanon; and extend its assistance to help ensure humanitarian access to civilian populations and the voluntary and safe return of displaced persons.

By this resolution, the Council also authorized UNIFIL to take all necessary action in areas of deployment of its forces and as it deems within its capabilities, to ensure that its area of operations is not utilized for hostile activities of any kind; to resist attempts by forceful means to prevent it from discharging its duties under the mandate of the Security Council; and to protect United Nations personnel, facilities, installations and equipment, ensure the security and freedom of movement of United Nations personnel, humanitarian workers and, without prejudice to the responsibility of the Government of Lebanon, to protect civilians under imminent threat of physical violence.

In its resolution 1773 (2007), the Security Council acknowledged the role played by UNIFIL and the LAF in helping to establish a new strategic environment in southern Lebanon and looked forward to increased cooperation between the two forces in the discharge of UNIFIL’s mandate. In resolution 2373 (2017), the Security Council called for an “accelerated” and “durable” deployment of the LAF in southern Lebanon and the territorial waters of Lebanon, and increased support of and coordination with the LAF. It also asked for enhanced reporting to the Council on UNIFIL’s activities. In line with resolutions 2433 (2018) and 2485 (2019), LAF and UNIFIL efforts in the framework of the Strategic Dialogue are currently focused on the deployment of the LAF Model Regiment in UNIFIL’s area of operation and the development of a strategy for a phased transition of the responsibilities of Maritime Task Force to the Lebanese Navy.

At the request of the Government of Lebanon, the UNIFIL mandate is renewed annually by the Security Council. 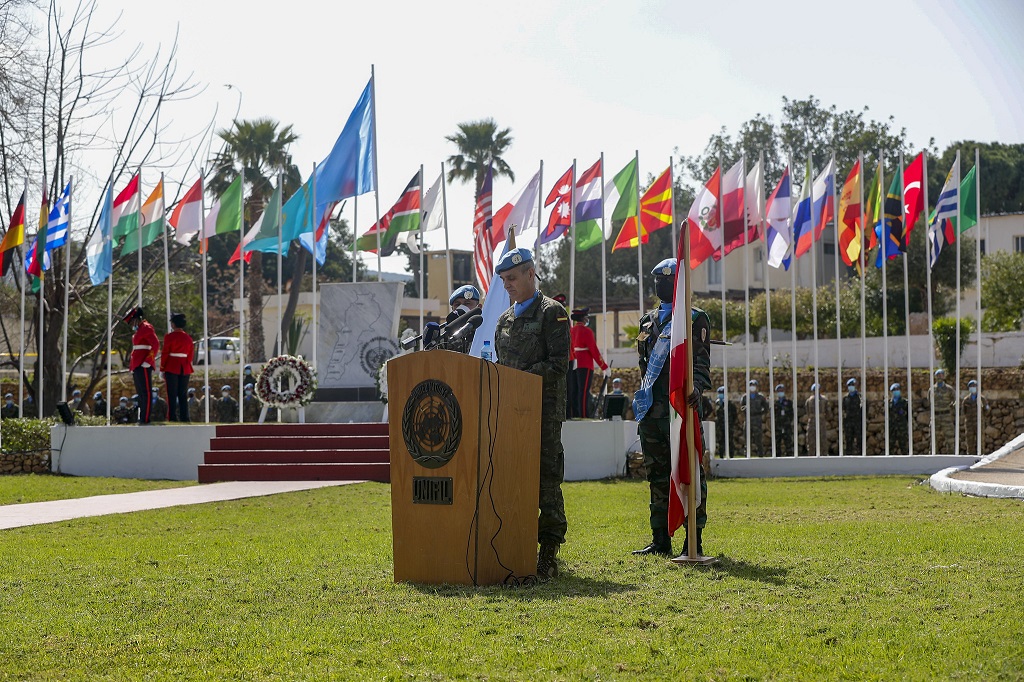 United Nations Secretary-General António Guterres announced on February the 5th, the appointment of Major General Aroldo Lázaro Sáenz of Spain as Head of Mission and Force Commander of the United Nations Interim Force in Lebanon (UNIFIL).

Major General Lázaro Sáenz has had a long and distinguished career in the Spanish Army, currently serving as Adviser to the Ministry of Defence for Defence and Security cross-cutting affairs. He has since 2000 served in EUROFORCE Headquarters (Florence), NATO Rapid Deployable Corps Spain (Valencia), Spanish Brigade “Guzmán el Bueno” (Cordoba) in three assignments, Brigade Commander, Regiment Commander and Chief of Staff. 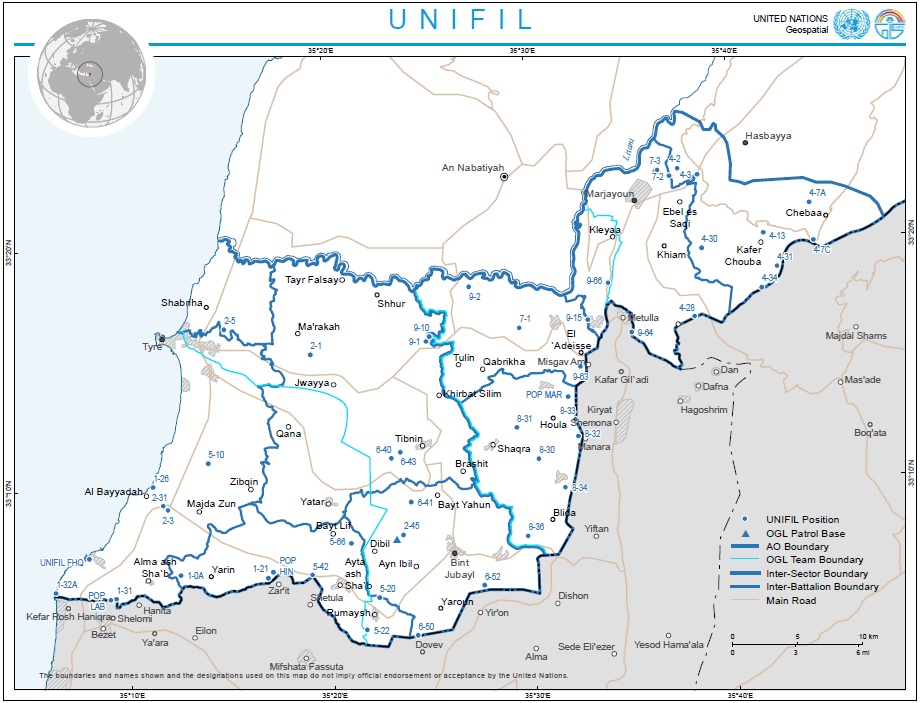 UNIFIL Map as of November 2021 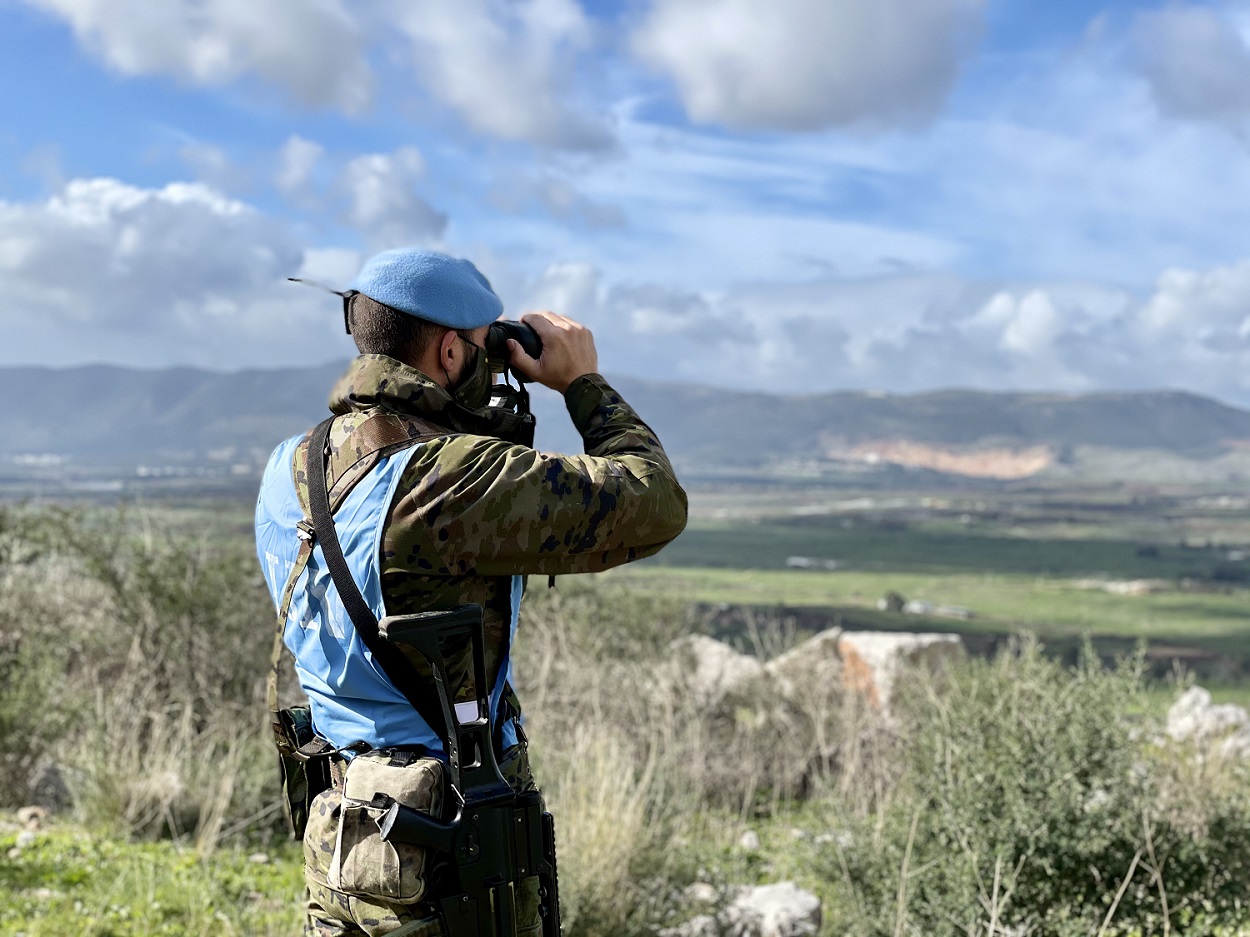 In the early 1970s, tension along the Israel-Lebanon border increased, especially after the relocation of Palestinian armed elements from Jordan to Lebanon. Palestinian commando operations against Israel and Israeli reprisals against Palestinian bases in Lebanon intensified. On 11 March 1978, a commando attack in Israel resulted in many dead and wounded among the Israeli population; the Palestine Liberation Organization (PLO) claimed responsibility for that raid. In response, Israeli forces invaded Lebanon on the night of 14/15 March, and in a few days occupied the entire southern part of the country except for the city of Tyre and its surrounding área.

On 15 March 1978, the Lebanese Government submitted a strong protest to the Security Council against the Israeli invasion, stating that it had no connection with the Palestinian commando operation. On 19 March, the Council adopted resolutions 425 (1978) and 426 (1978), in which it called upon Israel immediately to cease its military action and withdraw its forces from all Lebanese territory. It also decided on the immediate establishment of the United Nations Interim Force in Lebanon (UNIFIL). The first UNIFIL troops arrived in the area on 23 March 1978.

Until July 2006, the situation remained stable, but then new hostilities began between the two countries. After intense negotiations, the UN Security Council approved a considerable increase in the number of UNIFIL troops, from 2.000 to 15.000, and expanded its command.

The mission is currently immersed in what is known as the stabilization phase, in which it is intended that  the Lebanese Armed Forces (LAF) are able to monitor the situation without UNIFIL's presence. 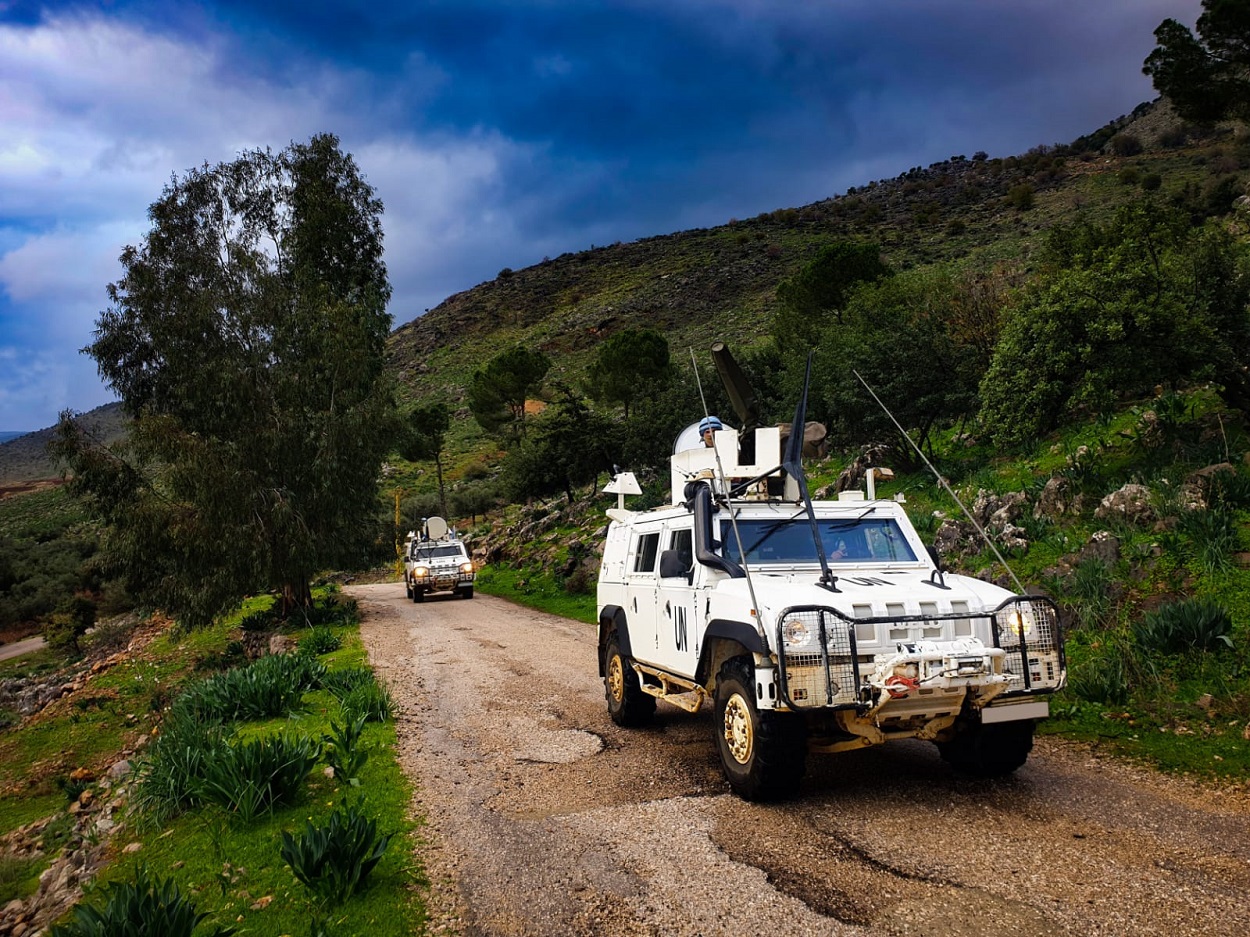 The Spanish Armed Forces were deployed in Lebanon in September 2006. Mostly the entire contingent in operation 'Libre Hidalgo' is located at the Miguel de Cervantes Base, near the town of Marjayoun where the Spanish-led Eastern Sector Headquarters is located. There are also spanish personnel at the UNIFIL´S Headquarters in Naquora.

Spanish troops carry out foot and vehicle patrols to permanently monitor the line that separates Lebanon from Israel. they also set observatories and carry out other activities along with the Lebanese Armed Forces (LAF), all of the aimed at ensuring compliance with UN Resolution 1701 and preventing situations tha could lead to escalate the tensión between the parties.

The Multinational Brigade East, led by Spain and commanded by a Spanish General, is composed of  3500 troops of nine different nationalities. Spain contributes with roughly 650 troops to UNIFIL. Spain has positions assigned within UNIFIL's HQ (FHQ) in Naquora.

Videos about Spain's involvement within UNIFIL