COUNTERING PIRACY OFF THE COAST OF SOMALIA 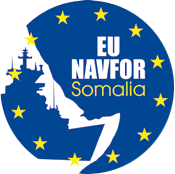 The European Union is concerned with the effect of Somali-based piracy and  armed robbery at sea off the Horn of Africa and in the Western Indian Ocean. Somali-based piracy is characterised by criminals taking control of vessels transiting the High Risk Area in the Region and extorting ransom money for the crew, the vessel and cargo: this bears all the features of organised crime. Crews held hostage by pirates often face a prolonged period of captivity, the average being 5 months, although some hostages have been held for almost three years. Moreover, piracy impacts on international trade and maritime security and on the economic activities and security of countries in the region.

As a result, and as part of its Integrated Approach to Somalia, the EU launched the European Union Naval Force ATALANTA (EU NAVFOR) in December 2008 within the framework of the European Common Security and Defence Policy (CSDP) and in accordance with relevant UN Security Council Resolutions (UNSCR) and International Law. 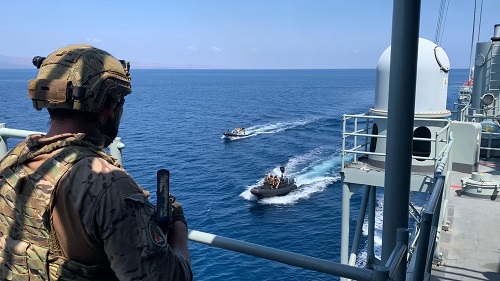 Under EU Council Joint Action 851, which is based on various UN resolutions, Operation ATALANTA:

On 01.01.2021, Council Decision (CFSP) 2020/2188 entered into force, which extends the mandate of the European Union Naval Force Somalia Operation Atalanta for another two years, until 31 December 2022.

The new mandate also includes some new tasks reinforcing ATALANTA´s role as a maritime security provider in the area and built on its current success in countering piracy and protecting WFP and other vulnerable vessels.

Hence, as of 01.01.21, new non-executive tasks such as IUU fishing, drugs, weapons and charcoal trafficking will be implemented, whilst preparing for the formalisation of the executive tasks regarding illegal drugs and weapons trafficking, which will be enforced in a specific area of the Gulf of Aden, once the decision to activate these tasks is taken by the appropriate EU authorities.

These adjustments will increase the Operation’s Maritime Domain Awareness, resulting in a more efficient counterpiracy mission and reinforcing EU NAVFOR´s role as a maritime security provider in line with the objectives of the EU Maritime Security Strategy. They will also reassure the Shipping Industry in supporting freedom of navigation and trade.

The decision was taken based on a holistic and coordinated strategic review of CSDP engagement in Somalia and the Horn of Africa, with the aim to consolidate and strengthen the EU response by further  developing the security context and enhancing its role as a security provider, in the context of the EU Global Strategy for the foreign and security policy of the European Unión. 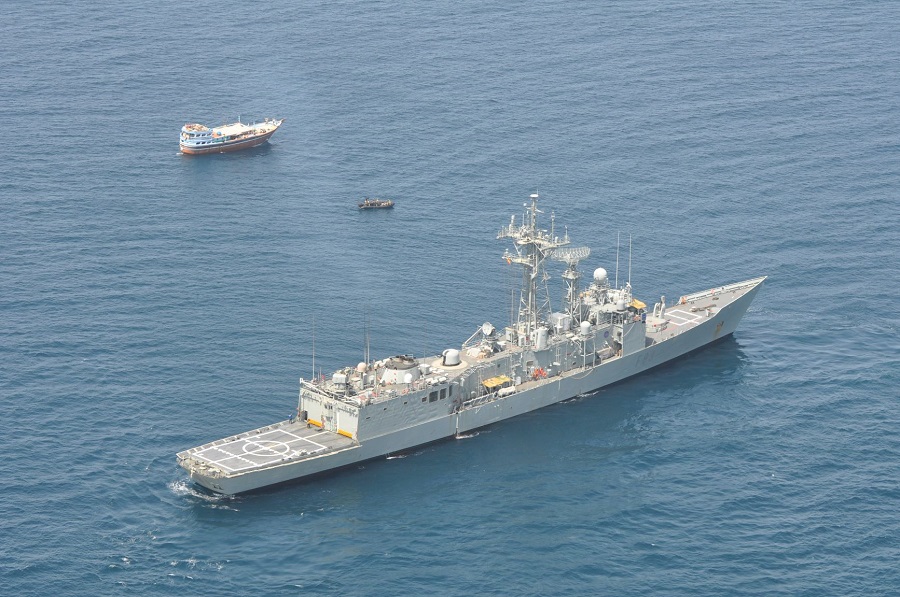 Data collated since 2008 demonstrate that EU NAVFOR, in co-operation with her counter-piracy partners, has become highly effective in preventing attacks before they happen.

Taken together, intelligence-led operations, a robust and proactive stance, as well as the continued effort to impress upon the maritime industry and the merchant community the importance of self-protection measures, have decreased the success rate of those attacks which are mounted.

At the height of Somali piracy in January 2011, 736 hostages and 32 ships were being held by pirates. By October 2016 that number has dropped to no hostages and ships being held.

Since the launch of the Operation in 2008, EU NAVFOR – Operation ATALANTA has:

Moreover, EU NAVFOR has conducted and supported numerous Safety of Life at Sea (SOLAS) rescue missions in the area, helping local, regional and international trading and fishing vessels in distress. 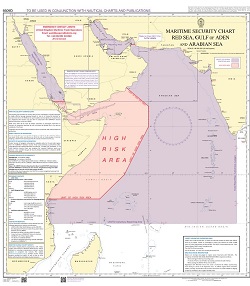 EU NAVFOR operates in an Area of Operations covering the Southern Red Sea, the Gulf of Aden and a large part of the Indian Ocean, including the Seychelles, Mauritius and Comoros. The Area of Operations also includes the Somali coastal territory, as well as its territorial and internal waters. This represents an area of about 4,700,000 square nautical miles (approximately 8,700,000 square kilometres).

Within the Area of Operations, EU NAVFOR units conduct tasks in accordance with the Mandate. Close co-operation with WFP and AMISOM ensures that no vessel transporting humanitarian aid (or logistics for the African Union mission) will travel unprotected along the Somali coastline.

EU NAVFOR warships also conduct patrols in the Internationally Recommended Transit Corridor (IRTC) in the Gulf of Aden and the Indian Ocean.

Meetings with local seafarers, or ‘friendly approaches’, are conducted to gather a better understanding of maritime practices by talking with the crews of fishing and trading vessels in the region and to make ships’ masters aware of the Best Management Practices (BMP) for protection against Somali-based piracy, i.e. self-protection measures.

A significant objective of EU NAVFOR is the deterrence and disruption of acts of piracy and armed robbery on the high seas. Warships apprehend suspected pirates following intelligence reports of pirate activity or sightings by merchant vessels and MPRAs.

When EU NAVFOR assets locate suspicious vessels, and further investigation confirms the suspicion, the pirate groups will be disrupted. This means action will be taken in order to render a suspected group incapable of further pirate operations. Suspected pirates may be detained with the aim to transfer them to competent national authorities for prosecution. Their equipment is often confiscated for evidence purposes. A disruption of a pirate logistics dump was also carried out on the Somali coastline as part of a focused and deliberate operation in May 2012.

In addition, EU NAVFOR warships regularly come to the aid of vessels in distress, either because of a pirate attack or because the vessel is otherwise in an emergency situation at sea. 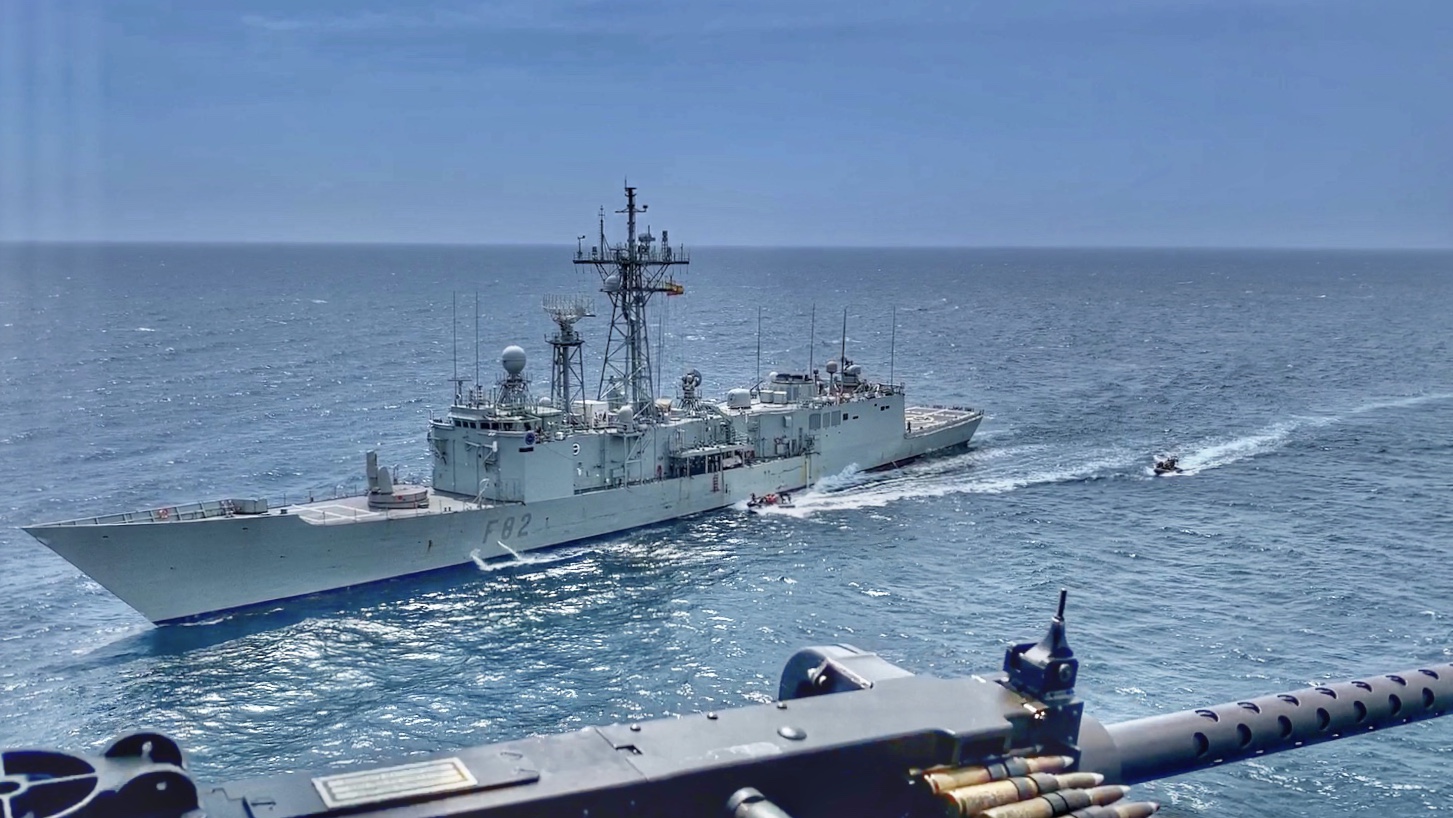 EU NAVFOR is based on Decisions by the Council of the European Union in accordance with relevant United Nations Security Council Resolutions (UNSCR) and International Law.

In the Area of Operations, EU NAVFOR units can arrest, detain and transfer persons suspected of intending to commit, committing, or having committed acts of piracy or armed robbery at sea. 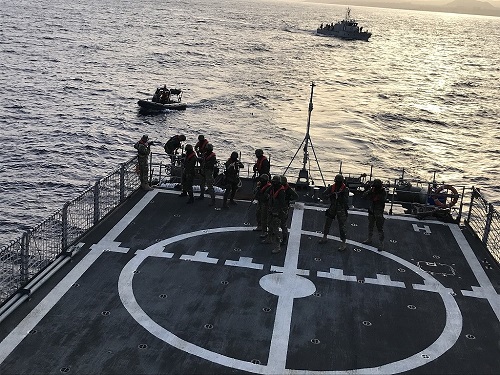 Operation Atalanta is part of the commitment undertaken by Spain, under the EU flag, in its effort to maintain security in the Gulf of Aden and Somalia waters, by protecting the World Food Programme protecting the ships of the World Food Programme, the ships of the UN misión for Somalia (AMISOM) and maintaining the security of vulnerable maritime traffic..

The transfer of the Operational Headquarters (OHQ) from the British city of Northwood to the Rota Naval Base, in Cadiz, was formalized on  the March 29, 2019, following the departure of the United Kingdom from the European Union.

Since its beginning in 2008, Operation Atalanta contributes to increase security in the Indian Ocean. For that purpose, it executes maritime surveillance activities with the aim of preventing and stopping possible acts of piracy; it collaborates in monitoring fishing activities in the Somali coast and assures food delivery from the World Food Programme (WFP). Spain, since its inception, has continuously participated in this mission by providing several naval and air resources to the European Union Naval Force (EU NAVFOR).

The Commander of the Operation is in charge of the OHQ, ready to be employed at any time and to exercise command of any operation or mision under the Common Security and Defence Policy. Vice Admiral José María Nuñez Torrente was appointed ES-OHQ Commander on April, 21, 2021 in Rota.

Spain, contributes to the Operation Atalanta with roughly 375 troops and the following assets: