NATO's Operation Support to Türkiye is part of Spain's commitment to its allies in matters of security, neighbourhood and solidarity.

Spain's involvement in this operation has been extended until the end of 2022.

The first contingent was transferred to Türkiye on  December 29th, 2014, taking over from the Dutch unit at Adana airport a month later.

At present, the Patriot Unit is made up of about 150 military personnel, based on the Anti-Aircraft Artillery Command Units  as well as personnel from the Canary Islands Command. The Spanish contingent is deployed at Incirlik Air Base. 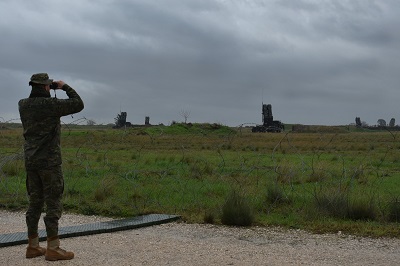 In response to Türkiye’s request, NATO has decided to augment Türkiye’s air defence capabilities in order to defend the population and territory of Turkey and contribute to the de-escalation of the crisis along the Alliance’s border.  We have agreed to do so within the framework of the NATO integrated air defence system in order to preserve, protect and enhance the ability to defend the population and territory of Türkiye in accordance with the NATO standing defence plan.

NATO’s ultimate task is the protection and defence of our members. Today, we underline once again our steadfast commitment to the security of this Alliance, and our full solidarity and resolve to protect our populations and territories.

We express our appreciation to the Turkish people and authorities for assisting Syrian citizens who found refuge in Turkey. We call for an end to violence in Syria, which represents a serious threat to stability and security in the region. We fully support the efforts of the international community to find a peaceful solution. 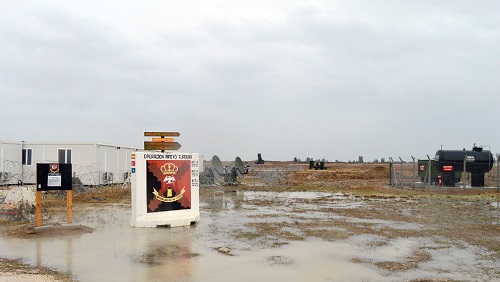 The mission Support to Türkiye (originally named Active Fence) was launched in December 2012, when NATO, at the request of the Government of Türkiye, deployed six Patriot anti-missile batteries from Holland, Germany and the United States. Its aim was to increase the Turkish defensive capabilities in light of the threats from the Syrian conflict, both from the regime of Bashar el Asad – who used Scud missiles against the rebel forces- and from the Daesh jihadi group, which managed to gain control of one of the Syrian army´s ballistic arsenals.