The Joint Staff Command (EMACON in Spanish), as the sole auxiliary command body of the Chief of Defence Staff (JEMAD in Spanish), will support the Minister of Defence with political-military advice and in military planning and leadership at the strategic level when acting within the Armed Forces Operational Command. 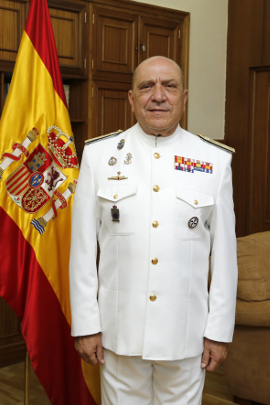 Diver and Communications Specialist, he has taken many other courses related to his career.

He was on board the Frigate "Extremadura" and the Corvette "Diana". He was Chief of Operations of the submarines "Delfín" and "Mistral" as well as Chief of Orders of the 31st Escort Squadron. He was also the second commander of the patrol boat 'Recalde' and the submarine 'Tramontana'.

He was Chief of the COMSTANAVFORMED Staff in 2002/03 during the operation "Active Endeavour”, and of COM SP HRF (M) HQ in 2005/07, where he was in charge of the preparation and certification of the NATO Response Force (NRF) in cycles 7 and 8.

Between September 2011 and March 2013, he assumed the position of DCOS Operations at the HQ MC in Naples where he was also specifically designated DCOS OPS CTF 455 for the operation "Unified Protector” in Libya.

Between May 2013 and July 2016, he was Deputy Chief of Staff Joint Force Trainer at Allied Command Transformation in Norfolk (USA).

He is married to María Cristina, he has three children of 35, 30 and 25 years old. He likes history, reading, fishing and hunting (big and small game hunting). 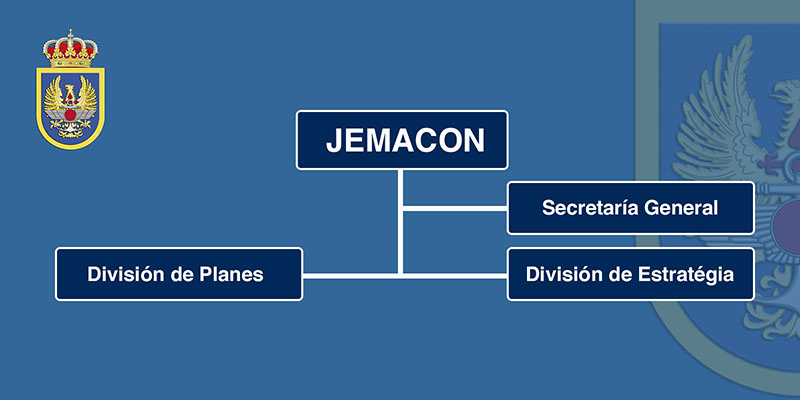 The Joint Staff (EMACON) is divided into:

The Head of EMACON consists of the General Staff Joint Command Chief (JEMACON in Spanish) and its personal supporting bodies. 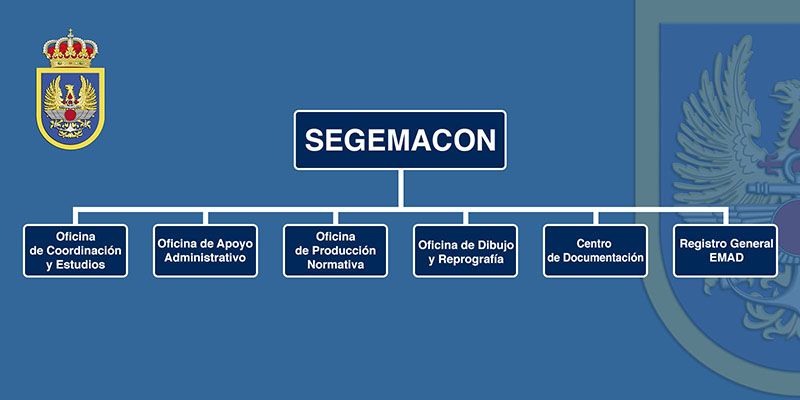 SEGEMACON is the body responsible for directly assisting JEMACON in the management of EMACON, as well as for the technical-administrative support to EMAD Headquarters bodies. It is also responsible for providing advice and support in those matters that, being under the responsibility of EMACON, are not specific to the Divisions that compose it. It will also act as Technical Secretariat of the Joint Action Support Command.

SEGEMACON is composed of the following bodies, under the General Secretary: 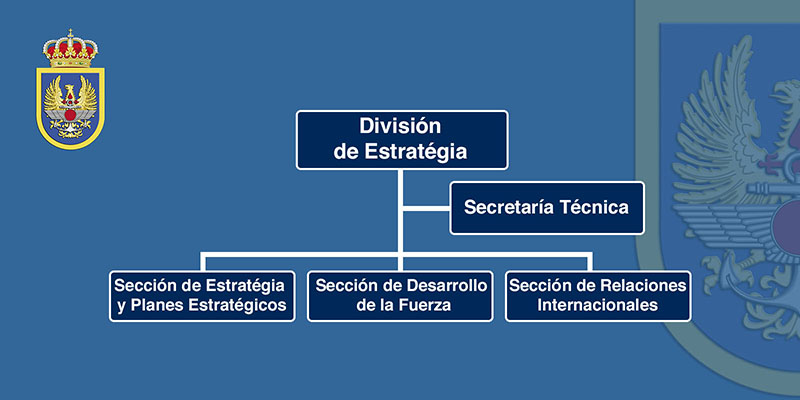 The Strategy Division (DIVESTRA in Spanish) is the body responsible for developing the Military Strategy and Armed Forces (FAS in Spanish) employment concept. It is also responsible for developing and coordinating FAS´s position before International Security and Defence Organizations (OISD in Spanish), in which JEMAD has responsibilities. The Strategy División is also responsible for planning, coordinating and controlling the activities derived from military relations of both bilateral and multilateral nature for which it is responsible; and for preparing military response options to support JEMAD in strategic operation planning and management. 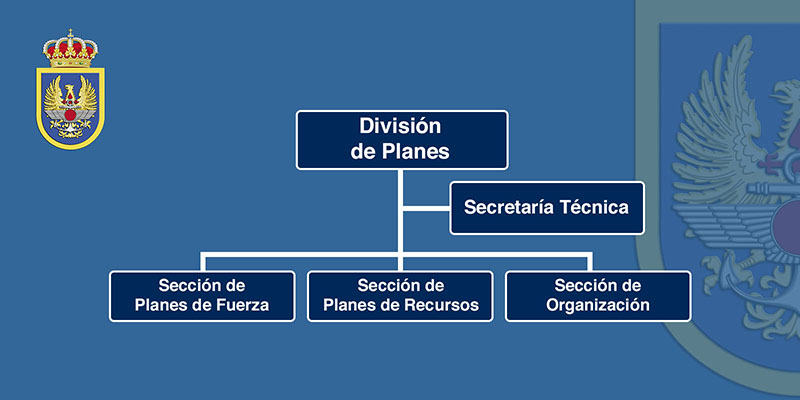 The Planning Division (DIVPLA in Spanish) is the EMACON´s body responsible for preparing and coordinating Force planning, developing duties related to the process of acquiring those material resources included within the JEMAD responsibility, and for guiding the transformation processes of FAS operational capabilities. It will be also responsible for preparing and coordinating FAS´s position before International Security and Defence Organizations (OISD) in the logistics domain.