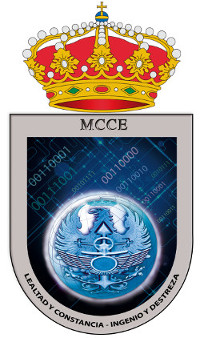 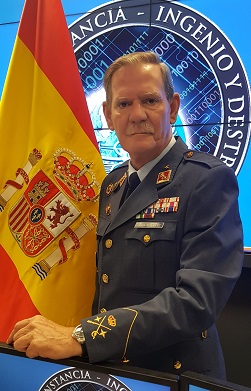 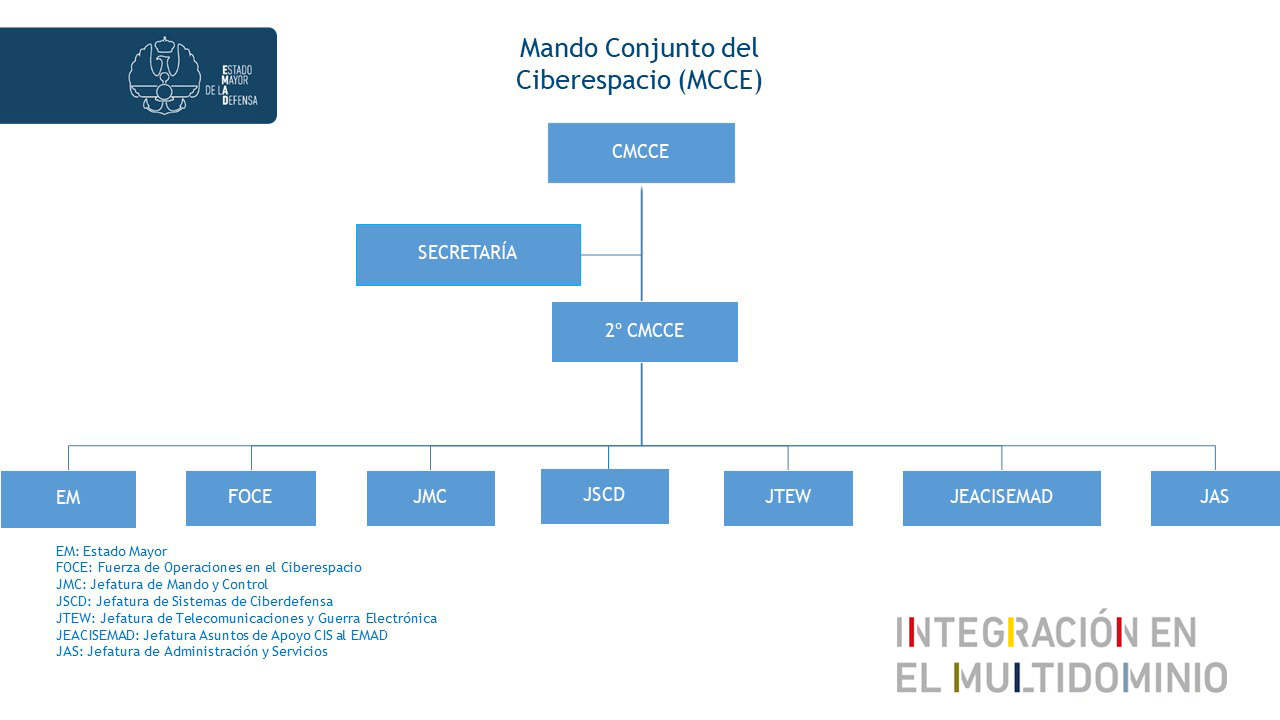 The Joint Cyberspace Command (MCCE) will be structured into:

The Joint Cyberspace Command Staff (EMMCCE) will be the main auxiliary body to the Commander of the MCCE, carrying out the planning, organisation, coordination, monitoring and control activities of the MCCE.

The EMMCCE will be structured as follows:

The National Defence Directive 2012 establishes that deterrence is the result of having capabilities and the determination to use them if necessary. To this end, among other guidelines, it establishes that the Ministry of Defence participates in the promotion of comprehensive cybersecurity management, within the framework of the principles established for this purpose within the National Cybersecurity Strategy. This comprehensive management requires the Ministry of Defence to contribute to national cybersecurity, not limited to protect purely military systems. For this reason, and due to the critical nature of the information processed by information and telecommunications systems, their multiple dependence, technical complexity, quantity and geographical dispersion of their infrastructures, the creation of a Joint Cyber-Defence Command is required to direct and coordinate actions of the Armed Forces in this area.

The creation of the Joint Cyberspace Command (MCCE in Spanish) is the result of a gradual process in which six milestones are highlighted:

ESP DEF-CERT is the name of the Ministry of Defence Incident Response Centre. It is part of the Joint CyberDefence Command. Its scope of action includes the networks and the information and telecommunications systems of the Spanish Armed Forces, as well as those other networks and systems specifically entrusted to it that may affect the National Defence.