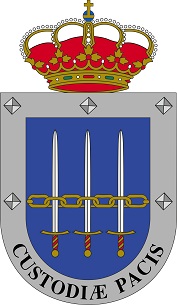 The Operations Command (MOPS in Spanish) is the body for the operational structure, subordinated to the Chief of Defence Staff (JEMAD in Spanish) and in charge of conducting the operational planning and management, together with the monitoring of the assigned operational plans and military operations. It is also responsible for planning and conducting those established joint and combined exercises. It is composed, on a permanent basis, by the Headquarters and Staff of the Operations Command, and it is organically incorporated into the Defence Staff.

Heraldic description: “Blue, three high silver swords. In a seven-link gold chain belt, those chains occupying paired positions are crossed by the swords. Silver border with six nails of the same metal and, on the barrier, the slogan “CUSTODIAE PACIS”.

The three linked swords by a chain represent the three branches of the Spanish Armed Forces (Army, Navy and the Air Force). These three swords are the same size, category, and significance. The motto “Custodiae Pacis” means “(we are) the peacekeepers”. 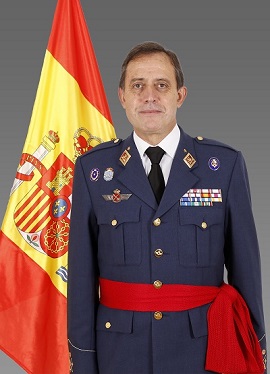 Position: Commander of the Operations Command.

The Commander of the Operations Command (CMOPS) will exercise authority at the operational level, and will be in charge of planning and executing or monitoring the joint, combined and specific operations, except those related to permanent peacetime missions assigned to the Chiefs of Staff of the Army, Navy and the Air Force.

He holds the office of Chief of Staff, receiving assistance in his exercise, and is responsible for:

The first regulatory reference to the Operations Command (MOPS) is registered in the Strategic Defence Review of February 2003. In this paper, not only is established the need for creating the MOPS in its Basic Criterion 5, but it is also stipulated that “the Chief of the Operations Command will exercise, under the Chief of the Defence Staff, management of the ground, naval and air forces needed for fulfilling of all the operational missions in time of peace, crisis or war. The present Command will conduct the pertinent exercises for joint and combined training, as well as evaluating the operational plans in force. It will also have a Joint Staff of operational nature”.

According to Spanish Royal Decree 1551/2004 of 25th June, which develops the basic organizational structure of the Ministry of Defence, the Armed Forces are organised into two different structures: an operational one, to be used in the assigned missions, and an organic one, for force preparation. The operational structure is then constituted by the Defence Staff, composed in turn by MOPS and the Joint Staff.

After issuing the Order of Ministry of Defence 1076/2005 of 19th April, by which the structure of the Defence Staff is developed, together with the subsequent approval of the corresponding personnel, the implementation of the new operational structure is initiated, as established by Royal Decree 1551/2004.

On January the 27th, 2006, the duty of first Commander of the Operations Command (CMOPS) was assigned to Lieutenant General of the Army, Mr. Bernardo Álvarez del Manzano Albiñana. He held this position until February 2008.

Former Commanders of the Operations Command 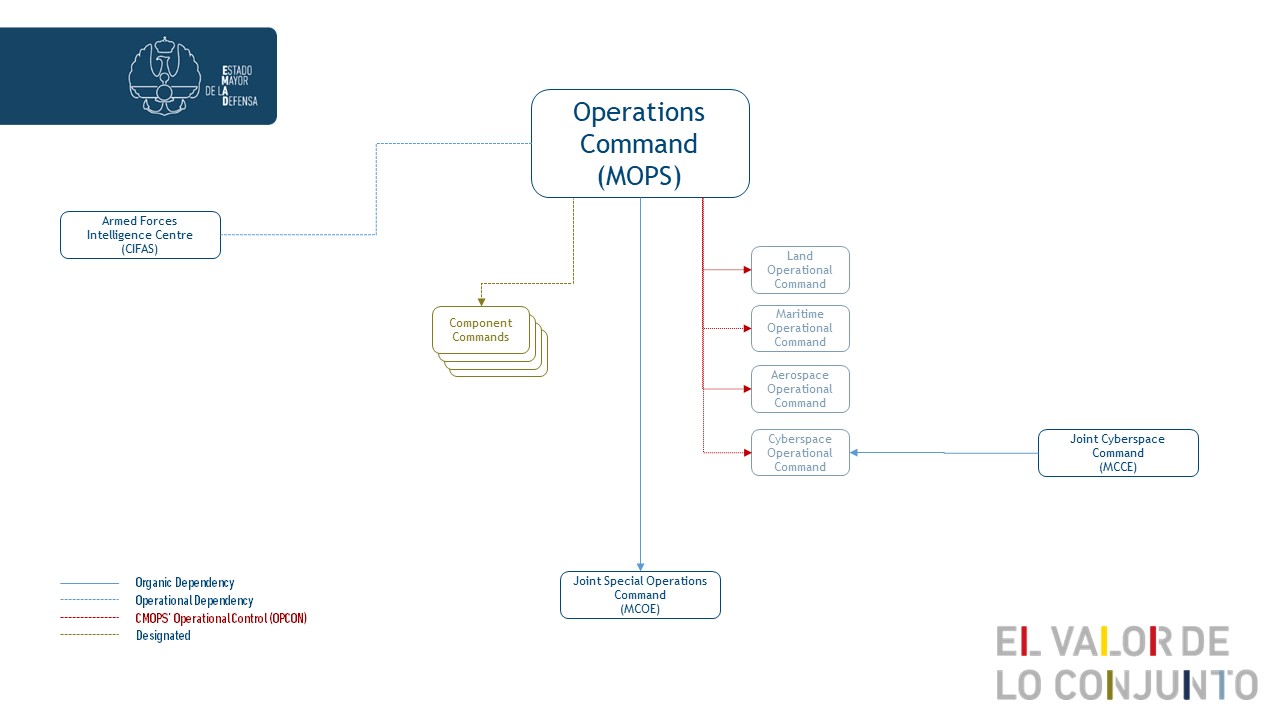 The Operations Command (MOPS in Spanish) is structured as follows :

HEADS OF UNITS THAT MAKE UP THE OPERATIONS COMMAND