The offshore patrol vessel 'Serviola' returns to the Ferrol dockyard, after successfully completing its deployment to the West African coast and the Gulf of Guinea.

The 'Serviola' set sail on March 22 to deploy to the West African coast and the Gulf of Guinea, a region whose key maritime routes make the arrival of raw materials and oil to Spain and the European Union possible despite being one of the most dangerous areas of piracy in the world.

The patrol vessel has spent 93 days away from home and she has sailed over 13,000 miles, investigated more than 400 contacts at sea, and supported Spanish oil tankers and fishing vessels to ensure their free transit in the Gulf of Guinea. She also collaborated with the Navies of Nigeria, Ghana, Gabon, Equatorial Guinea, Ivory Coast, Senegal and Mauritania, to enhance their capabilities in the maritime field.

The West African coast and the Gulf of Guinea constitute a strategic element of first level both for Spain and for the rest of the European Union, as it enables the arrival of raw materials and fuel through its maritime routes. The increase in piracy and acts of armed robbery at sea poses a significant risk to national fishing and maritime community that operates legitimately in this region, constituting a destabilizing element for maritime security in the area, which is necessary to guarantee the transportation of all these resources to Spain.

The Maritime Operational Command (MOM in Spanish) is the body within the operational structure of the Armed Forces, subordinated to the Chief of Defence Staff, responsible for planning, conducting and monitoring surveillance and security operations in maritime areas of sovereignty, responsibility and national interest. It is under the command of the Admiral for Maritime Action (ALMART) based in Cartagena.

About the offshore patrol vessel 'Serviola'

Commanded by Lieutenant Commander Joaquín Pita da Veiga Subirats, it has a crew of 46 members. In order to fulfill its mission, an operational security team (EOS in Spanish) made up of personnel from the Marine Corps based in Tercio de Armada in Cádiz and other support personnel are embarked in order to enhance the ship’s capabilities. 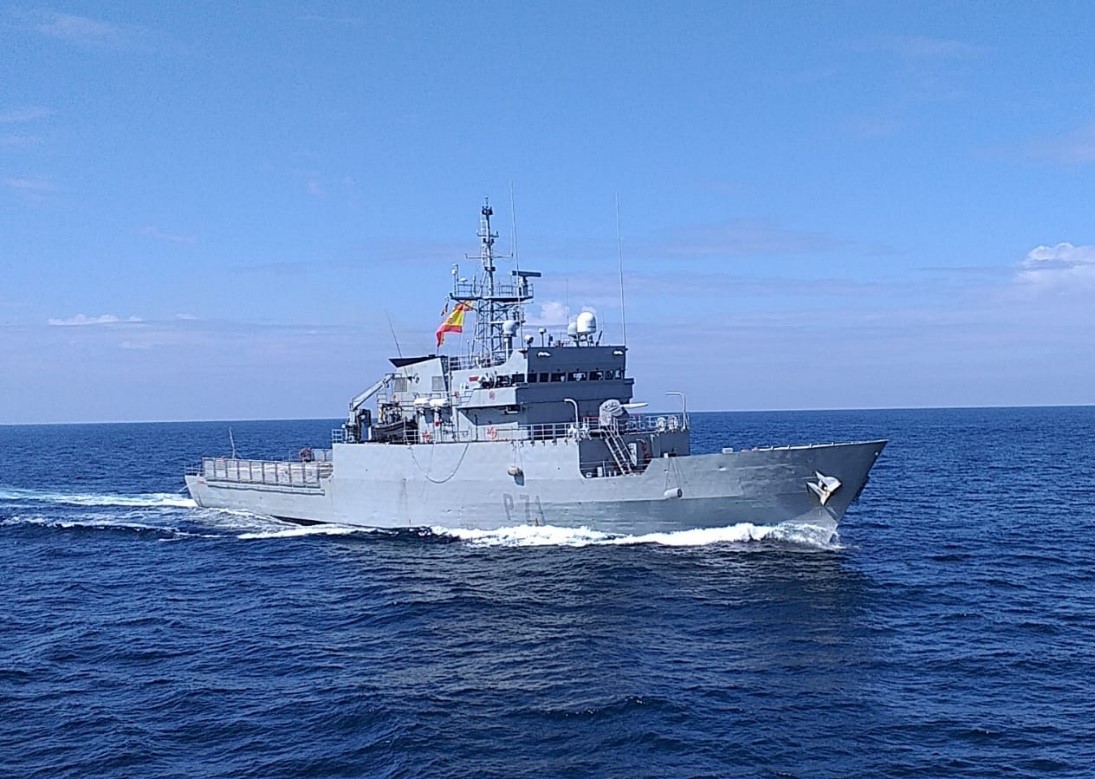