The frigate 'Blas de Lezo' (F-103) will set sail on March 3 from the Military Arsenal of Ferrol in order to join a combined training activity with the Carrier Battle Group of the French aircraft carrier 'Charles de Gaulle' in the Atlantic Ocean, under the operational control of the Operations Command.

The incorporation of the Spanish Navy ship to this group will be carried out in the waters of the Alboran Sea. The ship will conduct an escorting mission - anti-aircraft defence- of the French carrier.

During the integration, which will take place from March 3 to April 13, the frigate 'Blas de Lezo' will participate in different international allied exercises such as the 'Joint Warrior 20-1', which will be held in the north of the United Kingdom or the 'Frisian Flag 20', in Denmark.

The Spanish frigate was already certified as an escort ship for the aircraft carrier 'Charles de Gaulle' in the month of December 2019, during operational activities configured as a training prior to this participation. The Carrier Battle Group also includes frigates from the United States Navy, Germany Navy, Belgium Navy, Holland Navy and Portugal Navy.

The combined training, framed within the operational structure of the Armed Forces, is an opportunity for advanced instruction that will allow the frigate 'Blas de Lezo' to take advantage of the operational activities of the Carrier Battle Group in order to enhance the capabilities of this type of vessel.

The 'Blas de Lezo' crew consists of 185 members, as well as an Air Unit-Flight Crew-, composed of an SH-60B from the 10th Aircraft Squadron, and controllers from the Air Group of the Aircraft Flotilla.

The 'Blas de Lezo' is the third of the five frigates of the 'Alvaro de Bazán' class frigates (F-100), and is part of the 31st Escort Squadron, along with 'Patiño' and 'Cantabria' combat replenishment ships (BAC). It was delivered to the Spanish Navy in December 2004. The frigate is 147 metres long, with a beam of 18.6 metres and a displacement of over 5,800 tons.

Considered to be one of the best escort ships in the world, these F-100 multipurpose frigates are known both for their anti-aircraft capabilities and their command and control capabilities, as command ship. The frigates are equipped with the AEGIS Combat System, together with the associated SPY 1-D multifunction radar. These systems provide a high level of detection capacity, even in coastal waters, as well as the necessary firepower.

This frigate is named after Lieutenant General Blas de Lezo y Olavarrieta, hero of the Battle of Cartagena de Indias and one of the most illustrious naval officers in the history of Spain. It is the fifth ship in the history of the Armada to receive this name. 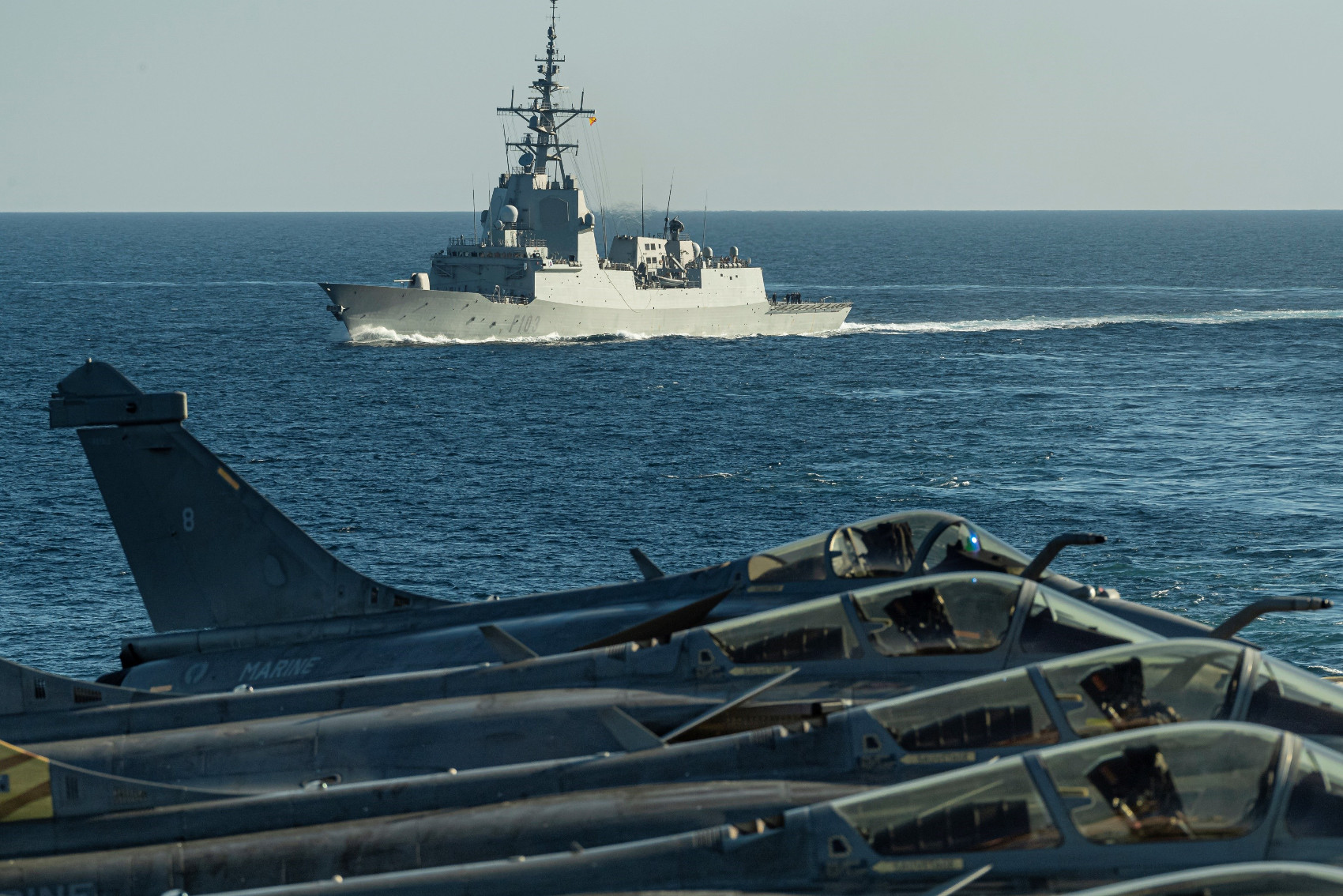