The current contingent of EUTM RCA, which includes Spanish military, implemented for the first time during its rotation in EUTM RCA, the Training Operational Cycle (TOC). It is aimed at complementing the national pre-deployment training of the different contingents with the different specific procedures and contingency plans that the mission has.

This cycle has a complete duration of 6 months, adapting to the deployment of the Protection Force Unit (currently of Georgian nationality), split into three bi-monthly cycles in which exercises of three levels of difficulty are carried out: basic activation-oriented from one of the various PTAs (Primary Training Audience), such as the QRF (Quick Reaction Force), the MERT (Medical Emergency Response Team) and other elements of the mission; followed in each cycle by an average exercise, where the coordination between the different PTAs is put into practice; The end of each bi-monthly cycle culminates with a complex exercise, where a scenario with multiple events is designed, which requires the activation and use of the maximum capabilities of the mission and where, in addition, one of the existing contingency plans is activated as well.

Within the framework of the current Training Operational Cycle, on Friday June 03, 2022, the members of the EUTM RCA mission carried out the first complex exercise, called "NGANGO OKO" ("together stronger" in the local language, Sango). , thus ending the first bi-monthly cycle of the TOC.

In this exercise, different events were simulated, which required the use of two MERT teams, the QRF and a vehicle recovery team (VRT), also including the activation of the Camp Moana defence plan.

Once the camp defence plan was activated, and as part of the exercise, different teams belonging to the mission pillars that carried out tasks in the city of Bangui were led by the SITCEN (Situation Center) of the Mission's headquarters to several prearranged safe havens throughout the city of Bangui.

The exercise was carried out as planned, achieving the planned training objectivesand also obtaining identified lessons that will help refine procedures and improve our reaction to a similar scenario. 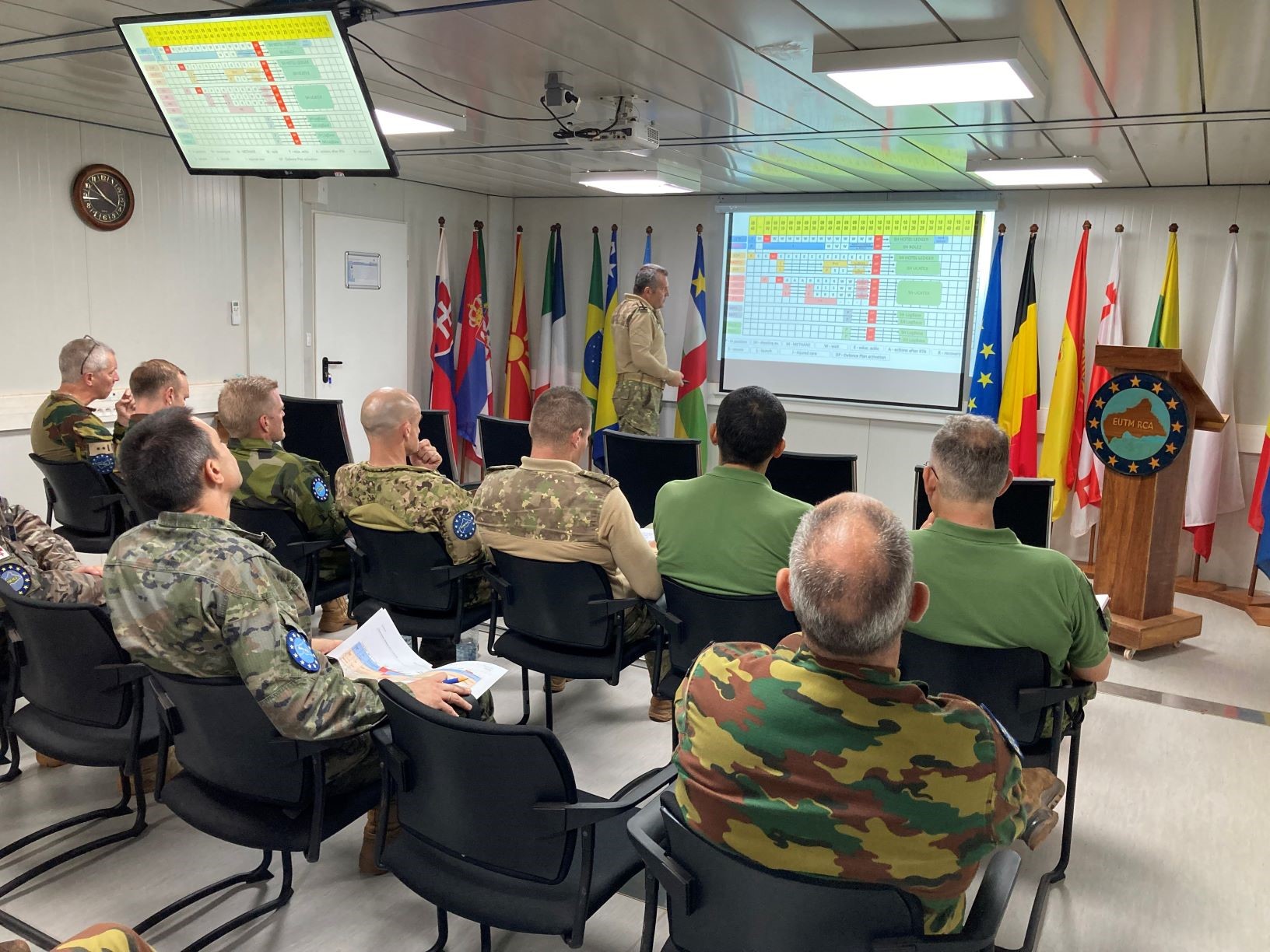 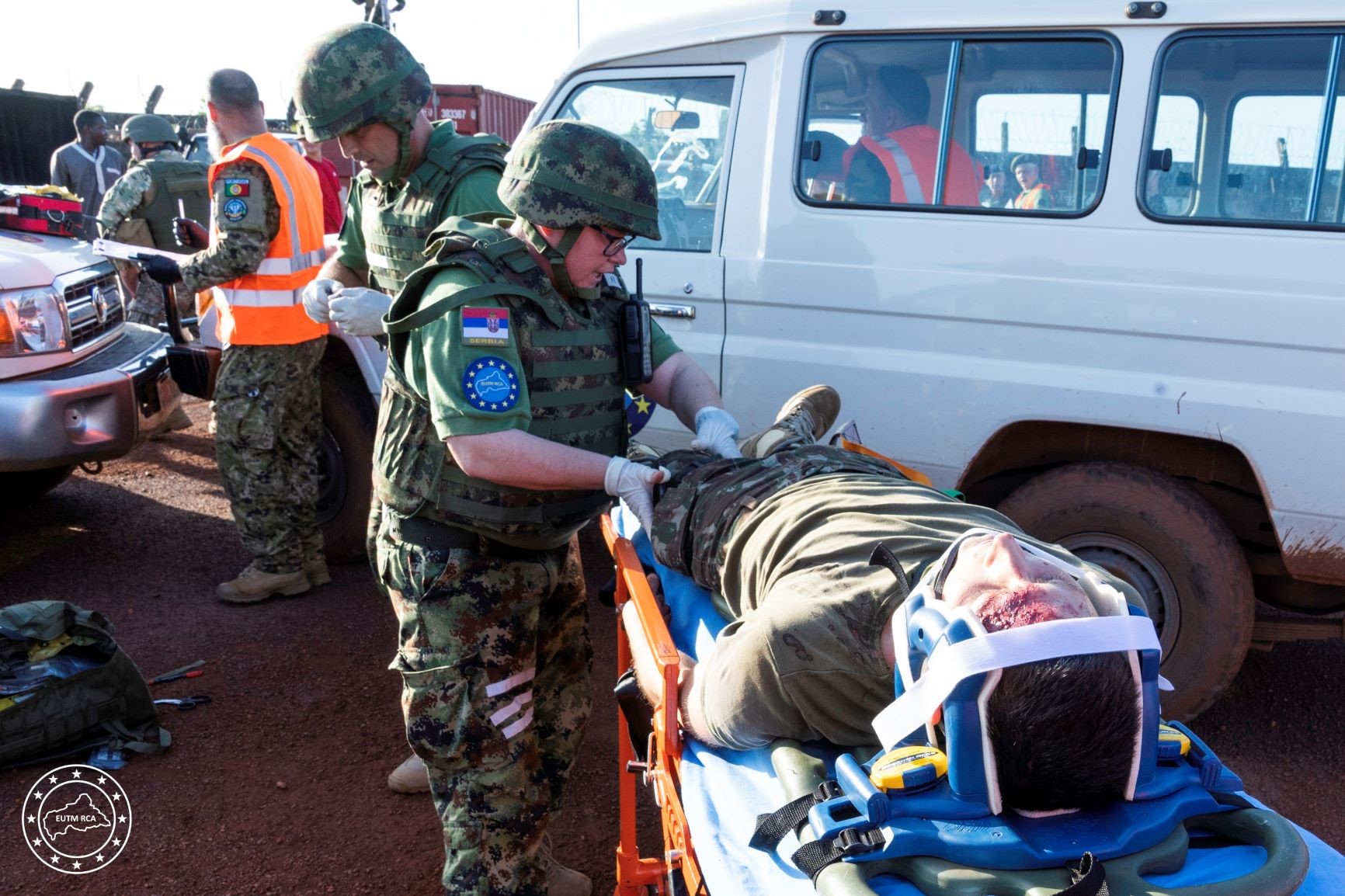