A delegation headed by the Belgian CHOD and composed by 4 people and another Eurocorps delegation led by its Deputy Commander, general Rafael Colomer Martínez del Peral, have been received by the Head of the EU Training Mission at the Central African Republic (EUTM RCA).

During the visit, both commanders were briefed on the status of the mission and were presented with the main issues related to it, as well as the issues and challenges it faces.

After the briefing, general Colomer, posed with all the personnel belonging to the Eurocorps and deployed on the mission.

They also had the opportunity to visit the Kasai Training Centre, where they learned first-hand about the different training courses taught to the Central African Army (FACA). The meeting was attended by General Mamadou, Chief of Staff of the FACA, and General Bétibangui, Chief of Plans. 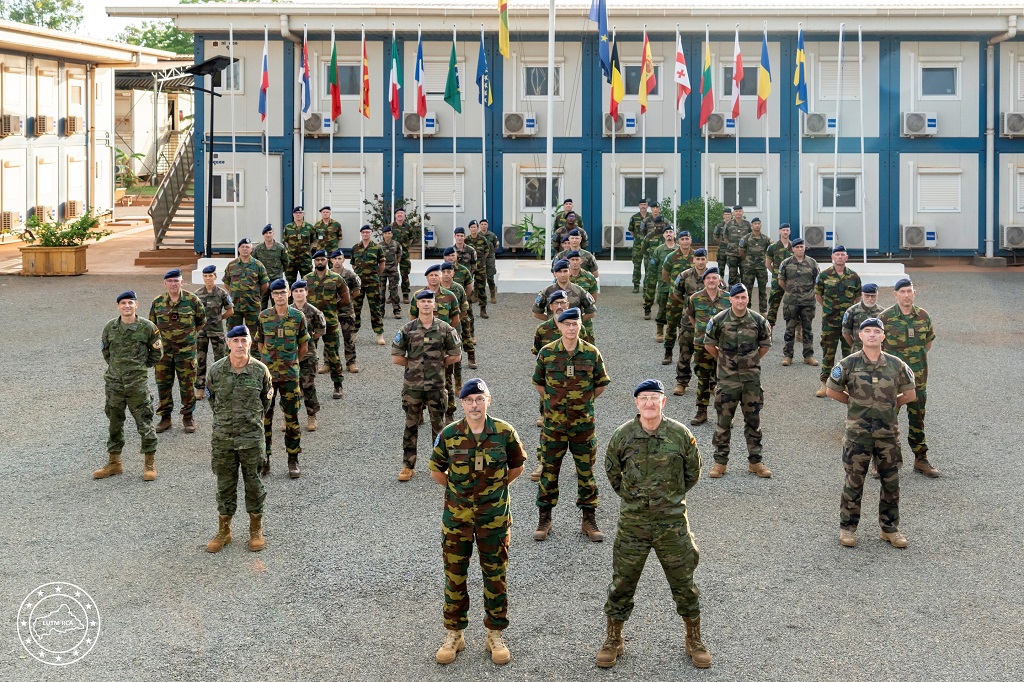