Staff from the European Union Training Mission in Somalia (EUTM-S) have successfully completed the 1st Intel Staff Course. The certificates of achievement were presented to the nine students who attended the course, at the Somali National Army (SNA) Training Centre 'General Dhagabadan' in Mogadishu.

For four consecutive weeks, personnel from the EUTM-S Team of Trainers (TT), with the participation of Spanish captains Miguel Marraco, in his role as deputy course director, and Aritair Román, mentor of the training centre, have taught theoretical and practical lessons in basic concepts and features related to this subject, to officers who will soon fill key positions within the SNA units.

Colonel Jose Antonio Latorre, head of the TT, chaired, along with Somali Army training managers, the final exercise of the course in which the practical knowledge learned by the students was displayed. At the end of the exercise, Colonel Latorre, on behalf of EUTM-Somalia Force Commander, declared the course officially closed, and presented the 'outstanding' certificate to the most distinguished student of the course.

This course, which is a pioneer in its design and execution, is part of a new, more versatile, specialised and realistic training programme, adapted to the daily needs of the Somali Army. The ultimate purpose is not only to provide the SNA with these capabilities, but also to support and advise it in establishing and leading its own training system.

This course is another milestone in the training of the Somali Army and a new step ahead in the training effort, which is one of the three main pillars of the mission, along with advising and mentoring, and in which Spain participates in a very active way; being the second largest contingent after the Italian, and filling important positions within the mission. 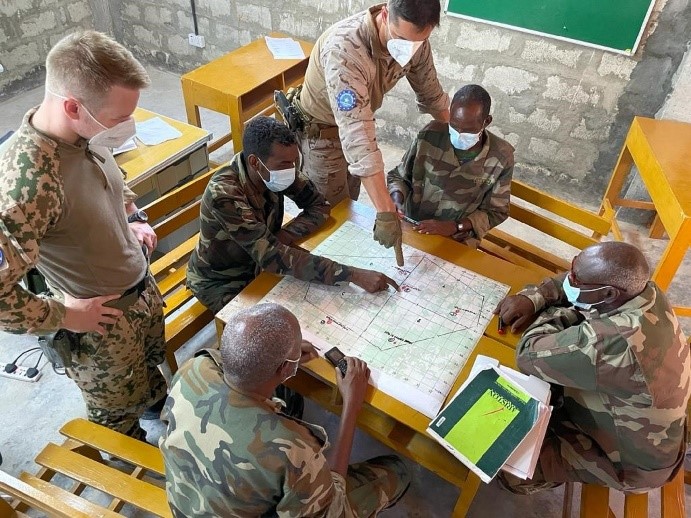 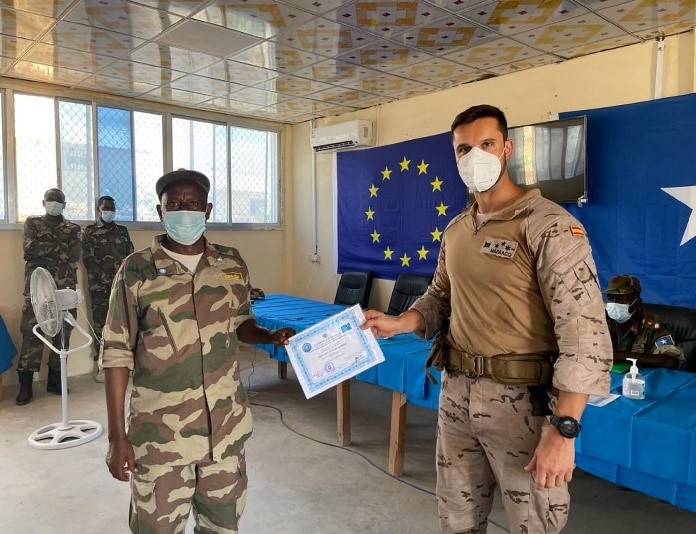 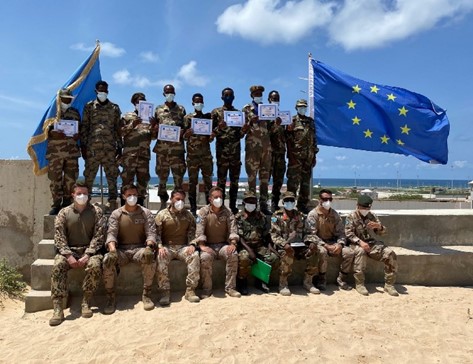