At 13:00 local time (11:00 in Spain) today, the P.3M-09 of the 22 Group of Morón landed at the French Base BA188 "Colonel Massart" in Djibouti, successfully completing mission number 7291 on this operation and reaching 10,000 flight hours of the P.3M in Operation Atalanta, which is a new milestone for the Spanish Armed Forces and also the Air Force.

During this flight, the 'Swan' carried out a reconnaissance and surveillance mission off the coast of Somalia.

The first flight of the P.3M deployed in the Orion Detachment in Djibouti for Operation Atalanta took place on January 27, 2009, and since then, the Air Force has continuously maintained a maritime patrol plane within the operations against piracy.

The surveillance and maritime patrol missions carried put by this aircraft have been a key element in improving maritime security, contributing significantly to countering criminal activities in the Indian Ocean.

These 10,000 flight hours achieved by the P.3M in Djibouti shows the Spanish Armed Forces' commitment to Operation Atalanta in order to reinforce the security and stability of the Horn of Africa region. 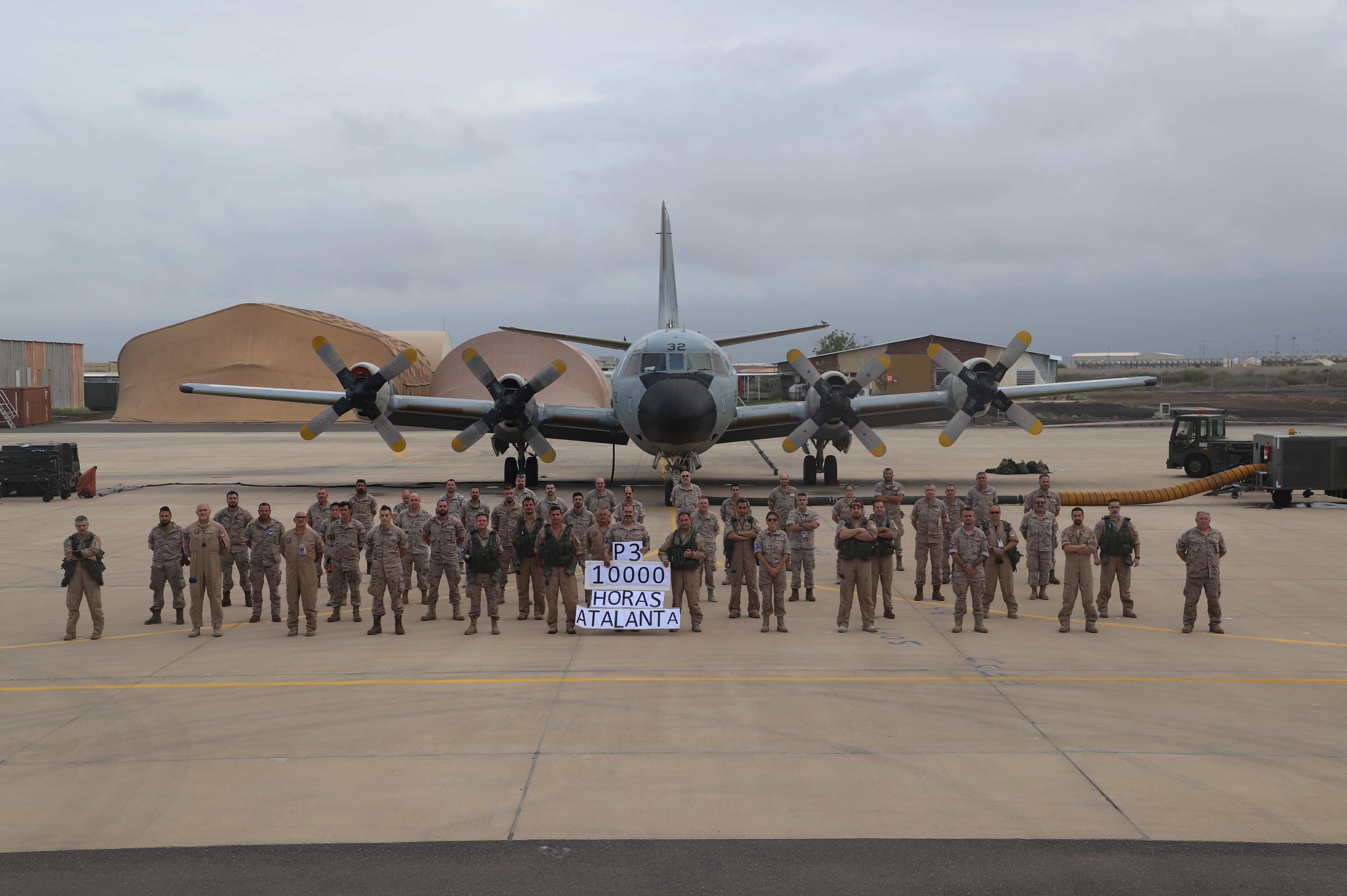