The Lebanon Brigade (BRILIB) XXXVII has reached the end of its sixth deployment in southern Lebanon. During these six months, the Cordoba Brigade, under the United Nations flag, has carried out the mission framed within the United Nations Interim Force in Lebanon (UNIFIL) -under national operational control of the Operations Command-, in compliance with Resolution 1701. During the course of this mission, operational activities have been carried out in compliance with the UN mandate to monitor the cessation of hostilities between Hezbollah and Israel and to accompany and assist the Lebanese Armed Forces (LAF) in the south of the country, in addition to guaranteeing humanitarian access to civilian populations and the voluntary and safe return of displaced persons.

The Spanish contingent comprised nearly 700 men and women. In addition to these elements, there are more than 200 military personnel from Serbia, El Salvador, Brazil and, for the first time since Spain deployed in 2006, Argentina. All these troops have been part of BRILIB XXXVII and together with the battalions from India, which includes Kazakhstan, Indonesia and Nepal, have made up UNIFIL Multinational Brigade Eastern Sector, under the command of BRILIB Chief General, Brigadier General Ignacio Olazábal Elorz, with more than 3,500 soldiers of nine different nationalities.

More than 40,000 patrols have been carried out continuously, of which more than 6,000 have been in coordination and cooperation with LAF. The Spanish Brigade's Area of Operations has been patrolled in its entire extension, day and night, every day of the week; by foot, in armoured vehicles and by helicopter. During this period, Spanish military personnel have travelled more than 715,000 km, including operational movements and operational support.

Cooperation activities between the LAF and UNIFIL in the framework of the strategic dialogue are currently focused on the deployment of the Lebanese Armed Forces model regiment in the UNIFIL area of operations. Within this framework, BRILIB XXXVII has contributed to the promotion of this model by participating in the Steel Storm I/22 and II/22 exercises, in which, together with the LAF and other UNIFIL countries, it has conducted live-fire exercises in the context of different tactical scenarios. During these six months, 14 joint training exercises with the LAF and 7 joint UNIFIL exercises were carried out. Through these exercises, different action procedures have been put into practice with the aim of unifying the procedures for action in the face of different incidents in which the forces may be involved, to achieve greater coordination and standardisation of joint operations.

As part of the operational activities, Sector HQ has monitored demining tasks in the Area of Operations and provided security and protection elements. During the course of BRILIB XXXVII, the neutralisation, clearance or controlled explosion of 1,500 anti-personnel mines has been carried out.

In support of the fulfilment of the mission and to contribute to peace and stability south of the Litani River, projects have been carried out to help and improve the living conditions of Lebanese society and the infrastructures and basic services of its local municipalities. Financed by the Kingdom of Spain, 26 Quick Impact Projects (QIPs) have been implemented to address the basic needs and services of the municipalities for the benefit of the community. Spanish donations from associations and the private and institutional sector provided 6.5 Tm of school, health and sports materials, clothing and footwear for children and young people, toys, fertilisers, work clothes and personal protective equipment in 26 municipalities and different centres.

In order to support economic, social and cultural development, the following programmes have been implemented; Cervantes -teaching the Spanish language in 9 centres with 25 classrooms and 295 pupils, Bachiller Carrasco -providing help and care for children with special needs in 2 centres with more than 30 families attended, Almazara in collaboration with agronomists from the Universities of Zaragoza and Extremadura, Rocinante in collaboration with veterinarians from the Universities of Cordoba and Murcia, Duque de Ahumada with workshops on road safety and self-defence techniques for women and Sancho Panza in which Spanish culinary culture has been promoted. In addition, 74 direct medical assistances to the civilian population and 30 veterinary assistances have been carried out. Finally, 28 activities related to the gender perspective have been organised in different localities. BRILIB XXXVII has finished its work, but Spain continues to firmly support its commitment to Lebanon and the international community. 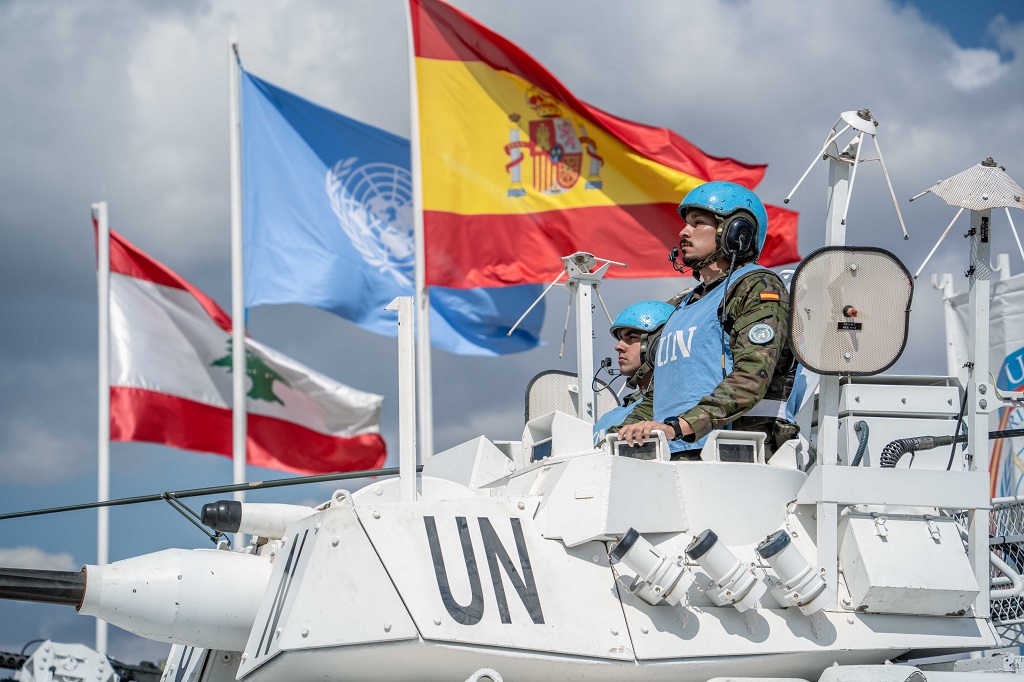 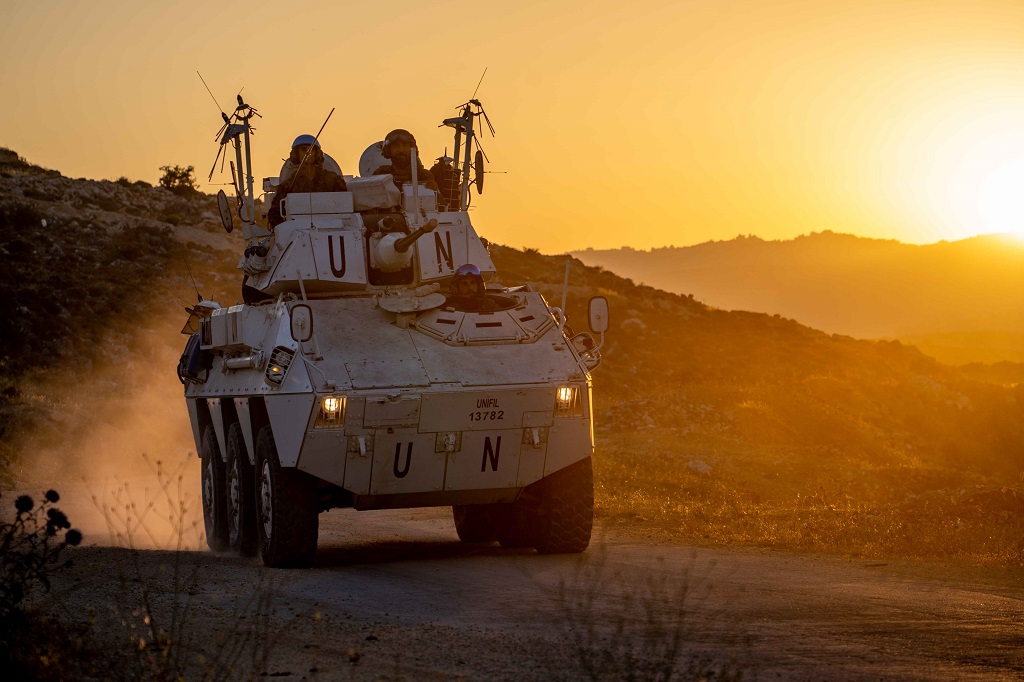 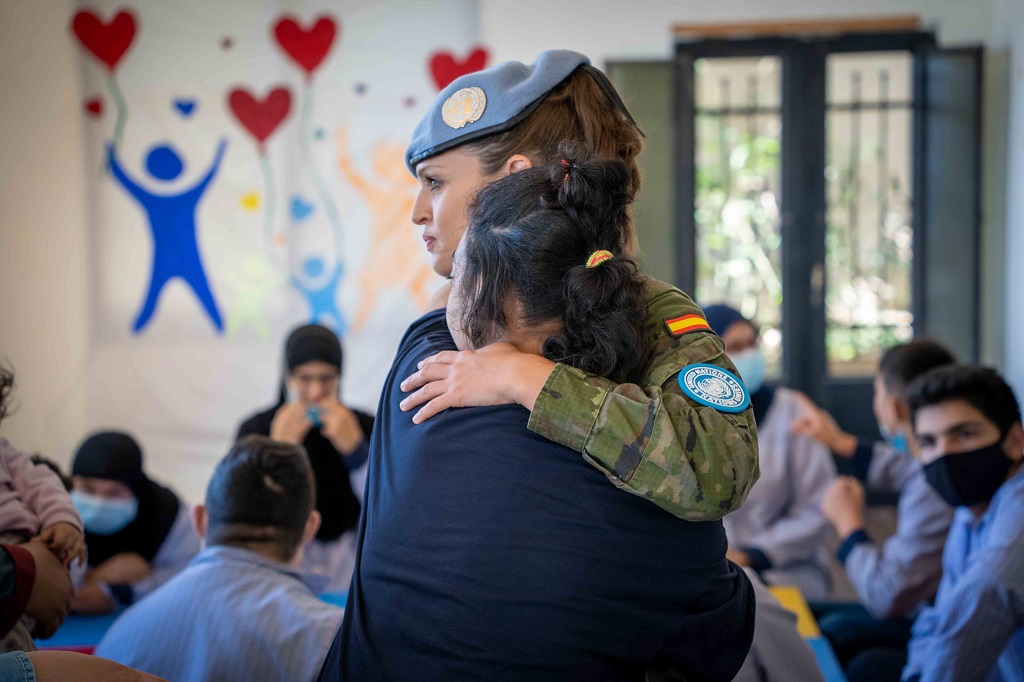