The Director General of the Guardia Civil, María Gámez Gámez, has visited in Senegal the facilities of the "Escale Aéronautique Commandant LEMAITRE" of the Blaise Diagne International Airport, headquarters of the Tactical Air Detachment (DAT) Marfil. The Director General was accompanied by the Ambassador to Senegal, Olga Cabarga Gómez.

On their arrival, they were received by the Force Commander, Lieutenant Colonel José Gabriel Gárriz Hernández, and by personnel commissioned for the occasion.

The visit began in the vicinity of the maintenance hangar, where the Force Commander spoke to them about the missions and tasks carried out by the Detachment.

The Operations and Maintenance Chiefs explained the technical characteristics of the T-21 aircraft and the duration and complexity of the operations carried out in the Sahel area.

Subsequently, the delegation went to the flight platform, where the Director General had the opportunity to greet the Guardia Civil crew, as well as to learn about the type of operational missions carried out by the T-19 model.

The visit concluded with the Chief of Force bidding farewell to the delegation.

Spanish Air Force's DAT 'Marfil' operates from the 'Escale Aéronautique Commandant LEMAITRE', in the facilities of the French Elements in Senegal (EFS) at the Blaise Diagne International Airport, a few kilometres from Dakar (Senegal). Under the operational command of the Operations Command (MOPS), it is tasked with intra-theatre tactical and logistical airlift missions, as well as in-flight refuelling, if the air assets deployed so permit, in support of France in its fight against terrorism within the framework of Operation Barkhane. The detachment also supports the United Nations missions MINUSMA and MINUSCA, to stabilise Mali and Central Africa respectively, as well as the European Union missions EUTM RCA and EUTM Mali, to support the training and education of the armed forces of these countries, and the G5 Sahel Joint Force.

The detachment is made up of 70 military personnel from different Air Force units, mostly personnel from the 35th Wing, the Air Deployment Support Squadron (EADA) and the Mobile Air Control Group (GRUMOCA). It operates with two Airbus C295 (T-21) aircraft belonging to the 35th Wing of the Getafe Air Base. The mission's Joint Force Air Component Command (JFACC), located in Lyon (France), is in charge of scheduling the missions of the two Spanish aircraft, which operate H24 in the Joint Operations Area (JOA), an extensive area that includes 21 African countries, slightly larger than continental Europe.

After being operational for over eight years, DAT 'Marfil' has become an outstanding example of the contribution of the Armed Forces to Spain's external action in its commitment to international peace and security. 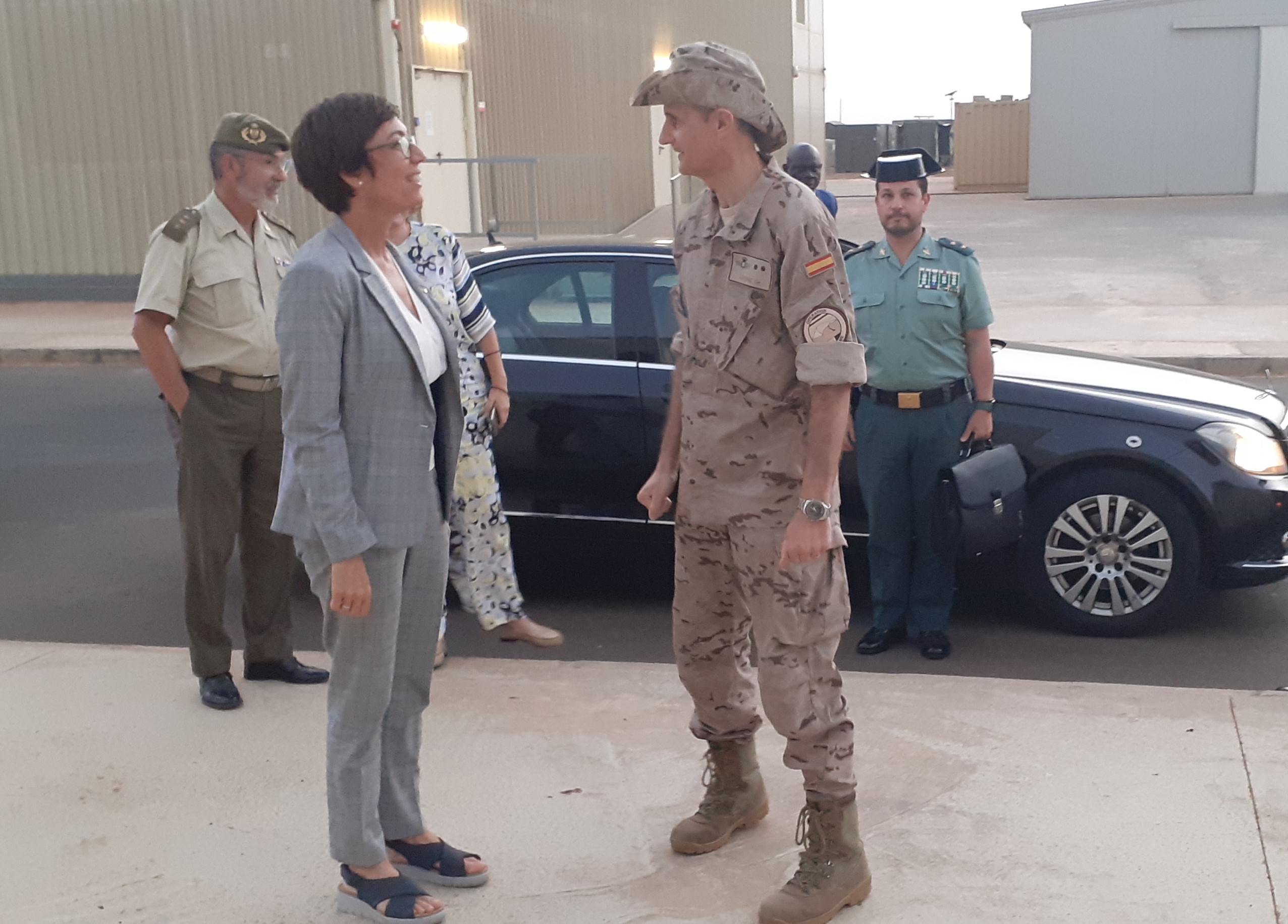