Maritime Action Vessel 'Furor', docked at the port of Douala (Cameroon) since last Monday, April 12th, has given away 21 laptops to the religious congregation "La Pureza de Maria" to be delivered to the Primary School "Saint François Xavier".

The equipment has been donated by the NGO "Friends of the Third World", which requested support from the Ministry of Defense, through the Operations Command (MOPS), for the tansportation of the equipment to the area on board the ship "Furor".

The give away ceremony was chaired by the Spanish Ambassador to Cameroon, Ramón María Moreno González.

The warship, integrated in the Maritime Operational Command (MOM), supports Defense Diplomacy, collaborates with the educational, social and humanitarian duties reinforcing the visibility of Spain and the Armed Forces in that area. 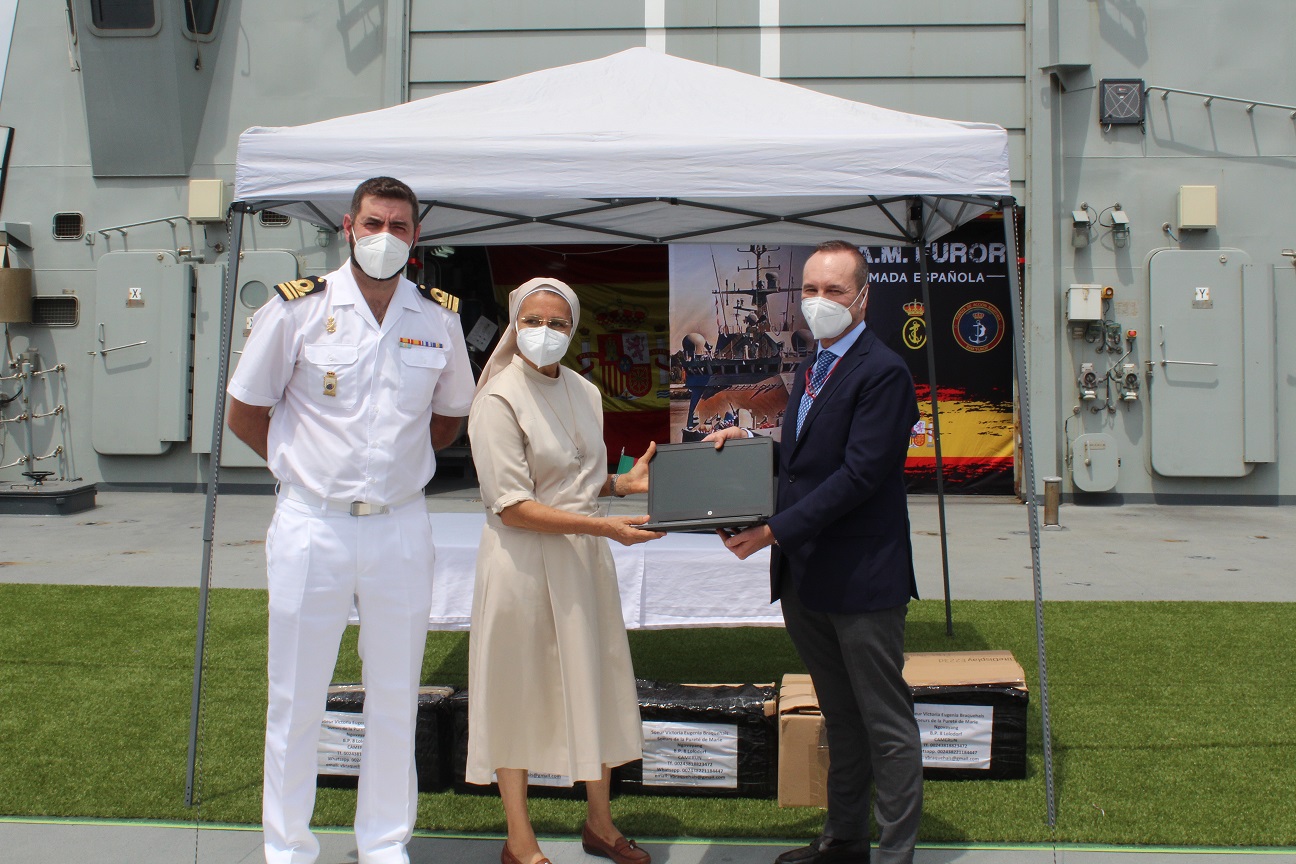 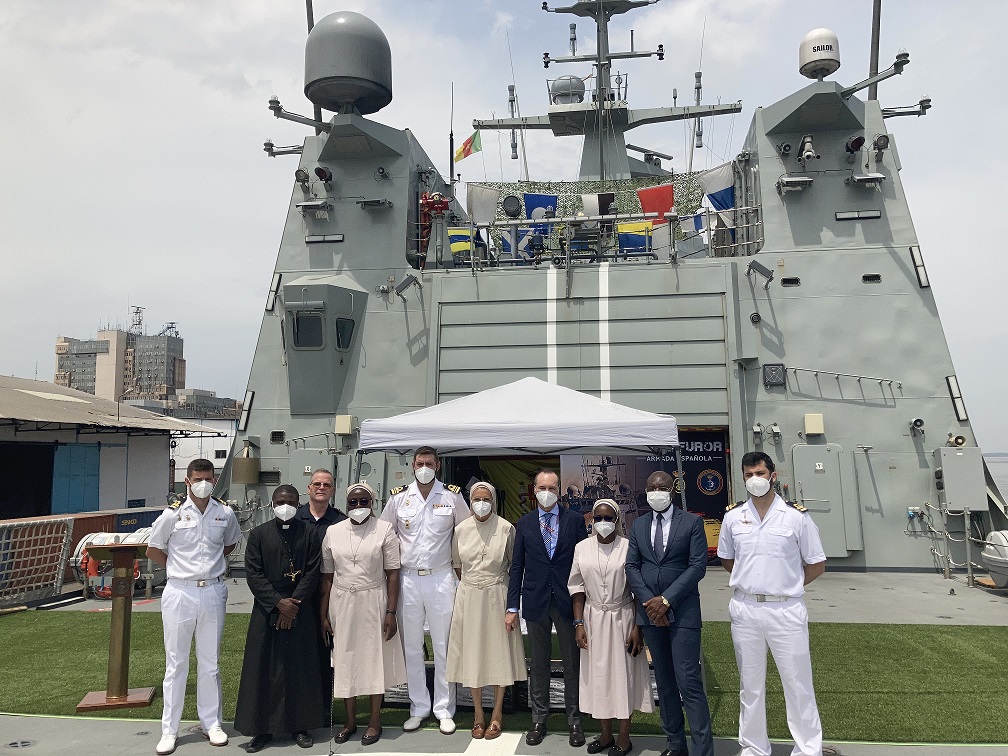