On Saturday 13th, Spanish warship 'Furor', sailing 55 miles off the coast of Guinea-Bissau, received a call from the Spanish fishing boat 'Costa de Huelva' requesting help to evacuate a minor wounded crew member to the fishing boat 'Ría de Dakar', which was on its way to port.

The transfer between both fishing boats was made using Furor's semi-rigid boat, and the injured man was evacuated to be treated at a hospital.

This kind of action reflects the contribution of the Armed Forces to the security and well-being of Spanish citizens and interests beyond our borders.

Vessel 'Furor' is currently engaged in the African Deployment, an operation that improves knowledge of the maritime environment off the coast of West Africa and the Gulf of Guinea and enables it to carry out Cooperative Security and Defence Diplomacy activities with the coastal countries. 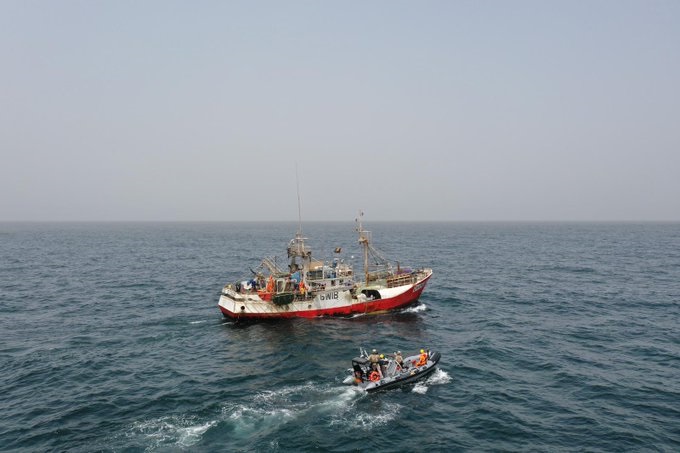