Estudiantes Foundation and Movistar are collaborating with the Armed Forces by donating 15 official kits for the members of the women's basketball team in Somalia. This collaboration has been made possible thanks to the Spanish military of the Spanish contingent, deployed in the European Training Mission (EUTM) to the Somali army. The donation has been managed thanks to the work between the CIMIC areas of both the MOPS and the contingent.

The initiative was born at the end of 2020 when soldiers of the Spanish contingent in EUTM Somalia became aware of a women's basketball team practising this sport in the city of Mogadishu, the capital of Somalia, which is currently in unstable security conditions.

Given the courageous attitude of these players and coaches, the military personnel in Somalia approached the Foundation Estudiantes who quickly picked up the gauntlet and got to work together with Movistar, their main sponsor, on a donation of sports equipment.  In the end, fifteen (15) official playing clothes of the club's first women's team were donated.

Estudiantes Foundation, Movistar and the Commander of the Operations Command wanted to highlight the importance of this sort of initiative, as civil-military cooperation is one of the key tools in missions in conflict zones where the victims are the most vulnerable, and sport is also a key factor in the development of solidarity and peace building. For this reason, a videoconference was held with the area of operations, in which both the Spanish and Somali coaches and their players took part.

The event was opened by the Foundation's Chairman, who emphasised how proud his organisation is "to be able to contribute to improving the sporting conditions of the Somali players. He also stressed the club's commitment to women's sport".

From the MOPS CIMIC area, explained the benefit that the Spanish military will bring to the operation by delivering the donated material to local communities, a logical benefit of great importance. Once the activity has been approved in practically all cases, the necessary steps are then taken to ensure that the material offered by the donor reaches the area of operations, where it will be delivered to the beneficiary. These steps include contacts with the donor and with the logistical bodies that carry out the review, preparation and transport of the material.

Colonel Jose Luis Sales Blanco, head of the Spanish contingent in Somalia, thanked Estudiantes basketball team for its commitment and stressed the importance of actions such as the club's donation for the success of the mission. "Civil-Military cooperation is one of the key tools within the mission in countries like Somalia".

The Estudiantes basketball team is an institution that has historically been known for its concern over women's sports. It has had women's teams for more than 30 years, with more than 400 girls and teenagers with and without disabilities in its youth academy. Its first team currently competes in the Spanish basketball premier league. At the same time, Movistar has been supporting Estudiantes for several years as a reference for a focused training organisation that promotes values in sport.

Armed Forces deploy personnel from their branches in peacekeeping operations within the framework of the UN, NATO and the EU. Specifically, Spain has been participating in the EUTM Somalia mission since 2010. The mission is set to train the Somali Army. It currently has 13 servicemen deployed in Mogadishu. 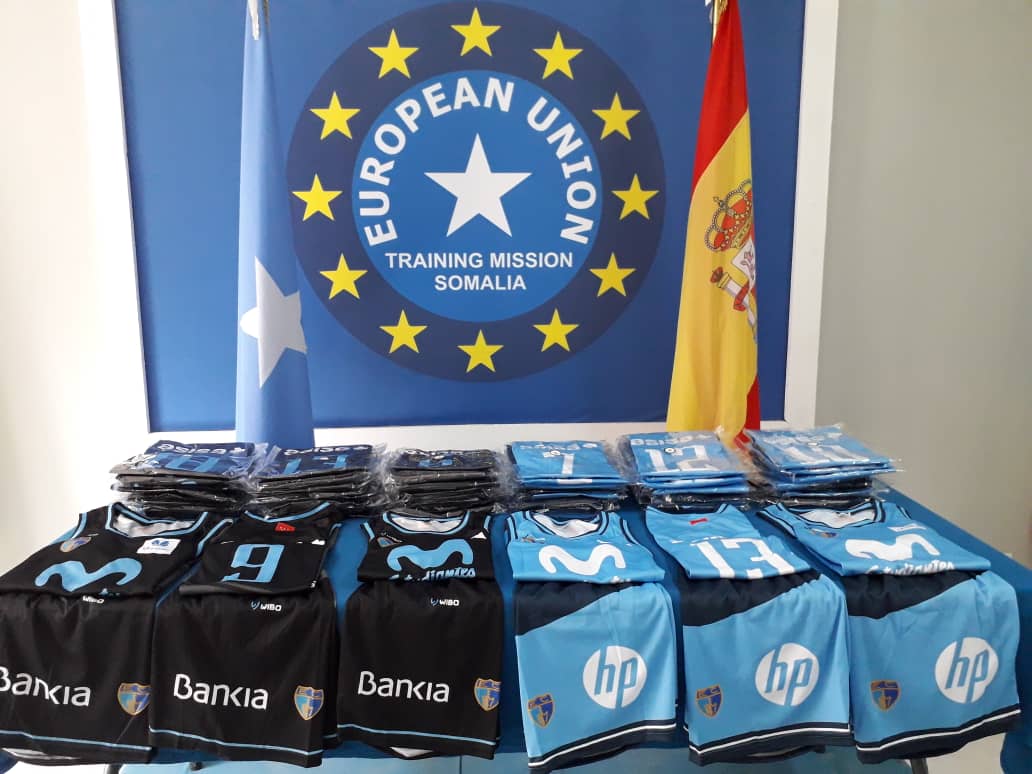 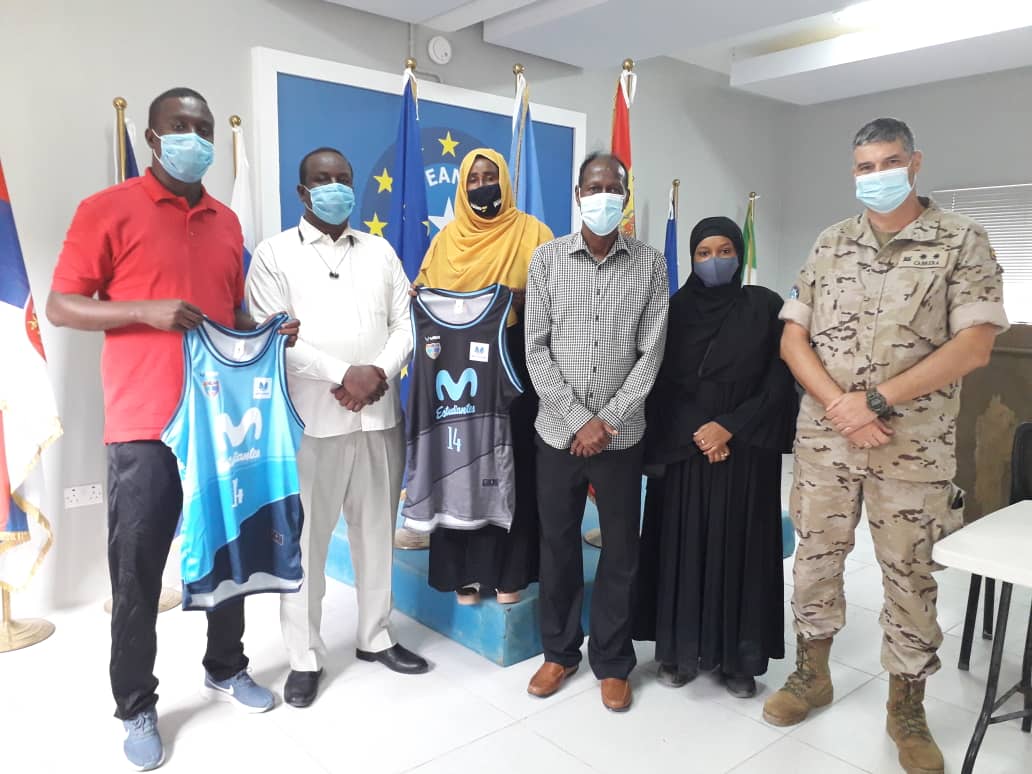 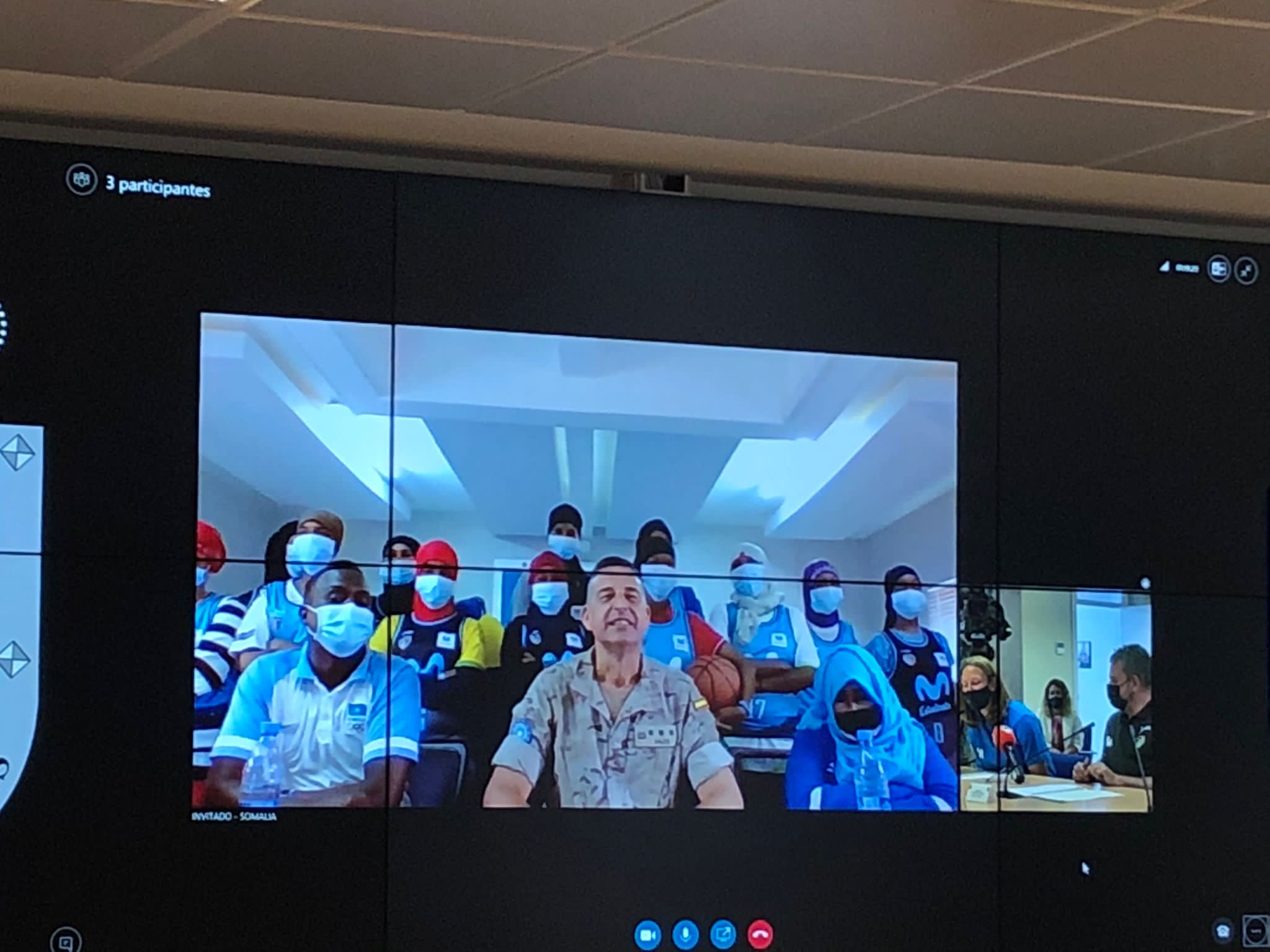