The Minister of Foreign Affairs, Arancha González Laya, has met with a delegation of the Spanish military deployed in the operation "Enhanced Forward Presence" (eFP) during her official trip to the Baltic countries.

Due to the COVID-19 pandemic, it was a short meeting in a controlled environment in order to comply with strict health protocols. The meeting was held at the official residence of the Spanish Ambassador to Latvia, Susana Cámara. The representatives of the contingent, headed by Lieutenant Colonel Luis Galvache, have been able to talk with the Minister about the work carried out by Spanish troops in the Baltic.

Gonzalez Laya has praised the important work done by the Spanish military in this part of Europe, highlighting Spain's high commitment to its fellow Europeans to protect the integrity of the borders that make up Europe, not only in the extreme South-West of Europe, but wherever Spain's commitments to its allies may take it. 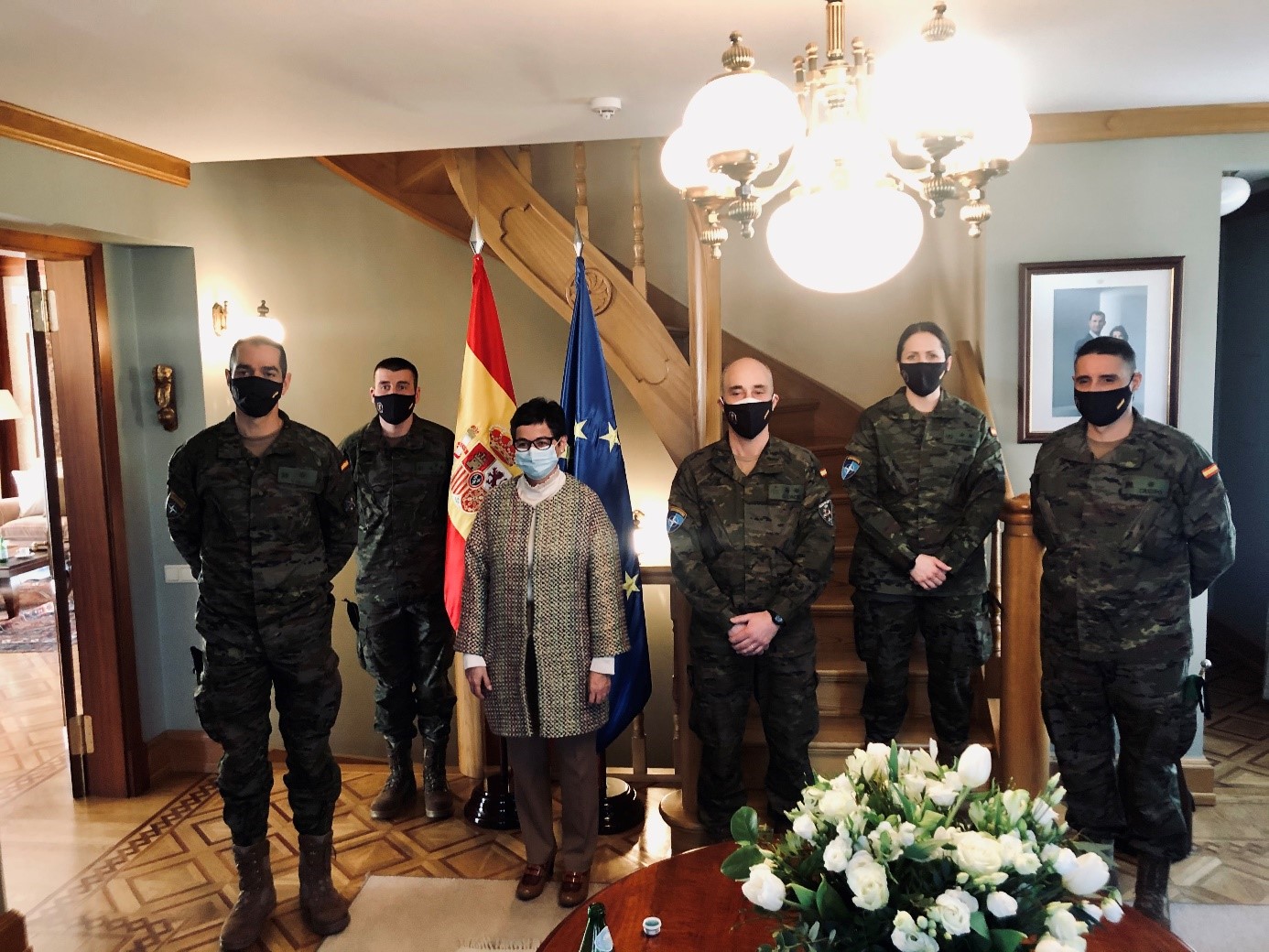