The Spanish delegation had the opportunity to check the level of training of the Air and Space Force personnel deployed in the 'A/M operation' supporting France in the fight against the terrorist threat.

The visit to the contingent started in the maintenance hangar, where Lieutenant Colonel Miguel Ángel Tobías explained the missions carried out by the detachment as well as the resources and personnel available to carry them out. Minister Albares signed the book of honour of the ‘Marfil’ detachment and highlighted the importance of this support operation for France for our security and our projection in Africa.

Afterwards, the delegation went to the equipment exhibition where they saw the air mobility protection teams (AMPT) and the T-21 weapons system, as well as the Airbus C-295, the aircraft in charge of carrying out the flights entrusted to the detachment.

Minister Jose Manuel Albares thanked the work carried out by all members of the Armed Forces and then he moved to Cervantes Institute in Dakar, inaugurated by HM Queen Letizia in December 2021 and the Institute's first headquarters in Sub-Saharan Africa.

The Air and Space Force's DAT ‘Marfil’ belonging to Operation A/M operates from the French Elements in Senegal (EFS) facility at "Blaise Diagne" International Airport, a few kilometres from Dakar (Senegal). Under the operational control of the MOPS, the Detachment is tasked with intra-theatre tactical and logistical airlift missions, as well as in-flight refuelling, should the air assets deployed so permit, in support of France in its fight against terrorism within the framework of Operation Barkhane.

Similarly, the detachment also supports the United Nations missions MINUSMA and MINUSCA, to stabilise Mali and Central Africa respectively, as well as the European Union missions EUTM RCA and EUTM Mali, to support the education and training of the armed forces of these countries, and the G4 Sahel Joint Force.

The Detachment is made up of 70 military personnel from different Air and Space Force units, mostly personnel from the 35th Wing, the Air Deployment Support Squadron (EADA) and the Mobile Air Control Group (GRUMOCA). It operates with two Airbus C295 (T-21) aircraft belonging to the 35th Wing of the Getafe Air Base. The mission's Joint Force Air Component Command (JFACC), located in Lyon (France), is in charge of scheduling the missions of the two Spanish aircraft, which operate H24 in the joint operations area (JOA).

This detachment is an example of the capabilities provided by the Spanish Armed Forces, in this case through the Air and Space Force, to other Armed Forces, where availability and operability prevail. These resources operate in a sub-Saharan environment, often in unprepared fields and in extreme weather conditions of high temperatures and intense rain due to frequent seasonal storms. These factors, along with the extensive area of operations where the missions are carried out, are a constant challenge for the detachment's aircrews.

After more than nine years of operation, the DAT ‘Marfil’ is consolidated as an exemplary example of the contribution of the Armed Forces to the State's external action in its commitment to international peace and security. 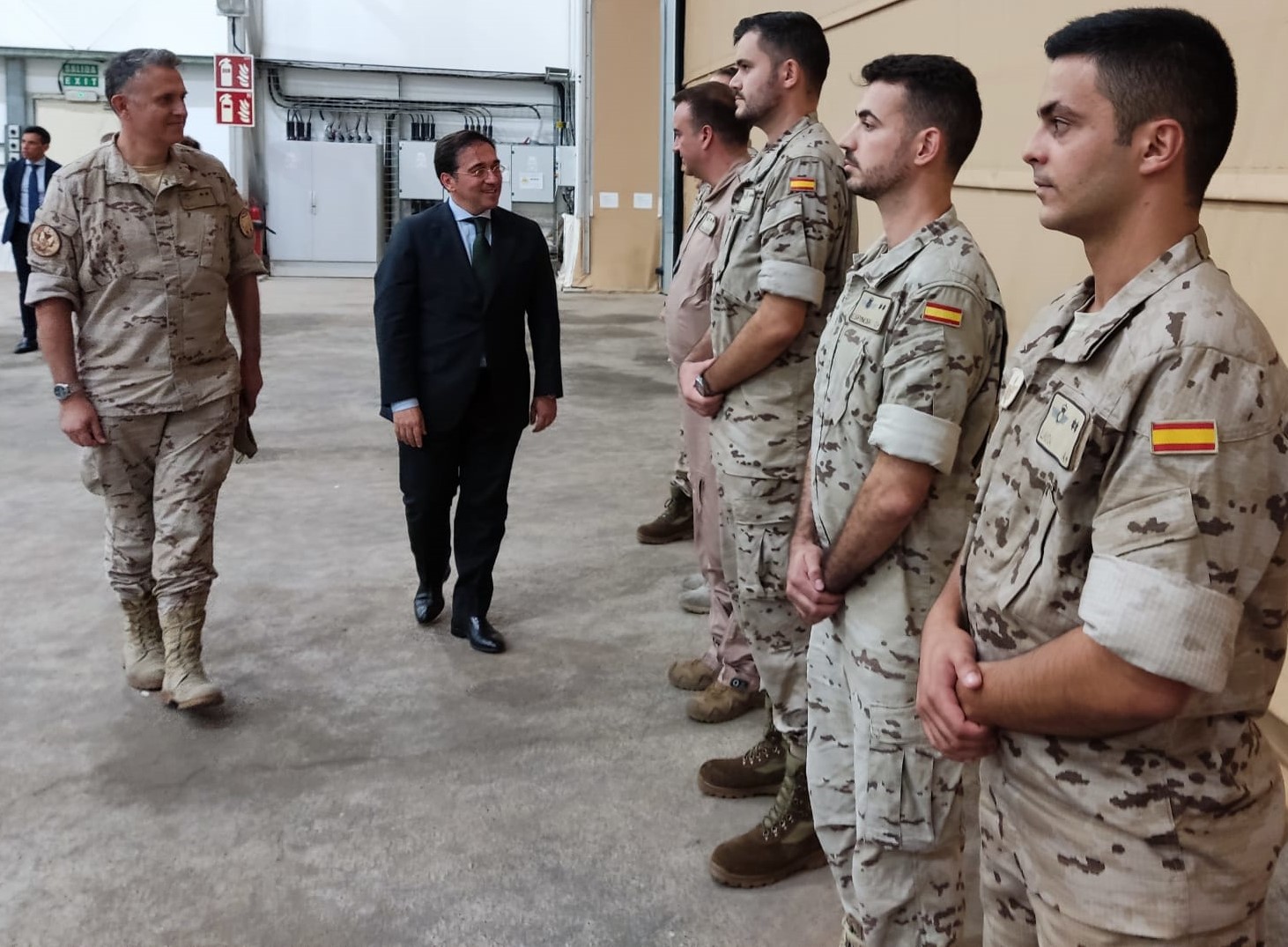 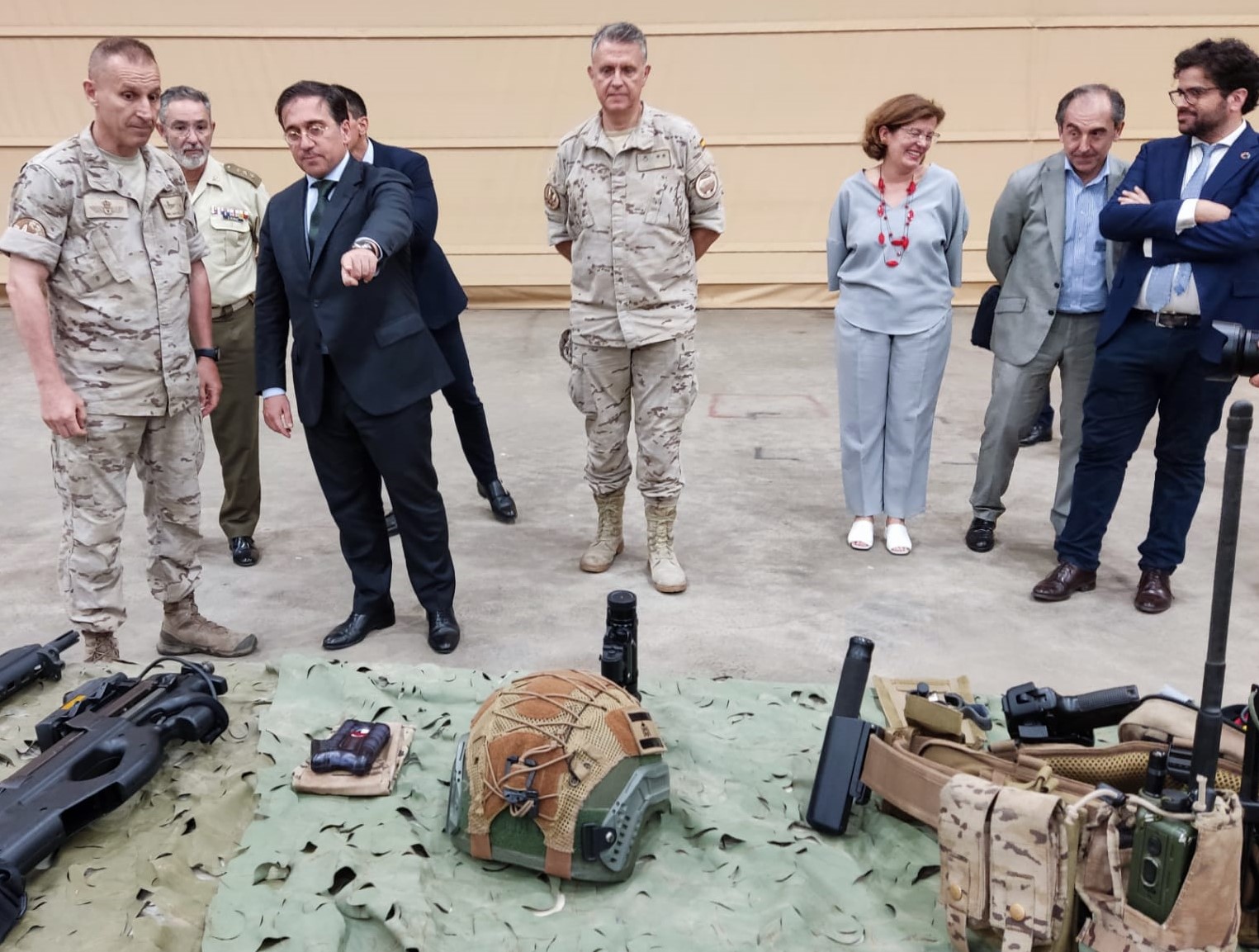 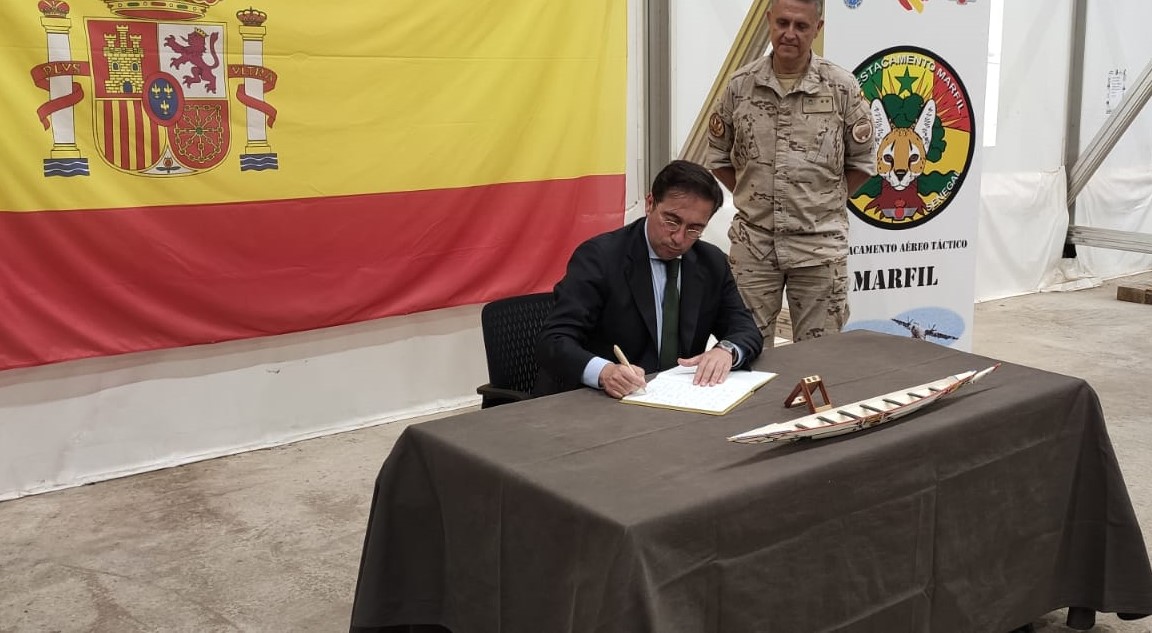