Transfer of Authority of the Contingent, 'Grappa' detachment

The 14th Spanish contingent in the EU Operation Sophia has taken over at Sigonella Air Base in a ceremony presided over by Colonel Luis González Campanero (Headquarters Air  Combat Command).

The ceremony included an awards ceremony by which  the members of the outgoing contingent were awarded in recognition of their contribution to achieving the objectives of the mission.

The new contingent will continue supporting the fight against illegal human trafficking networks, in the assigned area, within the framework of EUNAVFOR MED operation 'Sophia' until May.

The new contingent is made up of 39 persons belonging to different units of the Air Force. It is envisaged that the crews and medical personnel supporting the mission will be relieved by another rotation within an estimated period of two months.

Regarding  resources, the detachment has the Spanish D.4 VIGMA aircraft, which will soon complete 4,000 flight hours, and the necessary auxiliary and support equipment in order to carry out the mission under a mandate from the European Union.

Operation Sophia aims to combat human trafficking networks operating in central Mediterranean. The Air Force plane operating from Sigonella Air Base is responsible for tracking and identifying the boats that illegally transport migrants. During the flight, the plane obtains thermal images, high-resolution photographs and other products using the sensors installed in the plane (radar, infrared front-scanning, cameras, etc.). The products thus obtained are sent to the Operations Command Center for analysis by the vessels in the area. The information obtained by the aircraft sensors is essential for identifying and making available to the Italian or Libyan authorities the members of the mafias who do their business at the expense of migrants.

The action of our Armed Forces within the framework of operation 'Sophia' is supported by United Nations Security Council resolutions 2240/2015 and 2292/2016.

Spain is one of the main contributors to the Common Security and Defence Policy. By participating in the operation, Spain shows its commitment to international stability and security. 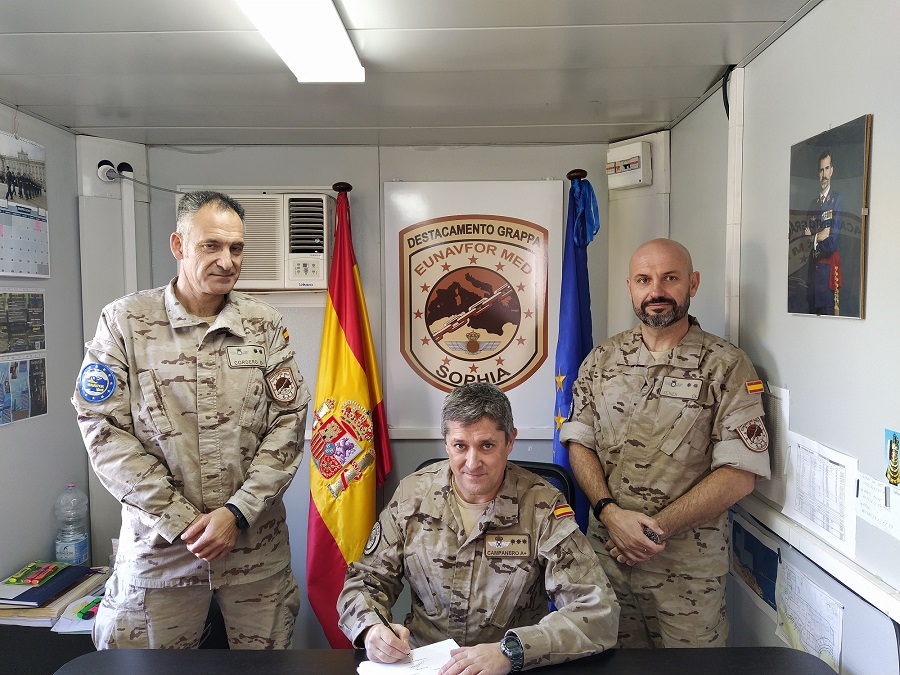