The C-295 aircraft of the Mamba Detachment transported more than 15,500 passengers and 2,000 tons of material since the beginning of the mission to support the logistical transport of France, under the operational control of the Operations Command.

On October 3, 2014, the C-295 (T-21) began its mission supporting Air transport in the French operation 'Barkahne', of the United Nations Multidimensional Integrated Stabilization Mission in Mali, as well as supporting the European Union Training Mission in the Central African Republic. We must add 2,167 departures and 5,660 flight hours with the aircraft of the 35th Wing of the Air Force to the figures above indicated.

The Spanish Armed Forces detachment started its work in March 2014 supporting the operation 'Sangaris' in the Central African Republic with the T-10 'Hercules' aircraft.

Despite the demanding working conditions, extreme temperatures and variation of weather conditions, the military personnel of the detachment maintained a high level of operability in a huge area of operations.

The Mamba Detachment is made up of 45 military personnel who work on a three-month basis rotation and carry out different functions, allowing the T-21 to operate at full capacity: headquarters, crews, maintenance personnel, and security, health and communications personnel. 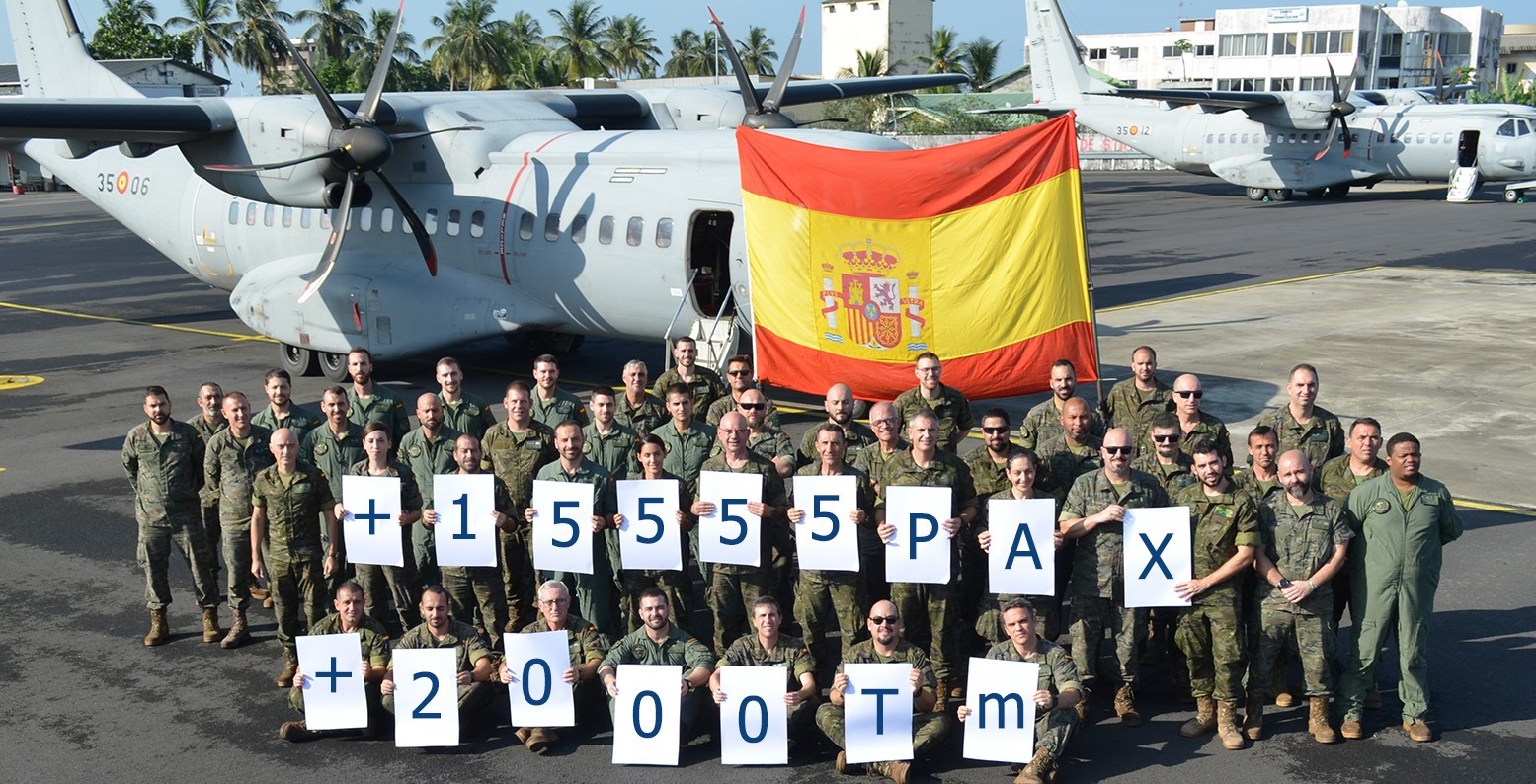