Personnel from the Aeroevacuation Medical Unit save the life of a passenger in mid-flight.

Nurse Lieutenant Penélope Salomé Márquez Mancha and Corporal Samuel Garcia Alegría, a medical technician in aero-evacuation, were returning to Spain from Türkiye on the Istanbul-Madrid flight with Turkish Airlines. In mid-flight they responded to a call for help from the plane's personnel due to a medical emergency of one of the passengers.

It was a woman who had suffered a medical episode and needed rehydration and intravenous medication. Faced with this situation, the initiative of the UMAER (Aeromedical Evacuation Medical Unit) team was key in requiring the opening of the first aid kit and attending to the patient for more than two and a half hours, monitoring her with different medical devices they were carrying. Finally, they transferred the stabilized patient to an ambulance that was waiting for them on the runway upon their arrival at Madrid-Barajas airport.

The action of the two Spanish soldiers, in addition to saving the passenger's life, prevented the plane from having to divert to Italy to attend to the medical emergency. 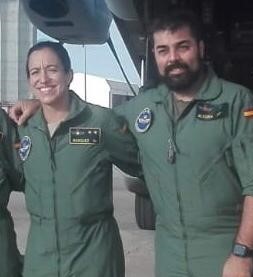 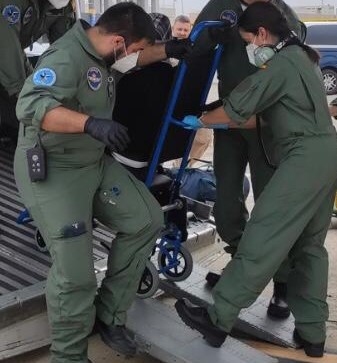