On October 4th, the former 'Palacio de Capitanía' in Zaragoza, hosted a welcome ceremony for all representatives from 17 countries belonging to the Organisation for Security and Cooperation in Europe and the military attachés of Morocco and Tunisia. The openig remarks were addressed by Pedro Aróstegui, deputy director of Non-proliferation and Disarmament of the Ministry of Foreign Affairs, rear admiral Saturnino Suanzes Fernández de Cañete, Head of the Joint Staff's Strategy Division, who briefed the attendees on the Spanish Armed Forces, and colonel Francisco Lanza Mollá, Head of the Spanish Verification Unit, who presented the agenda and logistical details about the event.

On October 5th, the delaegation visited Zaragoza Air Force Base, where the attendees were briefed on the Air Force's organisation and missions, the functioning of the air base and the units hosted in that compound: the 15th Wing, the 31st Wing, the Deployment Support Medical Unit, the School of Defence and Support Security Techniques, and the Air Deployment Support Squadron.

The representatives had the opportunity to tour the base's facilities and witnesing several static exhibits displaying  a different set of equipment and assets. They watched first-hand the aircrafts belonging to the 15th and 31st Wing, the EF-18 and the A400M, respectively. They also visited the flight simulators, maintenance workshops and hangars, and were able to talk to the personnel in charge of those facilities. At the end of the visit, the delegates expressed their satisfaction about the course of the visit, which more than fulfilled the stipulations of the Vienna Document 2011.

The  'Pavia' 4 Cavalry Armoured Regiment, located at 'San Jorge' base, was visited by OSCE's representatives on Octiber 6th. After being briefed on the Spanish Army and another on the Regiment itself, they toured the living and working areas of the base, as well as several showcases displaying the Regiment's assets: Leopard 2E tank, cavalry scout vehicle (VEC), Pizarro combat vehicle, Centauro cavalry reconnaissance and combat vehicle, ground scout and reconnaissance vehicle (VERT) and the Spike anti-tank missile.

Afterwards, the attendees visited the Leopard 2E simulators at the Training Centre (CENAD) and were transferred to the San Gregorio exercise and firing field, where a tactical demonstration took place involving tanks and other vehicles equipped with pinpoint laser duel pointers. After the exercise, the representatives had the chance to talk to participating personnel, returning to Regiment's facilities for a final briefing. Same as the air base, The OSCE's representatives expressed their satisfaction with the visit to 'Pavia' 4 Regiment.

Vienna Document 2011 requires OSCE's participating Countries to arrange a visit to an air base and a military installation every five-year period to showcase newly commissioned weapons systems into their armed forces. During this event, the delegates had the opportunity to learn about the operational organisation and the different weapons systems belonging to the units visited, as well as to tour their facilities and interact with personnel. The Spanish Verification Unit was responsible for organising this event, which would not have been possible without the cooperation of the units involved, which provided an excellent overview of our Armed Forces. 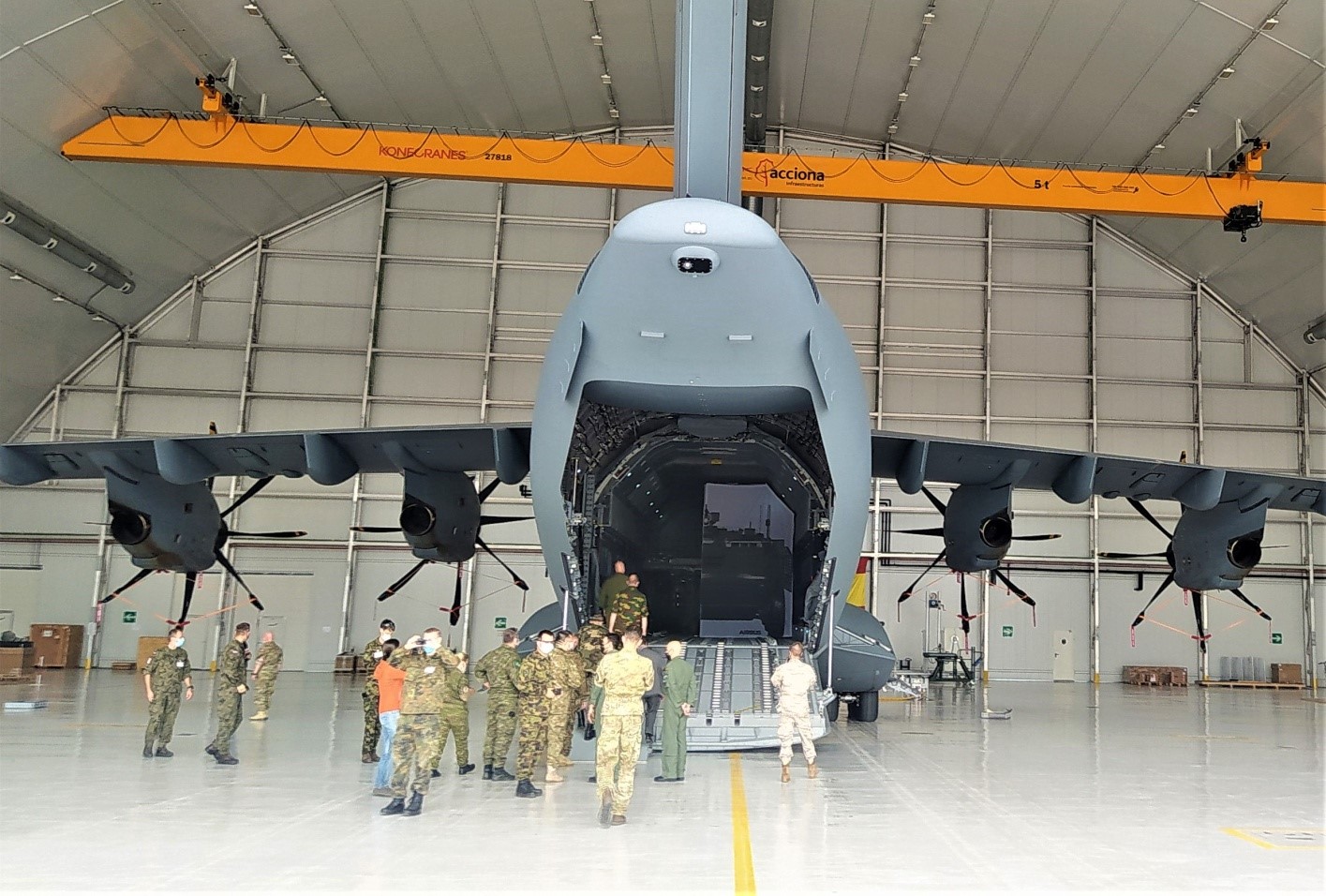 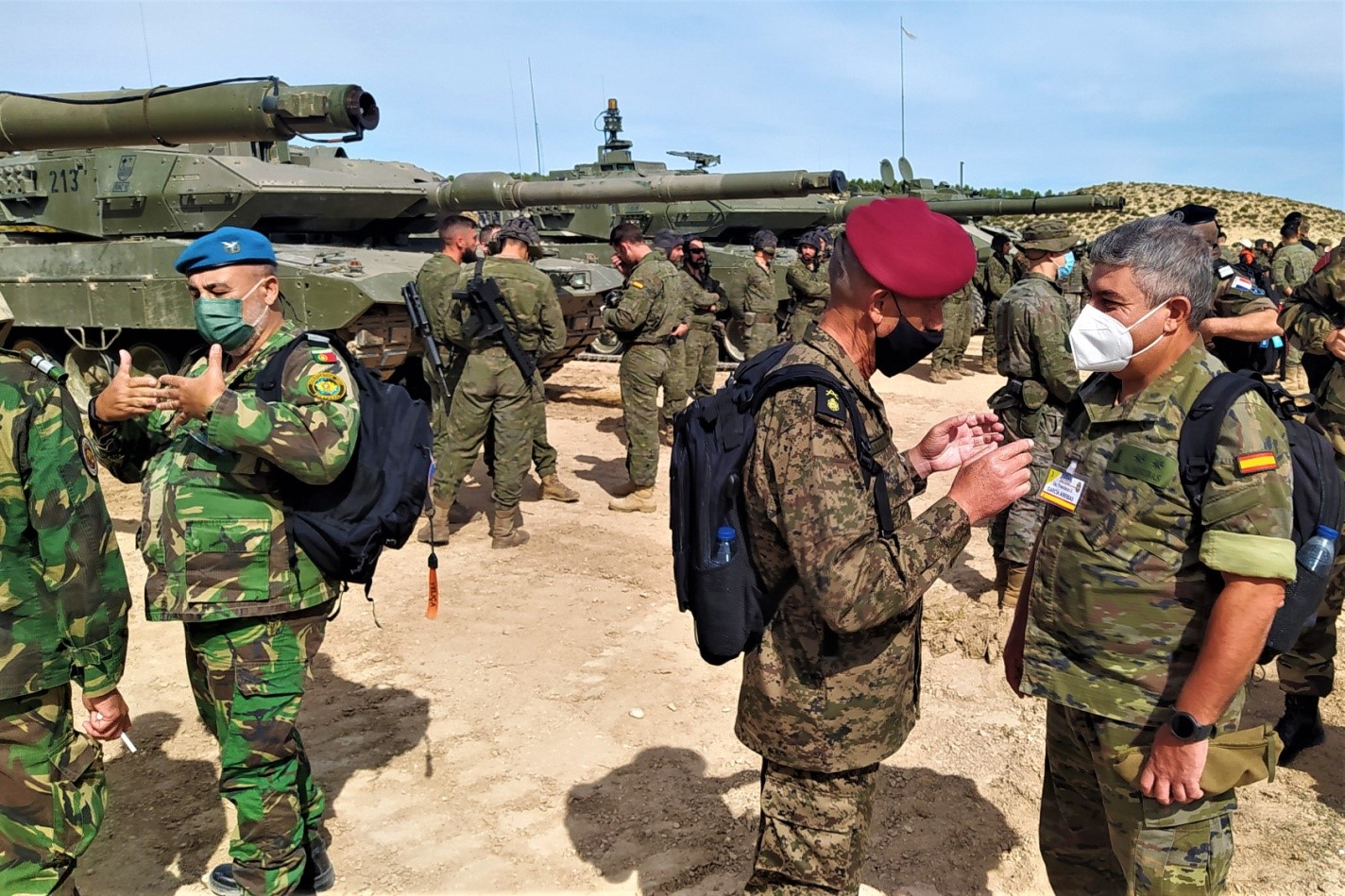