The delegation was welcomed by CAOC's  Commander, lieutenant general Fernando de la Cruz Caravaca. After a short briefing, they proceeded to honoured Canada's National Day with the traditional ceremony of hoisting the Canadian flag. In addition, general Quinn presented some decorations to Canadian personnel assigned to CAOC-TJ. In his speech, lieutenant general De la Cruz acknowledged the Canadian ambassador for the Canadian contribution to the CAOC's ongoing air policing mission to enhance airspace security on the Alliance's southern flank.

General de la Cruz underlined that CAOC will always fulfill its mission as a NATO Unit involved in the collective defense of our allies. The General concluded his speech by complimenting the awarded personnel, highlighting the inspiration that their example of service is an encouragement to the rest of CAOC's  community.

The Canadian Ambassador emphasized Canada's pride in their contribution to NATO and to the collective security of allied countries. The Ambassador also thanked Spain for its support to the NATO mission carried out by CAOC-TJ. 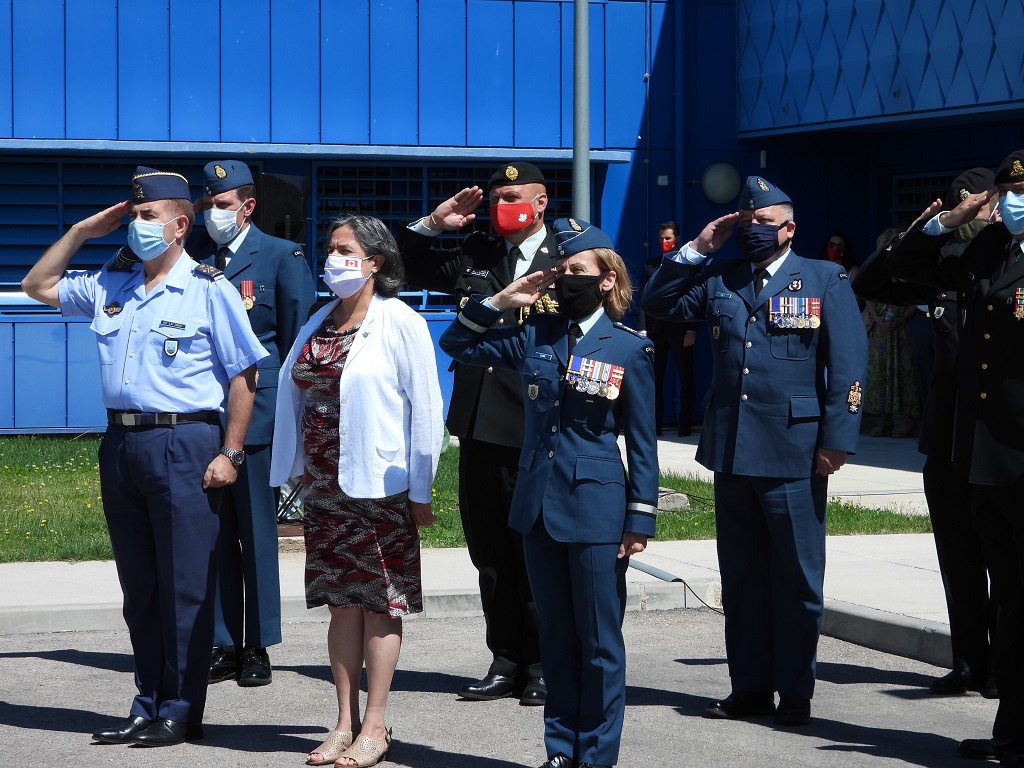 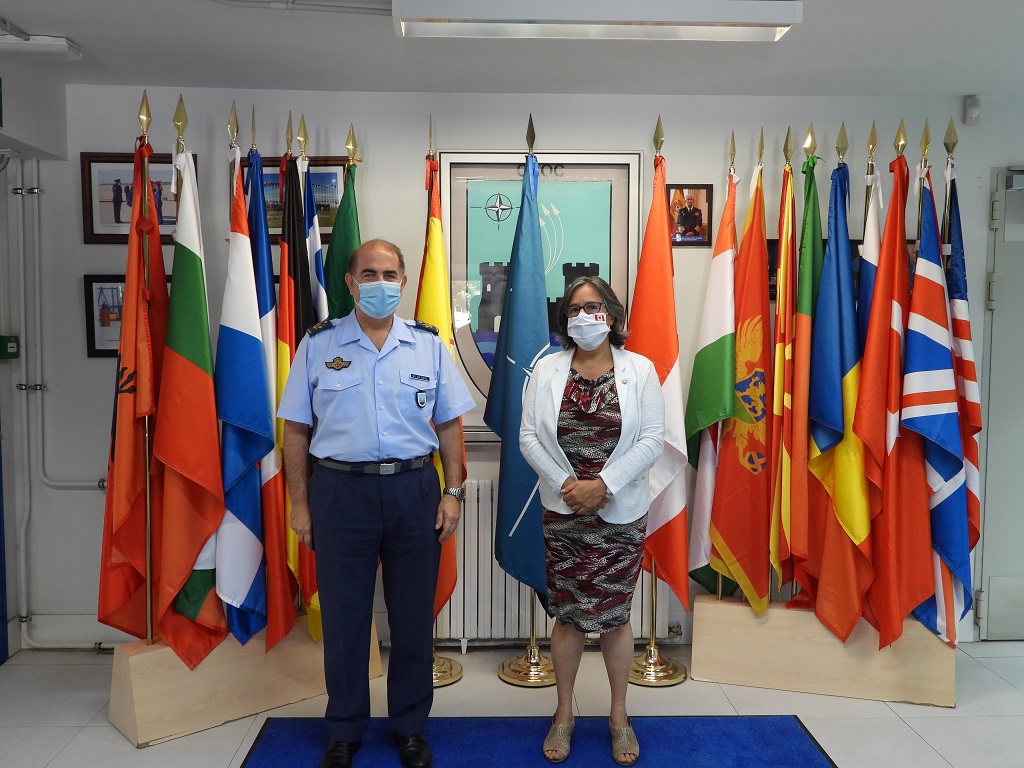