ONCE has presented a lottery ticket replica dedicated to the 50th anniversary of the establishment of the Spanish Institute for Strategic Studies (IEEE, Instituto Español de Estudios Estratégicos) during a ceremony at the Centre for National Defence Studies (CESEDEN, Centro Superior de Estudios de la Defensa Nacional). The ticket is due to be issued on August the 3rd.

Lieutenant General Bisbal Pons, CESEDEN’s Director, has chaired the ceremony and has been grateful for the wide circulation of IEEE’s role because of the 5,5 millions of tickets to be launched. CESEDEN’s Director has handed a reprography over, representing the front of the former “Colegio Nacional de Sordo-Mudos y de Ciego”.

Alberto Duran López, ONCE Board’s Vice Chairman, Social Support and Government & External Affairs, has given a foam replica of the commemorative ticket.

The Spanish Institute for Strategic Studies (IEEE, Instituto Español de Estudios Estratégicos) was established in 1970 and it is part of the Centre for National Defence Studies (CESEDEN, Centro Superior de Estudios de la Defensa Nacional) under the command of the Chief of Defence (JEMAD in Spanish).

IEEE’s role include research activities related to peacekeeping & international security and the encouragement of security & defence culture. To achieve these goals, the IEEE organises several types of academic activities, including the involvement of public experts figures, both civil and military. IEEE is also part of international forums devoted to the analysis of the topics above-mentioned. 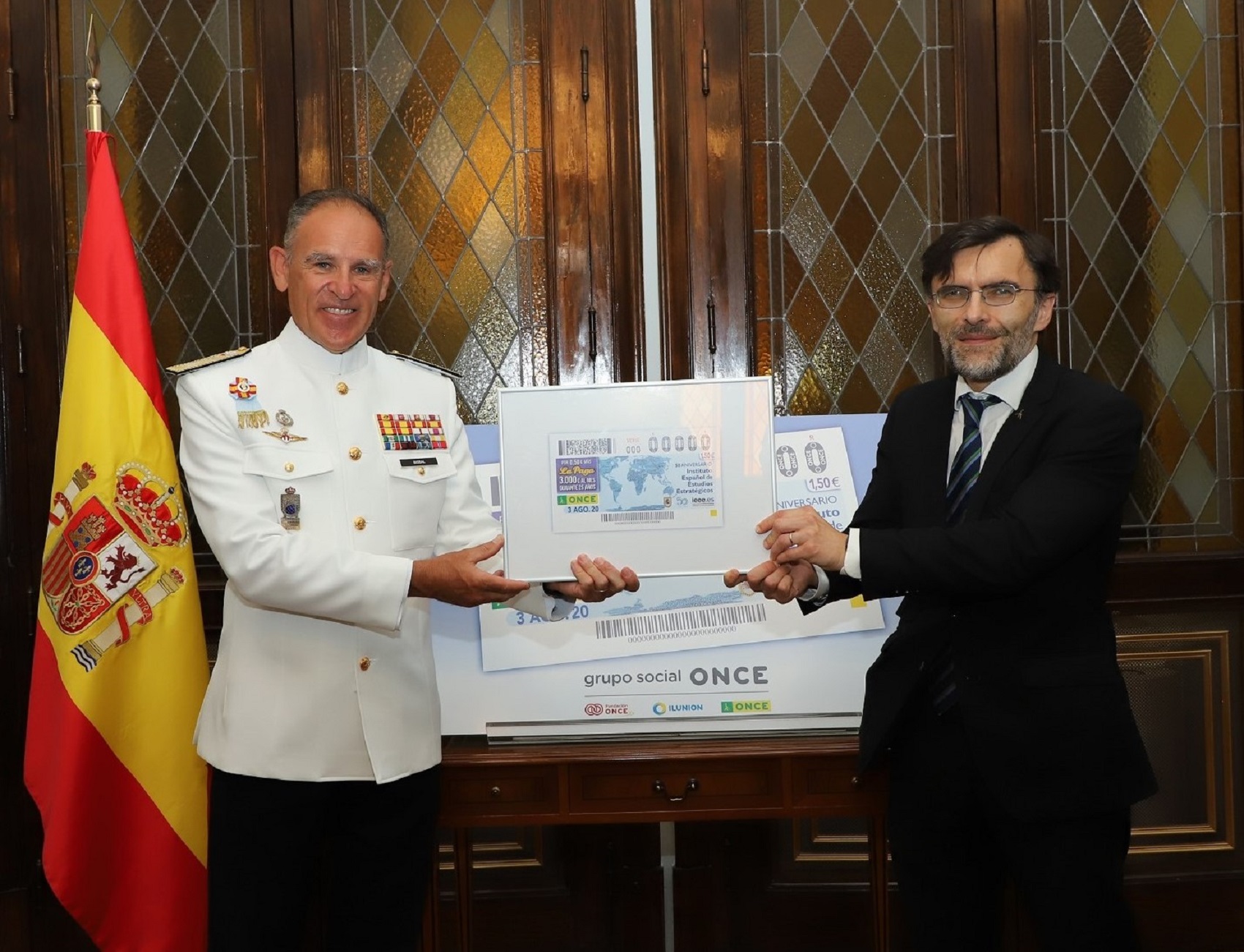 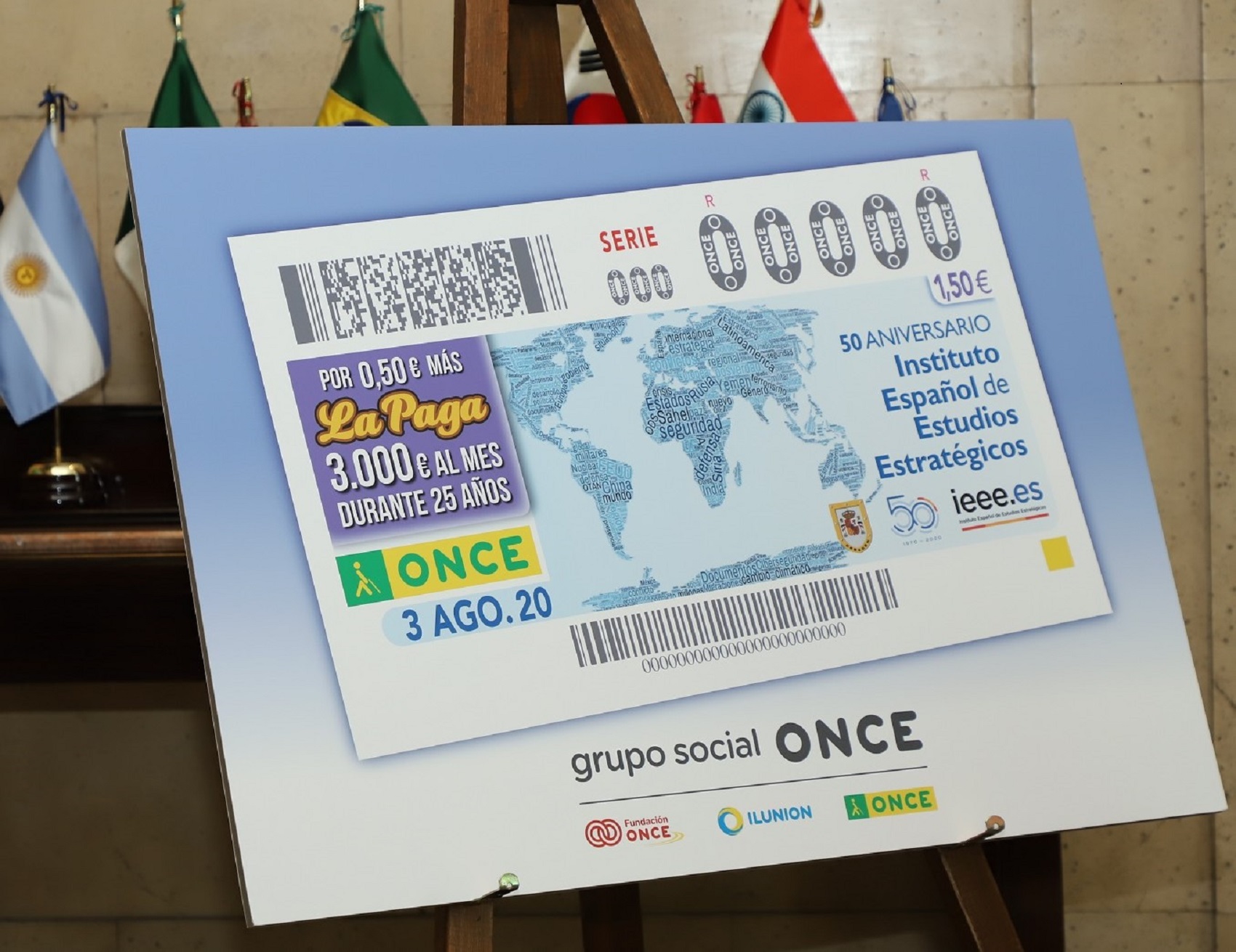