The frigate 'Álvaro de Bazán' (F-101) set sail from the Royal Navy Naval Base in Portsmouth (UK), after four days alongside the US destroyer USS 'Thomas Hudner', before returning to its home port in Ferrol.

Portsmouth marked the completion of its participation in the inaugural deployment of the USS 'Gerald R. Ford' and the final milestone alongside the aircraft carrier, which has begun a transatlantic transit back to the United States.

Prior to entering the aforementioned port, the frigate successfully completed the 'Silent Wolverine' manoeuvres that took place in the west of the Iberian Peninsula, in which units from seven allied nations participated.

The 'Gerald R. Ford' aircraft carrier, its embarked air assets belonging to Carrier Air Wing Eight (CVW8) and its escort ships took part in the aforementioned manoeuvres. The 'Silent Wolverine' has enabled the frigate 'Álvaro de Bazán' to optimise the level of training, readiness and interoperability of the frigate with allied navies and, in particular, with the most modern aircraft carrier of the US Navy, which is also currently the largest warship in the world.

During the stay at Portsmouth Naval Base the frigate 'Álvaro de Bazán' received an official visit from Vice Admiral José Enrique Delgado Roig, Chief of Staff of NATO's Maritime Allied Command (MARCOM). Vice Admiral Delgado had the opportunity to be briefed on the nature of the participation in the inaugural deployment of the American battle group and the tasks the frigate has been performing during the deployment.

Having completed its participation in the USS 'Gerald R. Ford' battle group, the frigate is currently on its way back to its home port in Ferrol.

Frigate ‘Álvaro de Bazán’ was delivered to the Navy on September 19, 2002 and is the first unit of the F-100 series, belonging to the 31st Escort Squadron. The crew consists of 219 women and men including a SH-60B helicopter embarked air unit, an operational security team belonging to the Canary Islands Security Unit, and a Chaplain.

The 31st Escort Squadron, under the command of Captain Gonzalo Leira Neira, consists of five F-100 frigates and two fleet replenishment ships based in Ferrol, which provide deterrence and defence capabilities unmatched by other naval squadrons in Europe. 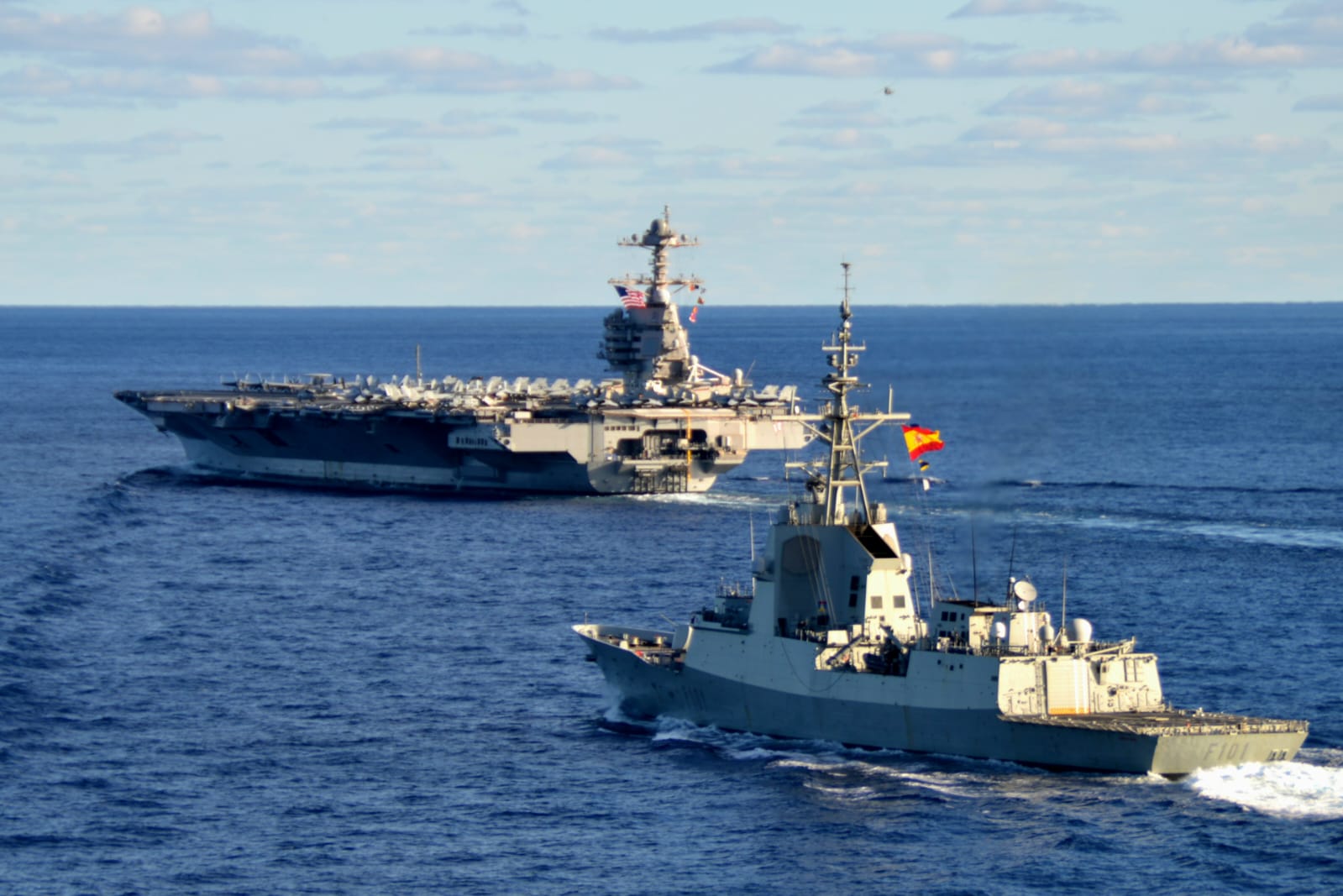