Brigadier general Villanueva, Chairman of the European Union Military Committee Working Group (EUMCWG), with the support of the Joint Defence Staff's Strategy Division, led a webinar focused on stimulating strategic dialogue in the framework of the “Strategic Compass” concept.

More than 100 people from 23 member countries of the European Union signed up for the workshop.

The workshop was devoted to the analysis of the different scenarios in which the EU can operate, as well as to a possible search for new scenarios based on the new challenges and threats facing the EU.

The panellists included renowned experts from the EU External Action Service (EEAS), the EU Military Staff (EUMS) and the German and French Ministries of Defence.

Because of the relevance of its findings to the ongoing political and military debate, this has involved a wide audience including EEAS staff, EUMS, Permanent Representations to the EU of the Member States, Military Representations and national experts. 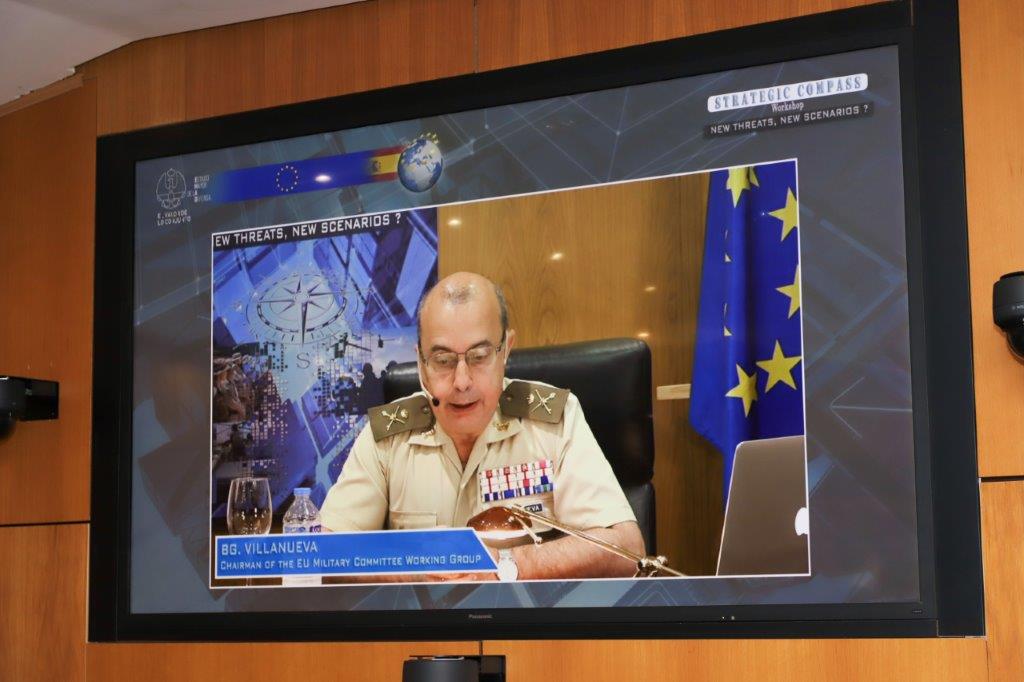