As part of the celebrations honouring Spanish Armed Forces Day, a solemn ceremony where the National flag was lowered  at the residence of the Ambassador Permanent Representative of Spain to NATO, Miguel Ángel Fernández-Palacios, in Brussels, followed by a tribute to the fallen

The ceremony was attended by a delegation of  Army, Navy and Air Force personnel as well as from the Civil Guard, led by the Spanish Military Representative to the Military Committees of NATO and the EU, lieutenant general Juan Montenegro.

The ceremony honoured the contribution of Spanish servicemen and civil guardsmen who have participated or are participating in NATO, EU and UN missions and operations, with a special remembrance of those who have died in operations over the last 32 years. 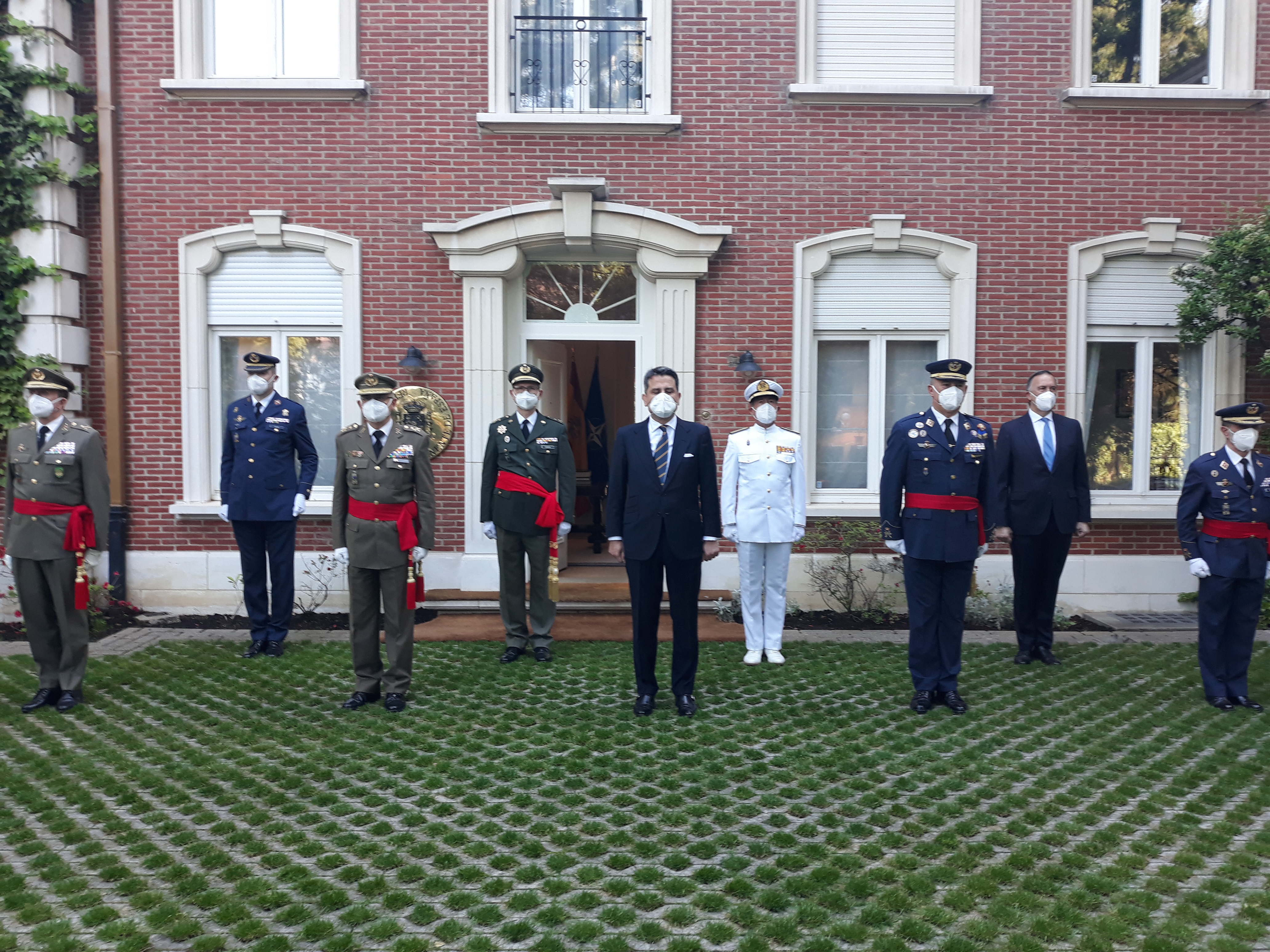 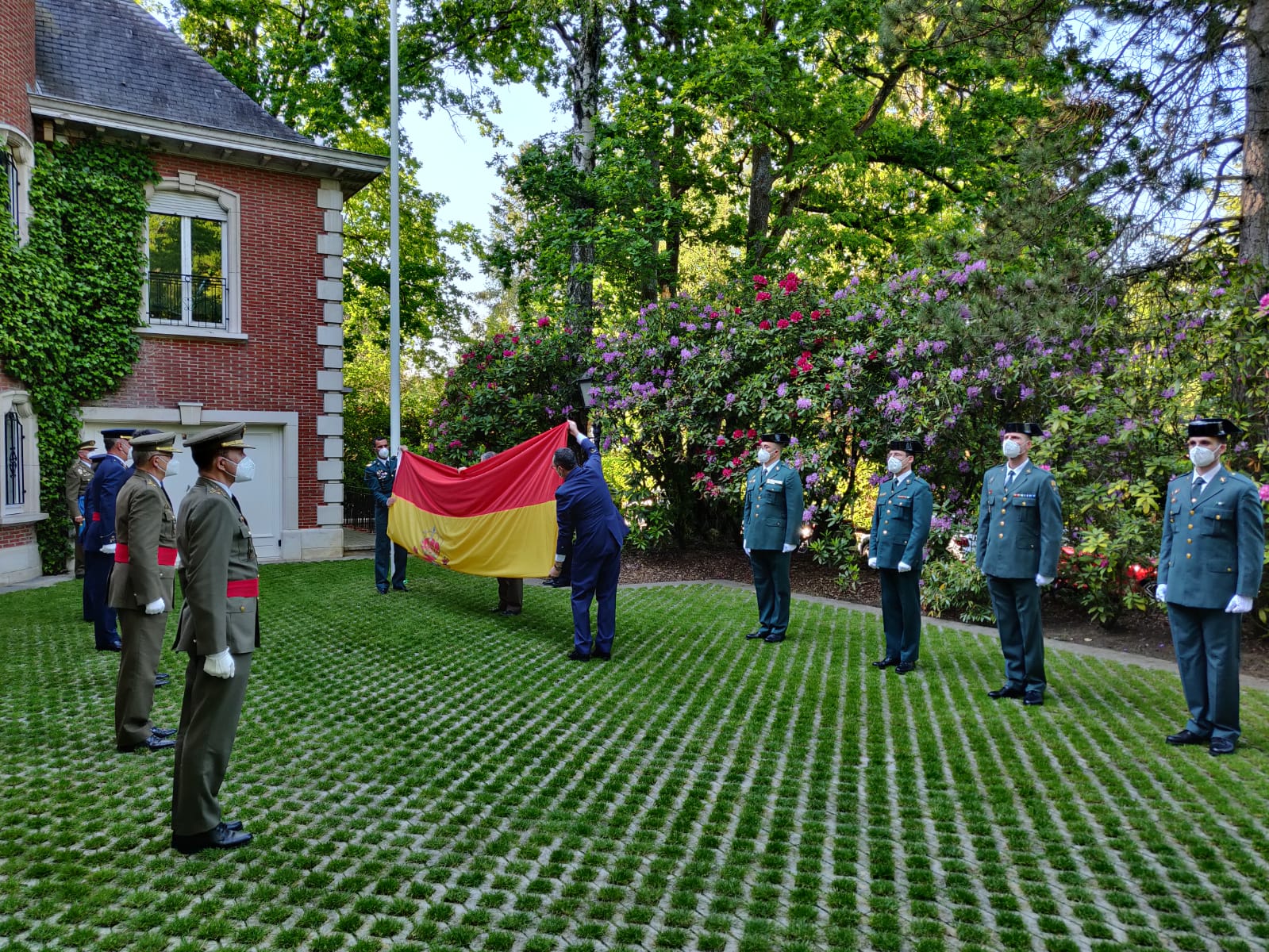