The Speakers of the Congress of Deputies and the Senate, Meritxell Batet and Pilar Llop, chaired, in the “Jardines del Descubrimiento” of Madrid's Colón plaza, the solemn raising of the National Flag on the occasion of the 42nd anniversary of the Constitution.

The Speakers of the Houses of Parliament were accompanied by the Chief of Defence (JEMAD In Spanish), Air General Miguel Ángel Villarroya Vilalta. Also attended the ceremony the president of the Constitutional Court Juan José González, the Chief of the Army Staff, Army General Francisco Javier Varela, the Admiral Chief of Staff of the Navy, Admiral General Teodoro López Calderón, the Chief of the Air Force Staff, General Javier Salto, the Secretary General for Defence Policy, Admiral Juan Francisco Martínez Núñez and the General Director of the “Guardia Civil” María Gámez.

The Guard of Honour was made up of four platoons with 27 members each, with Command and Music Unit belonging to the Madrid Infantry of Marine Group.

Specifically, the platoons are part of the Army 1st “Inmemorial del Rey” Regiment, the Infantry of Marine Group from the Navy, the Security Unit from the Air Force HQ and the Group of Reserve and Security nº 1 from Guardia Civil.

The sequence was as follows:

The hoisting of the flag ceremony at Colón Square is held every third Wednesday on a monthly basis. Three times per year, the hoisting is performed on an extraordinary manner and is called Solemn hoisting. The first of those three takes place on May 15, on the occasion of San Isidro holyday. The second one on June 19, the anniversary of the proclamation of H.M. the King. On December 6, Constitution's Day, is co-chaired by the Speakers of Congress and Senate.

As a novelty, for 2021, a fourth Solemn hoisting will be held on July 12, chaired by the President of the Constitutional Court. 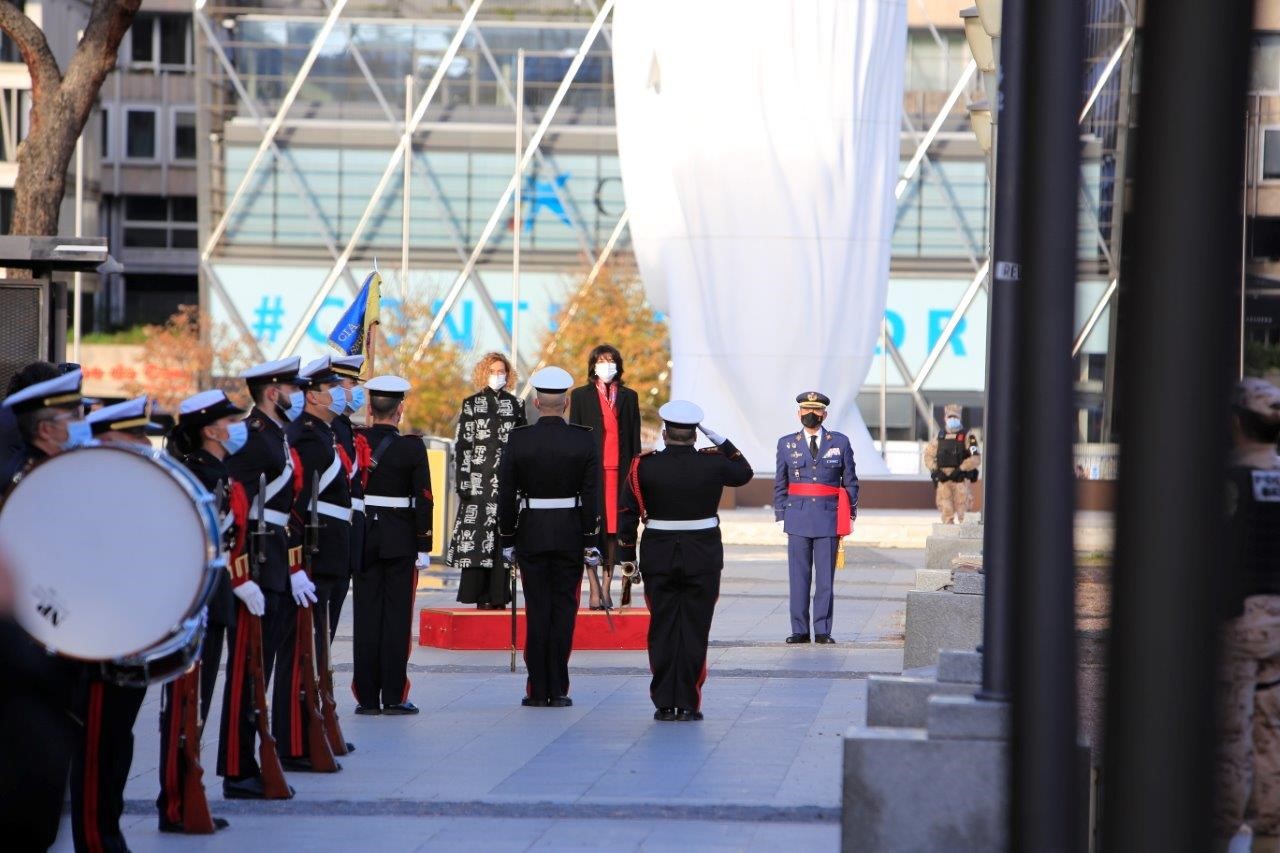 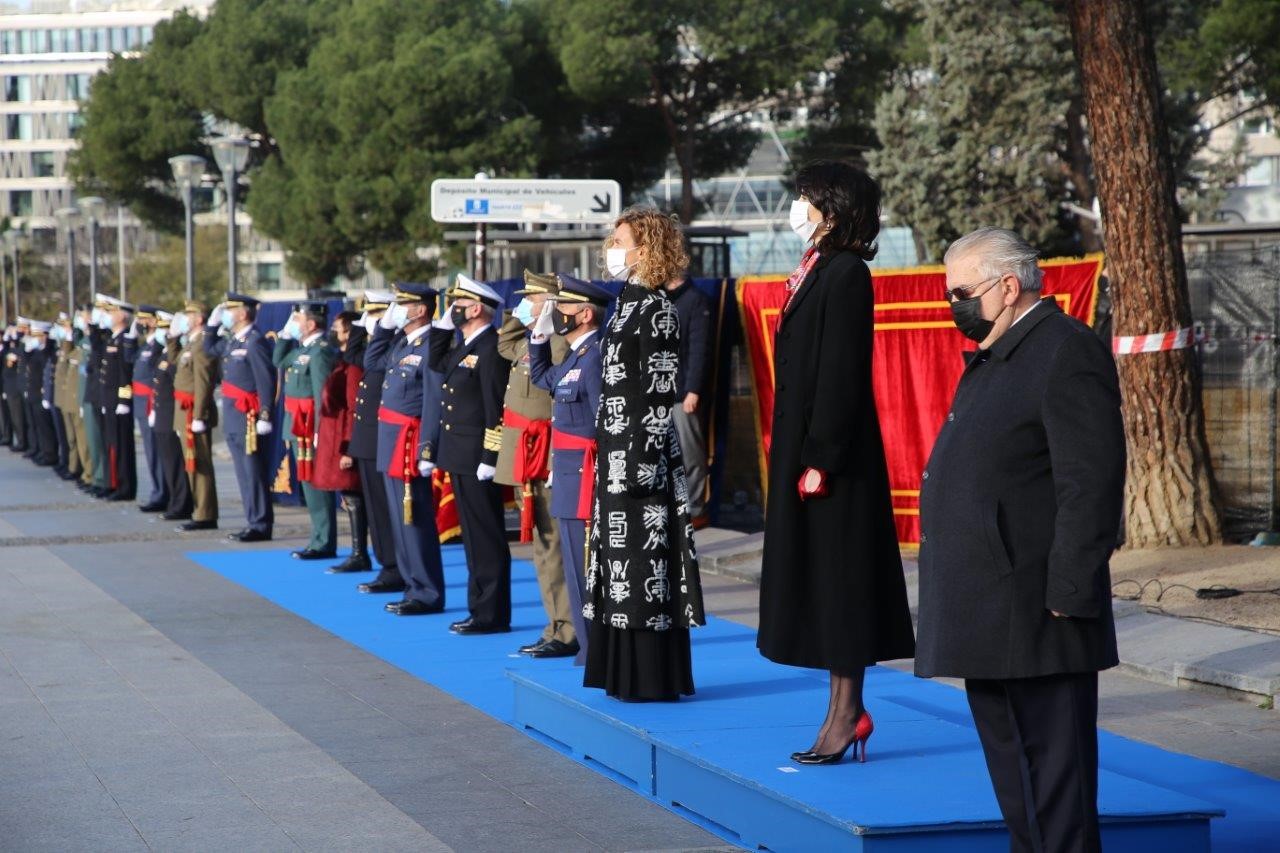 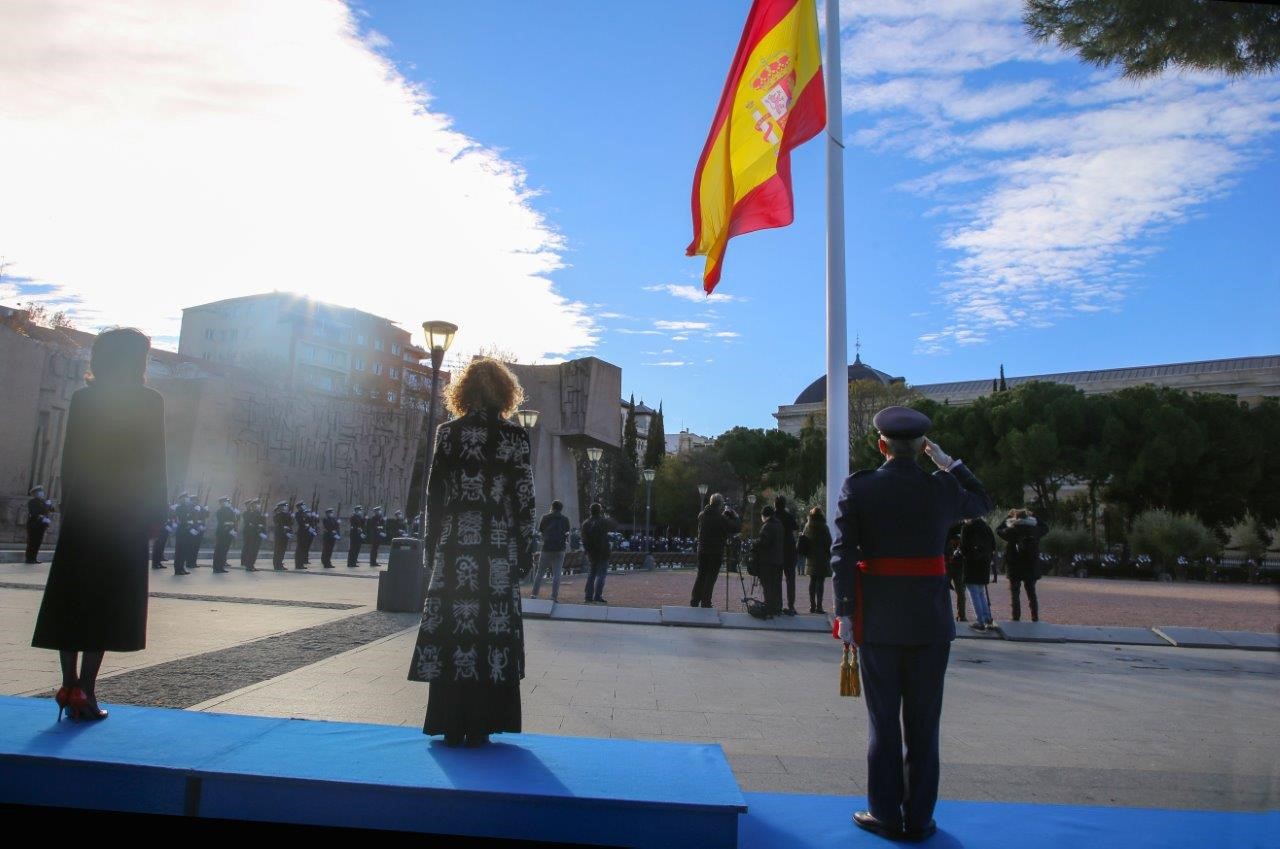