Around 900 men and women from the armed forces are taking part in exercise "Eagle Eye 20-03" operational activation in the south-west of the peninsula from 21 to 25 September. This is an activation of the Army, Navy and Air Force units assigned to the Operational Aerospace Command (MOA in Spanish) for permanent operations, whose mission is to monitor and defend national airspace.

The participating forces will include an Army Air Defence Unit (UDAA) which will be deployed in the province of Huelva, the Navy's frigate F105 "Cristobal Colón" which will navigate the waters of the Gulf of Cadiz and six C.16 Eurofighter aircraft belonging to the 11th Wing which will operate from its base in Morón de la Frontera.

During this activation, a range of flights using external resources have been planned to execute defensive air missions, providing additional training and the possibility of evaluating the integration of the land, maritime and aerospace assets assigned to the MOA, in highly complex situations, in the framework of Standing Operations.

The 'Eagle Eye 20-03' activation aims to provide to the operational structure of the Armed Forces all those capabilities of the Operational Aerospace Command already trained and in a position to carry out the permanent monitoring and air defence tasks of national territory, 24 hours a day, all days of the year. Due to the COVID-19 pandemic, MOA has set all protocols issued by the Defence Health Directorate and also by the Regional Government “Junta de Andalucía”. The creation of bubble groups and the reduction of contact among groups and with local population are part of the instructions put in place.

MOA is the body of the operational structure of the Spanish Armed Forces responsible for the planning, conducting and monitoring of surveillance, security, control and air police operations in airspaces of national sovereignty, responsibility and interest. MOA is subordinated to the Chief of Defence (JEMAD in Spanish), and it is under operational control of the Operations Command. A range of units and forces depend operationally on the MOA that can be expanded as the situation requires. These units and forces are not exclusively organic to the Air Force, but include others from the Army and the Navy with surveillance, control and aerospace defence capabilities. The chief of the Air Force Combat Command, Lieutenant General César Miguel Simón López, is MOA’s Commander.

The Air Defence Unit (UDAA) is an operational unit made up of different units of the Army's Anti-Aircraft Artillery Command (MAAA). It will deploy in the province of Huelva, integrating into the Air Defence System, complementing the surveillance of the airspace of national sovereignty, in addition to providing anti-aircraft defence.

During this activation, the MAAA units will be integrated around the Mistral II/71 Group Command, which will provide command and control as well as the logistical core of the operational organization. The fire units will provide different missile and cannon weapon systems.

On the Navy’s side, the frigate F-105 “Cristóbal Colón” contributes to national air defence operations by providing a large detection, identification and air defence capacity, thus complementing the range of coverage of surveillance and airspace control.

The "Cristóbal Colón" frigate belongs to the F-100 series and is the fifth in the "Álvaro de Bazán" class. Its AEGIS combat system, along with the SPY1D multifunction radar, provide itself with a great capacity for air defence. The multipurpose frigate is optimized to act as a command and control ship in high and medium intensity scenarios, capable of operating integrated in an allied fleet and providing cover to expeditionary forces or, as in this case, integrating into the National Air Defence System

“Sight, luck and go for the bull” is the motto that symbolizes the Wing that will participate in the “Eagle Eye 20-03” activation. The latest generation swing-role fighter jets from the 11th Wing, the Eurofighter, will be the ones that will contribute to the surveillance and control of the airspace.

They will complement the capabilities that are permanently provided by other Air Force units, such as those of the Aerospace Surveillance and Control System (JSVCA) as part of the Joint Force. 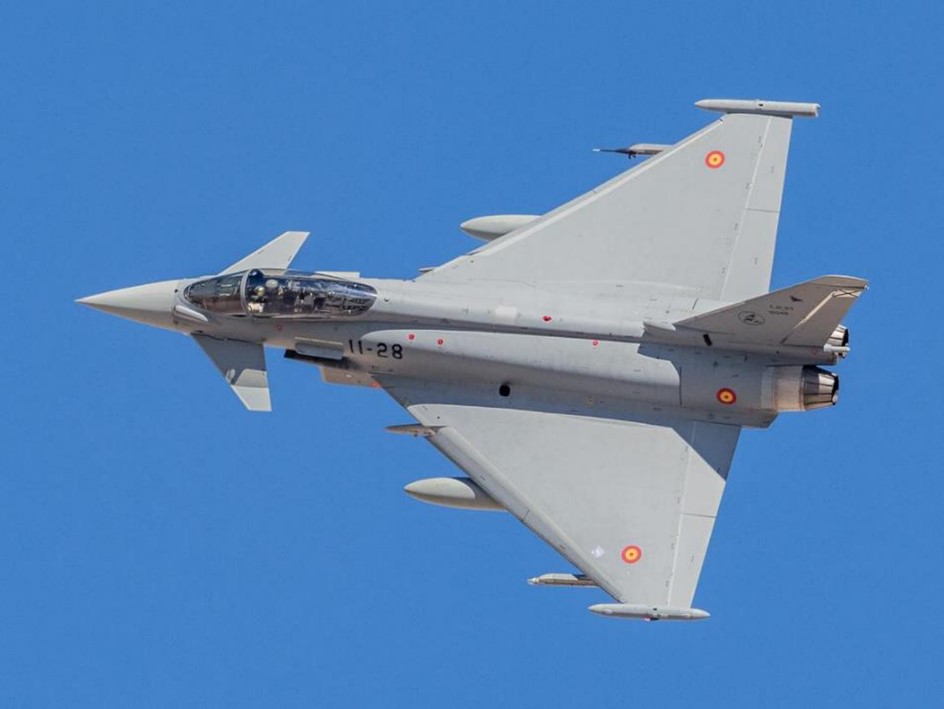 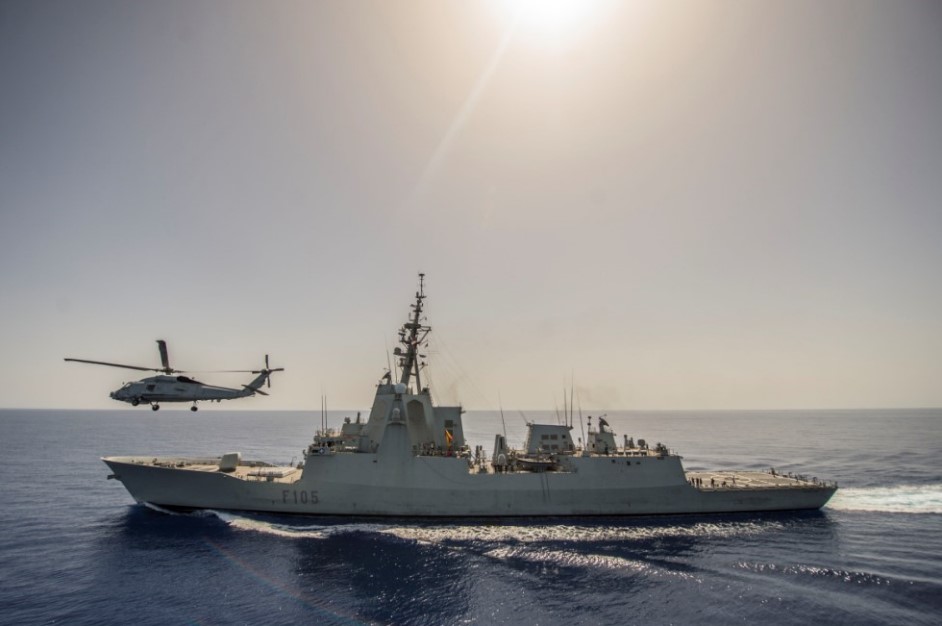