The XXXII International Seminar on Security and Defence, which will continue on Friday 18th, will be also attended by the Minister of Defence, Margarita Robles, as well as the Director for Cybersecurity policy of the United States Department of Defence, Madeline Mortelsmans, the Director of the Spanish National Intelligence Centre, Paz Esteban, the deputy Assistant Secretary General for Public Diplomacy of NATO, Carmen Romero, the Secretary General for Defence Policy, Admiral Juan Francisco Martínez Núñez, and other experts from the military, political, academic and journalistic fields.

The seminar is being broadcasted online through the Zoom App as current edition has reduced the on-site capacity due to the COVID-19 pandemic.

The Minister of Defence will close the seminar with the conference "Defence policies in the XXI century".

APE is an association established in 1963 in Brussels. The Spanish section of the APE considers itself permanently open to all those media professionals who are committed to defend civil rights, democratic values ​​and European integration. HM King Felipe VI holds the Honorary Presidency. 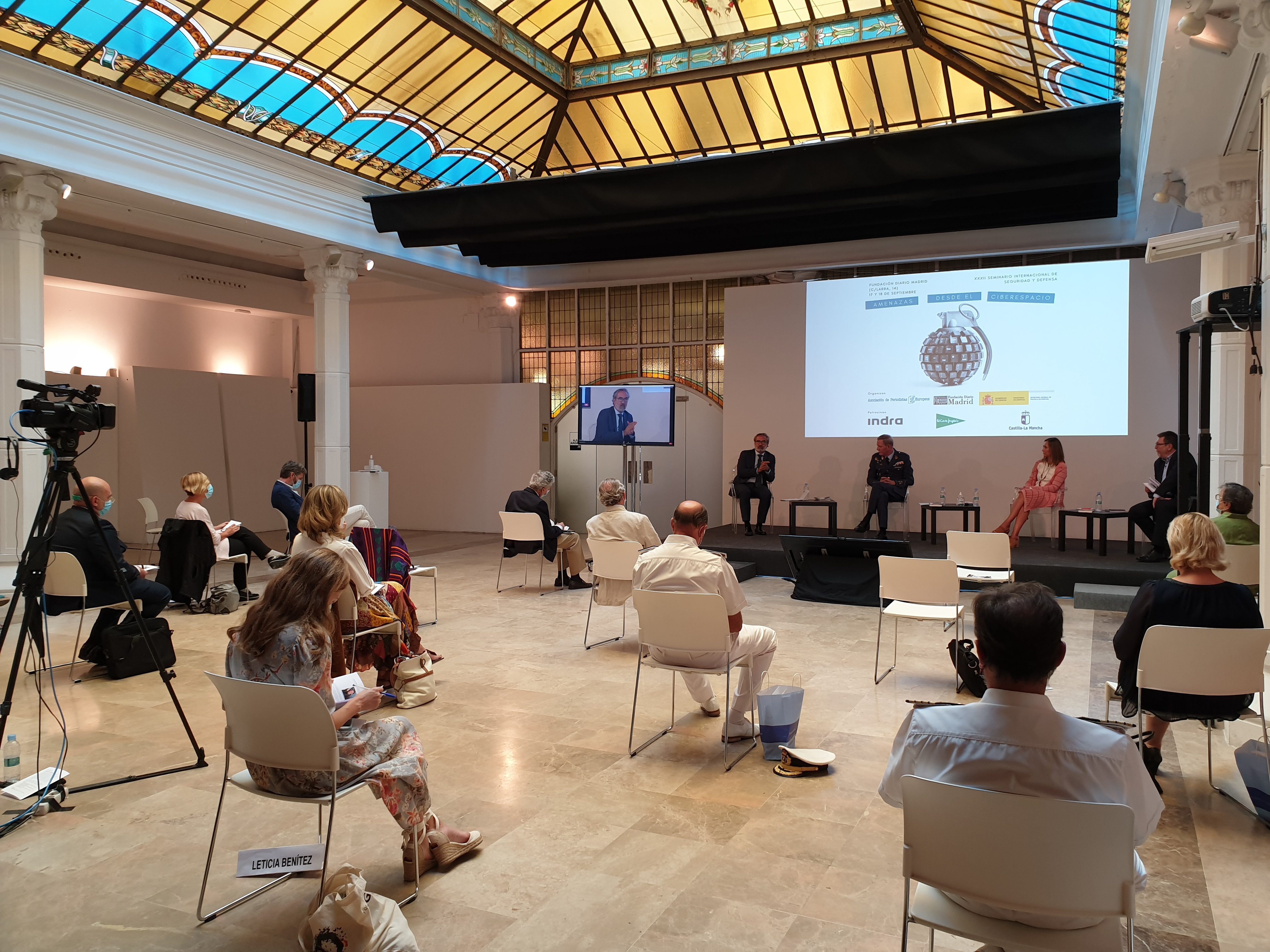