Lieutenant General Fernando García González-Valerio has sworn in as Chief of Joint  Staff (JEMACON in Spanish) today, replacing Admiral Javier González-Huix. The ceremony, held at the Defence Staff Headquarters in Madrid, was chaired by the Chief of Defence (JEMAD in Spanish), Air General Miguel Ángel Villarroya.

In his acceptance speech, the incoming Chief oj Joint Staff stated that he is aware of the responsibility that the post implies, and he has expressed his commitment, effort and loyalty to fulfil it. "It is my aim to maintain and strengthen the spirit of collaboration, which is necessary in order to be able to tackle the challenges we face," he added.

Accordingly, the new JEMACON has listed four tasks that he considers particularly important: definition of military strategy, military planning to determine force requirements, the planning and strategic management of operations and, finally, the required actions to ensure the operational efficiency of the armed forces.

Atfterwards, the Chief of Staff addressed a welcoming speech and he started by thanking the former JEMACON, Admiral González-Huix, for his dedication, professionalism and devotion. Subsequently, General Villarroya addressed Lieutenant General González-Valerio to point out that EMAD's  new organisation  and the beginning of the new planning cycle must now be added to the four challenges mentioned. "I am convinced that you are the right person to face them," he remarked.

Lieutenant-General González-Valerio has served in the Parachute Brigade, the Legion, the Army Staff, the NATO Rapid Reaction Corps in Germany and the Airborne Brigade. His last assignment before taking up his new post as JEMACON was as Commander of the "Castillejos" Division.

He also has extensive operational experience. He has been deployed to the Balkans, Mozambique and Afghanistan, where he commanded the ASPFOR XXXII contingent in 2012. 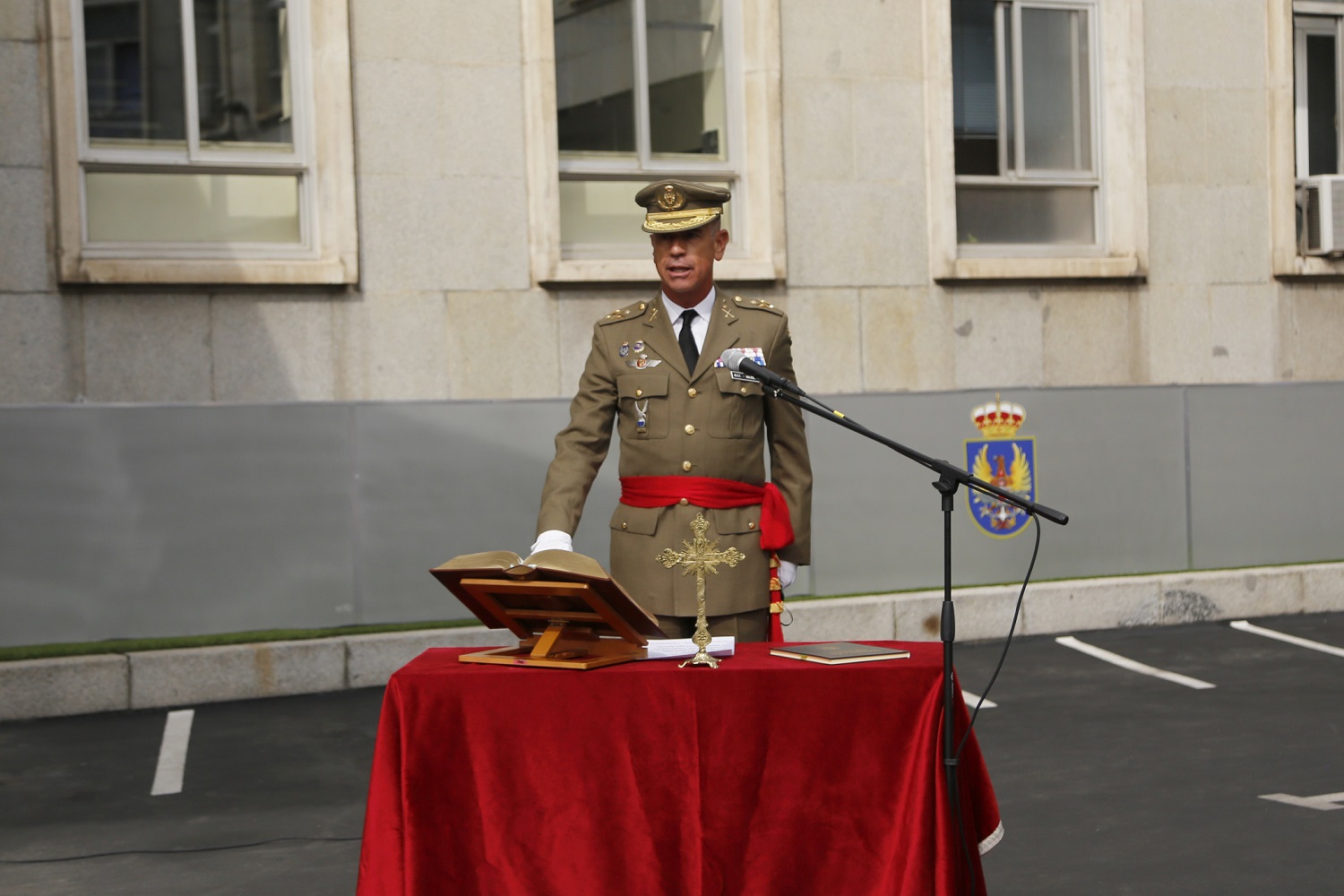 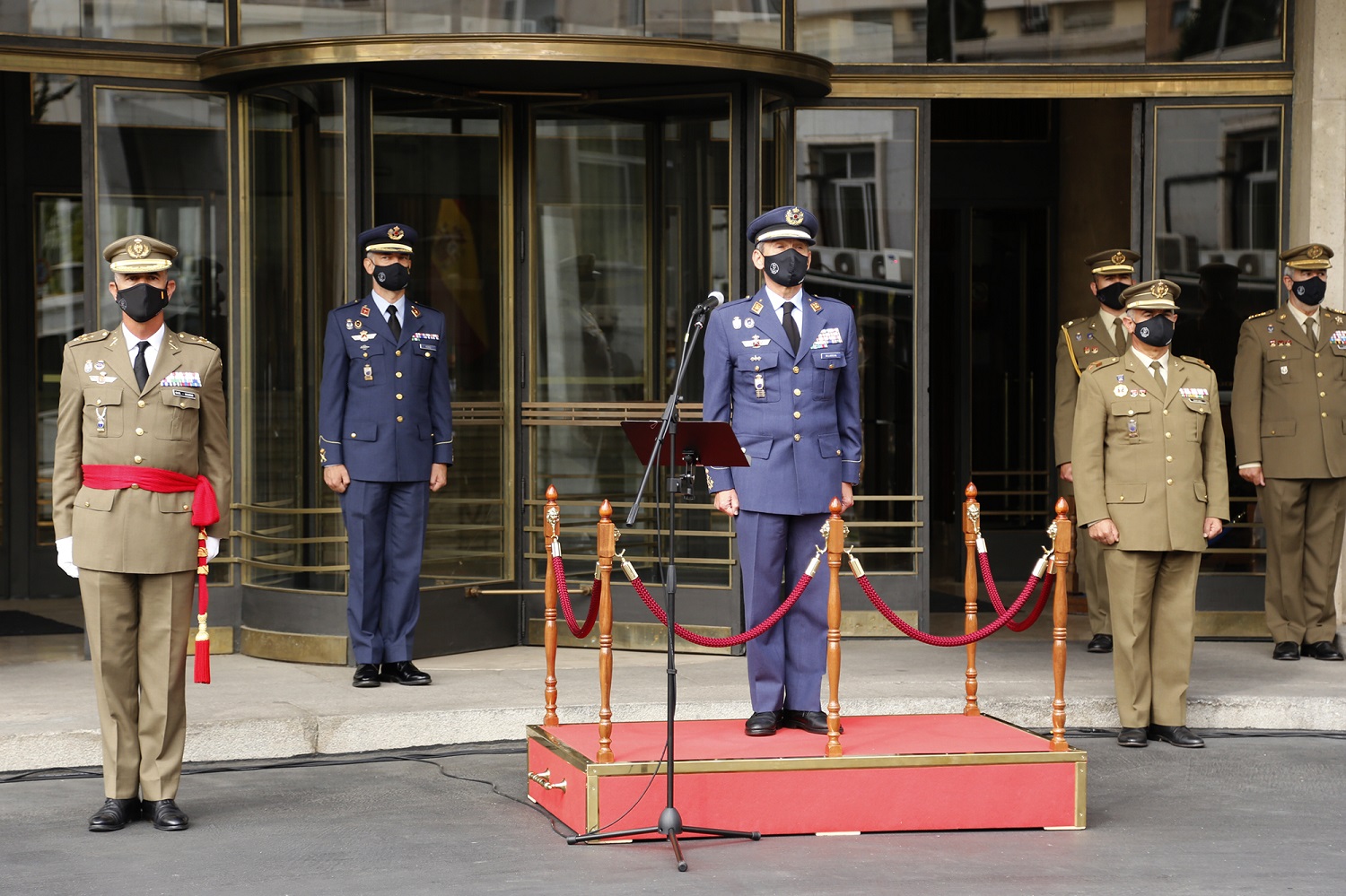 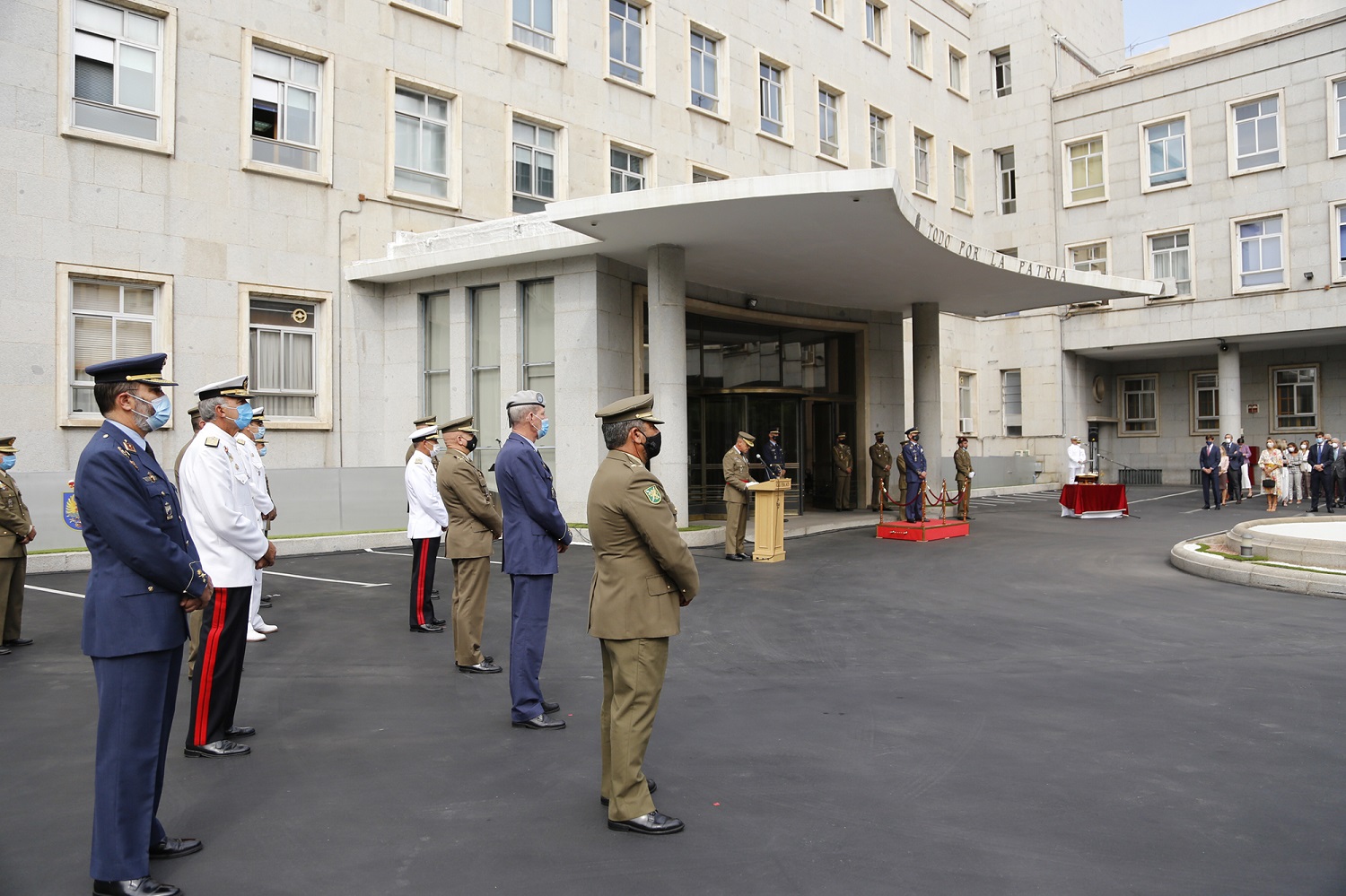