The Ministry of Defence has approved Defence Staff Headquarters’ new structure aiming to adjust its branches "to the changes that may occur in a more versatile and quicker manner ", as stated in ministerial order DEF/710/2020, of 27 July.

The new regulation reorganises the Joint Staff (EMACON, in Spanish) by setting up the Force Development Division (DIVDEF, in Spanish); this body will be responsible for leading the cross-sectional procesess of force development, the foresight process, the reasearch and development of the joint & combined doctrine and the joint process of learned lessons and best practises. 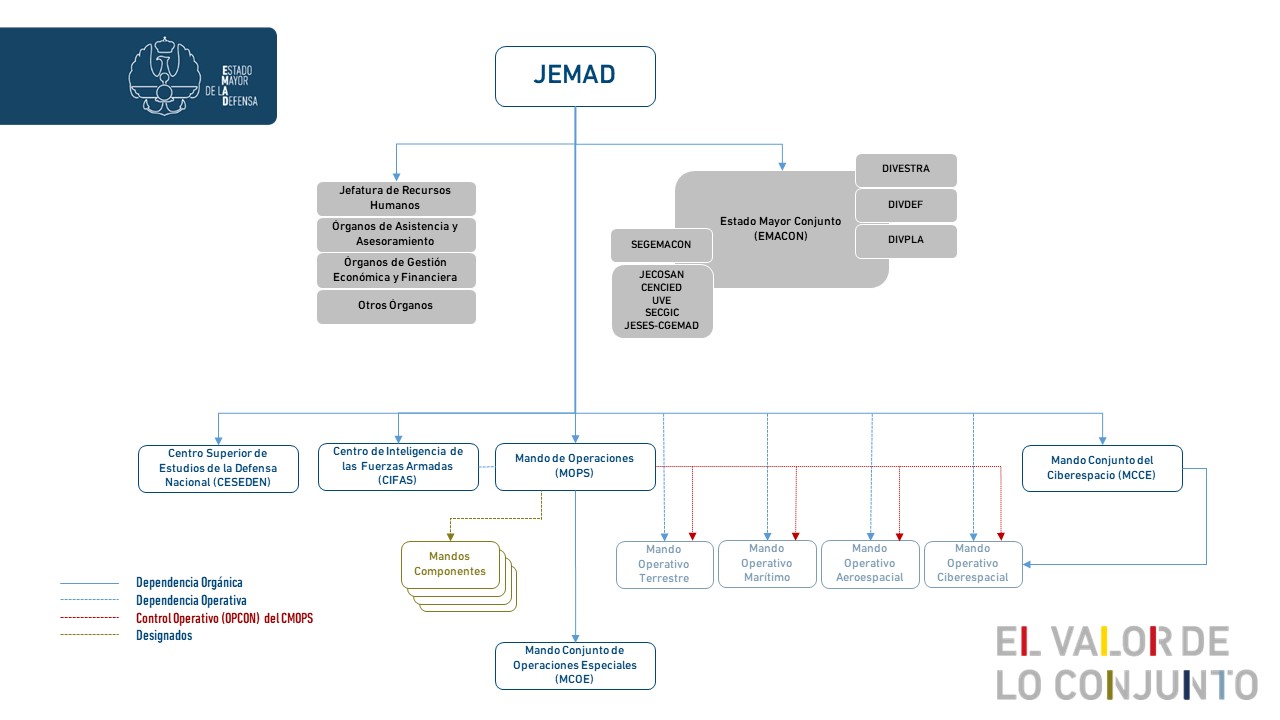