Spanish CHOD (JEMAD in Spanish), Air General Miguel Ángel Villarroya addressed a lectura on the Armed Forces’ role during the COVID-19 pandemic, as part of a webinar organised by the Ministry of Defence and the Extraordinary Chair in Military Law at the University Complutense.

The CHOD explained the beginning and the organisation of the Operation ‘Balmis’ described as “the largest deployment  within our borders in peace time” conducted to provide support to the Spanish society.

He also has remarked the close collaboration and coordination with all the bodies involved in the management of this crisis and the willingness of the armed forces to work with the aim of saving lives, always at the request of the authorities.

General Villarroya stressed the armed forces' ability to launch operation 'Balmis II' if necessary, after analysing the lessons learned. In this connection, the Chief of Defence highlighted the importance of the armed forces' response to the pandemic, which has brought "calm and security" to society. 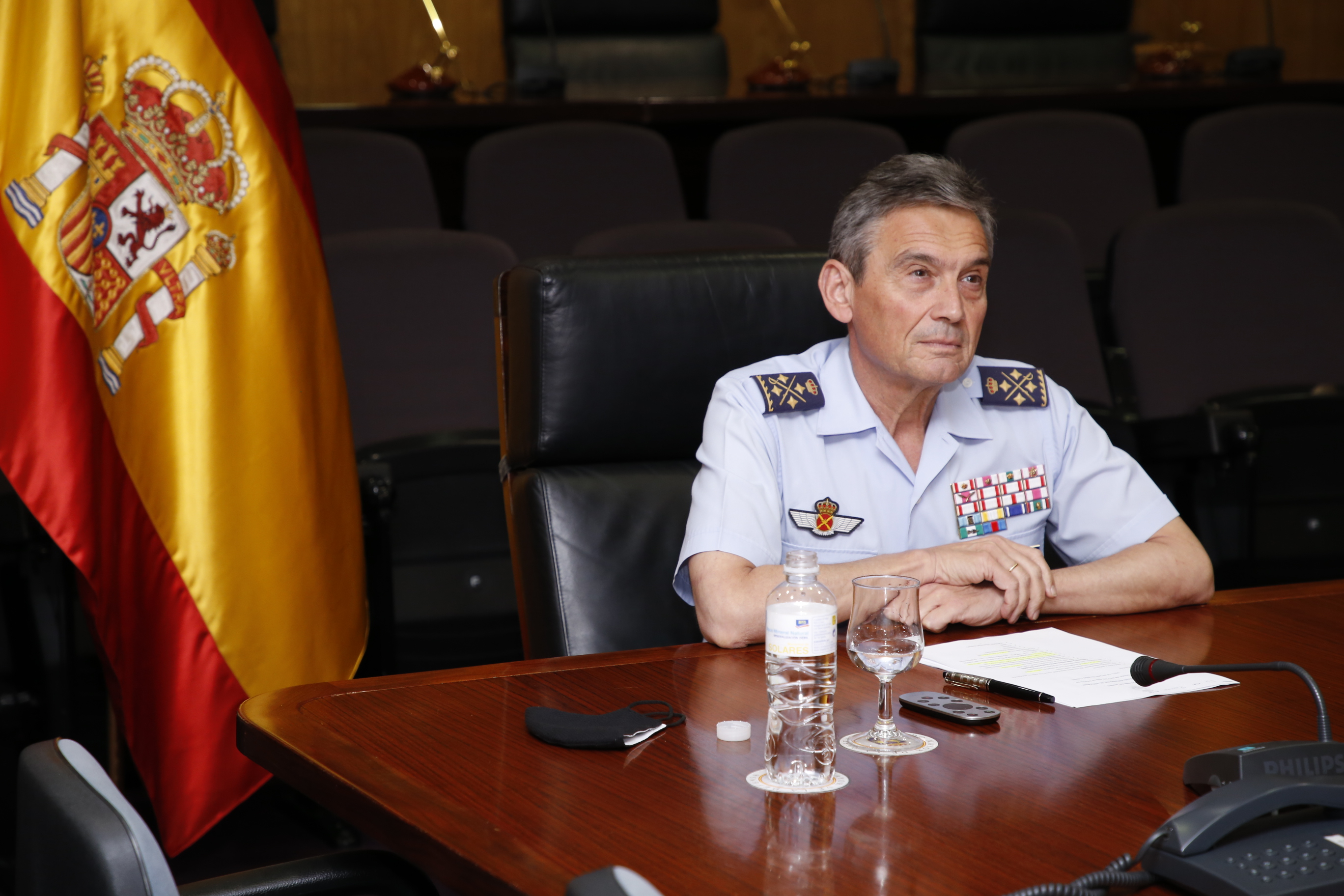 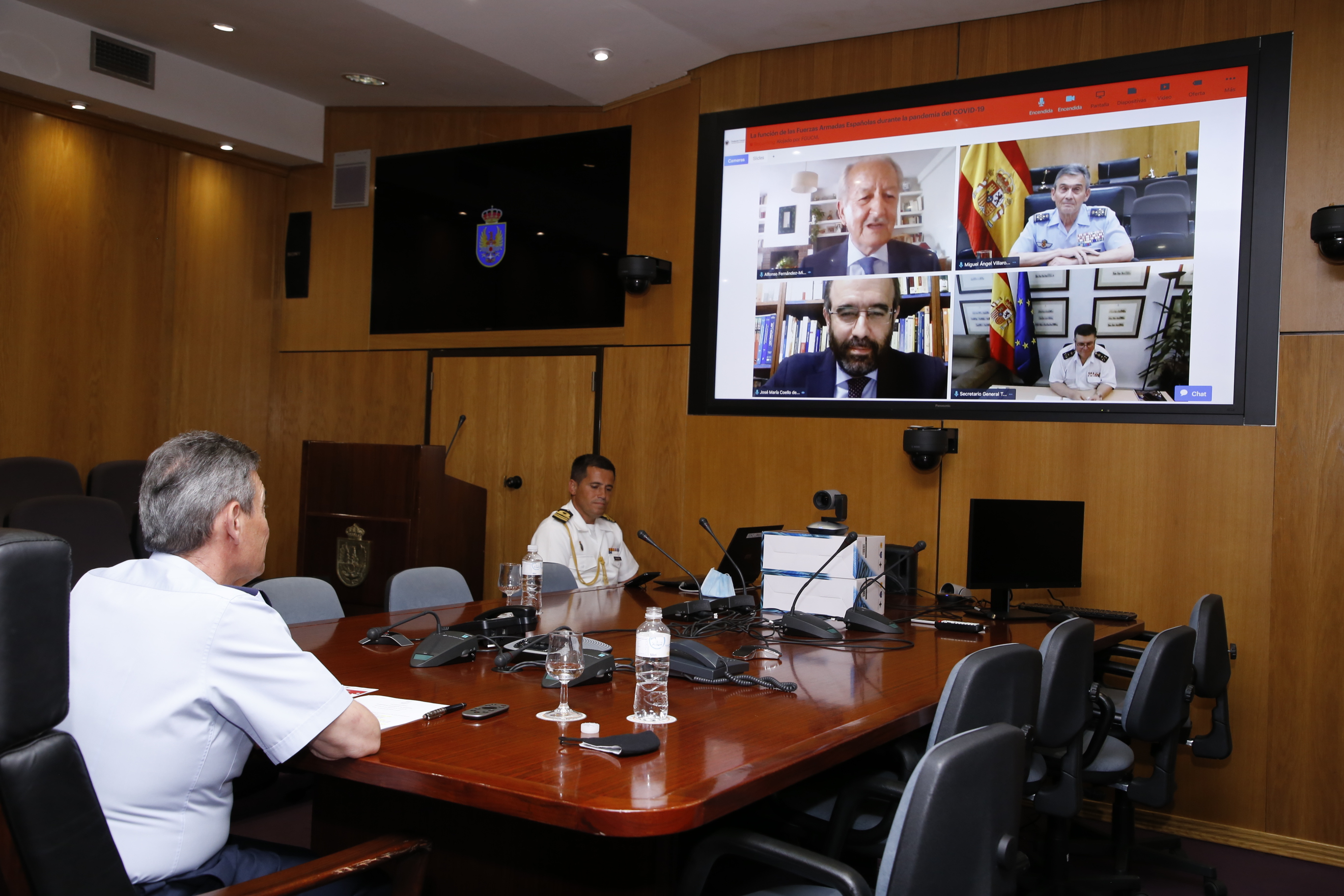