The NAEW&C Force takes part in the exercise Ocean Sky

·      An AWACS early warning aircraft has deployed at Gando Airbase

The E-3A Component of the NATO Airborne Early Warning and Control Force (NAEW&C) has deployed an AWACS aircraft at Gando Airbase (Gran Canaria) on the occasion of the exercise “Ocean Sky 19”. 59 civilian and military professionals, 6 of them Spaniards, coming from the Geilenkirchen Airbase (Germany) where these Alliance´s early warning aircrafts operate, have been displaced in this aircraft.

On this occasion, the aircraft with tail number 450, showing off on its fuselage a design created for the 70th anniversary of NATO that says #WEARENATO, takes part. This plane has recently completed three equipment upgrades. It counts with a new digital cabin that meets the most demanding requirements of air navigation.

The exercise Ocean Sky 2019 relieves the DACT (Dissimilar Air Combat Training) exercises, conducted until 2017 with E-3A Component participation. This is one of the most important exercises organised by the Spanish Air Force, both for its entity- around 70 aircraft, including fighter, transport, refuelling aircraft, SAR (Search and Rescue), AEW (Airborne Early Warning) aircraft, etc.- and for its complexity, operating in dynamic scenarios designed by the Air Combat Command and by TLP (Tactical Leadership Programme).

For the E-3A Component, it is an excellent opportunity to test the tactics, techniques and procedures to be updated, on the basis of the ongoing incorporation of new capabilities, allowing NATO to be equipped with a real multi-domain command and control platform. 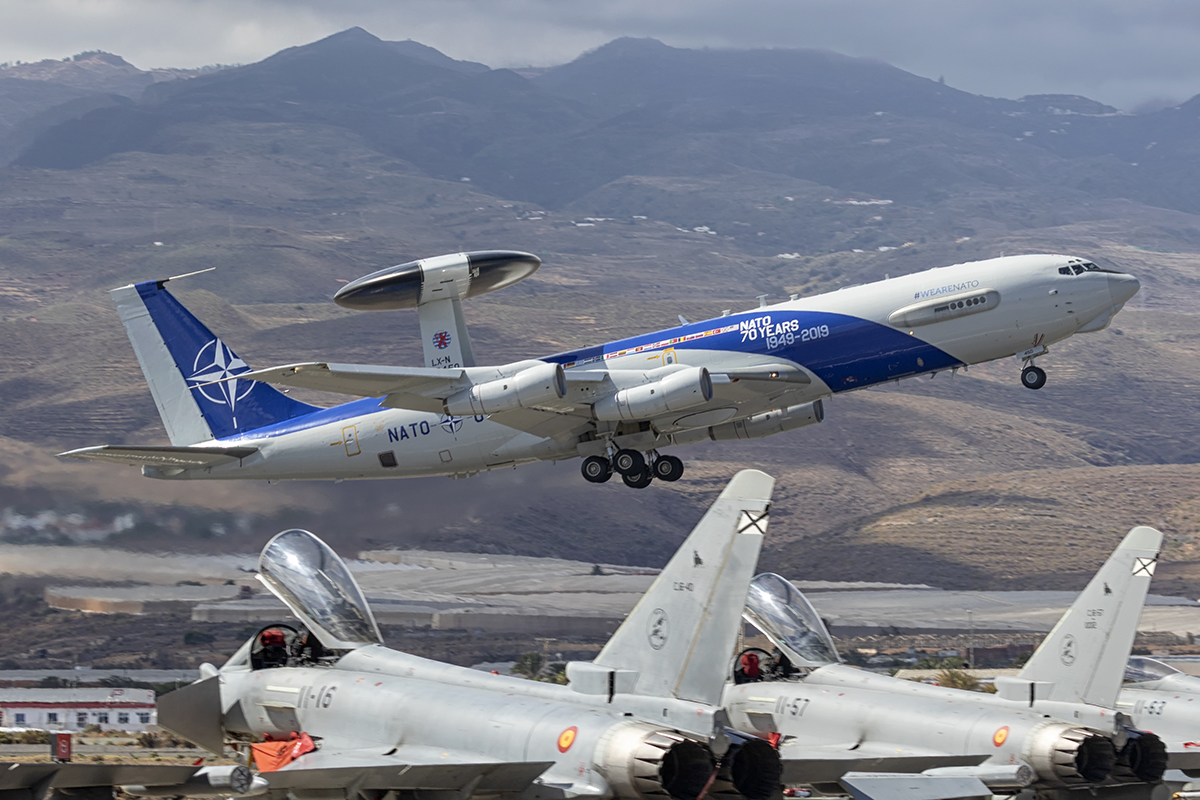 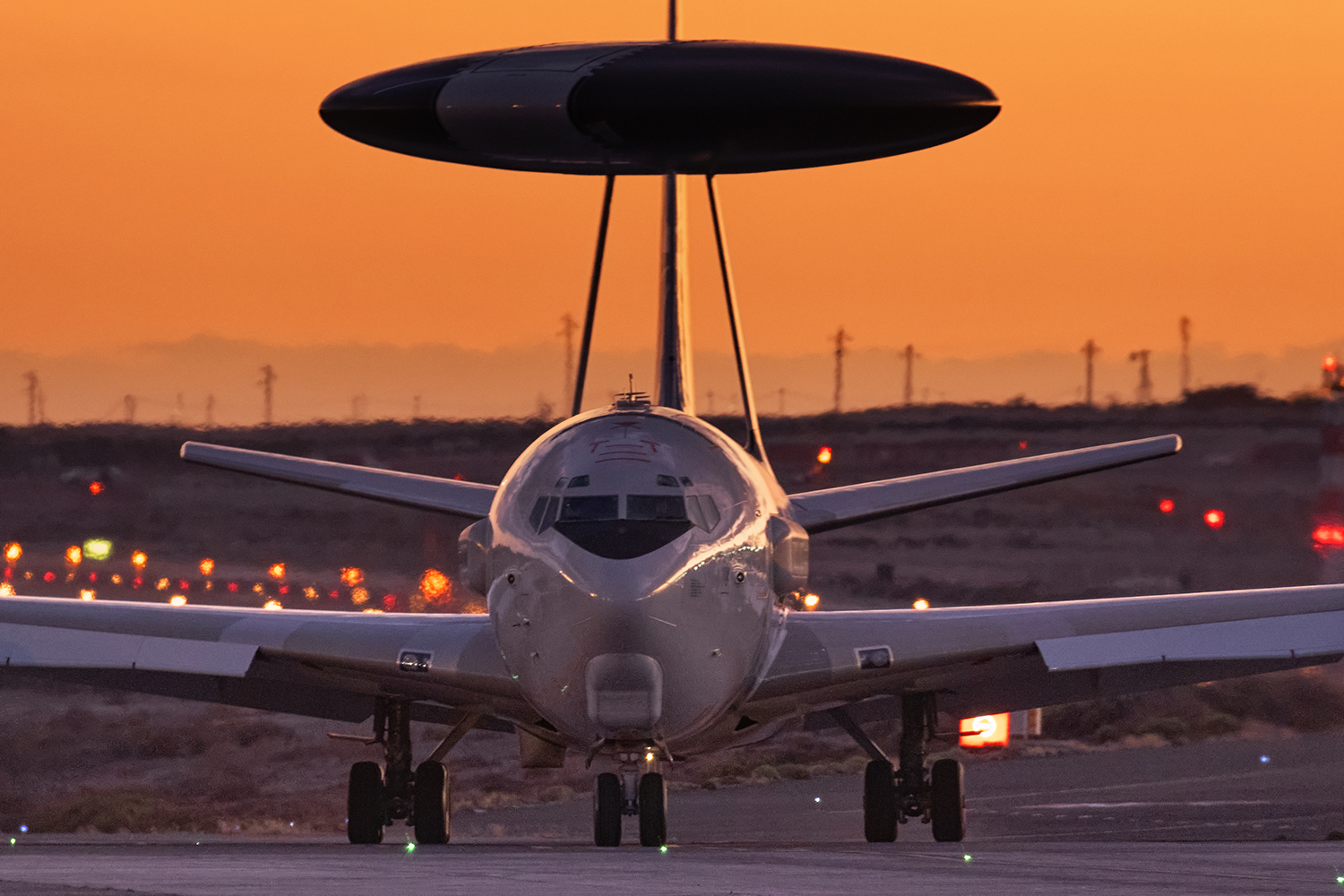 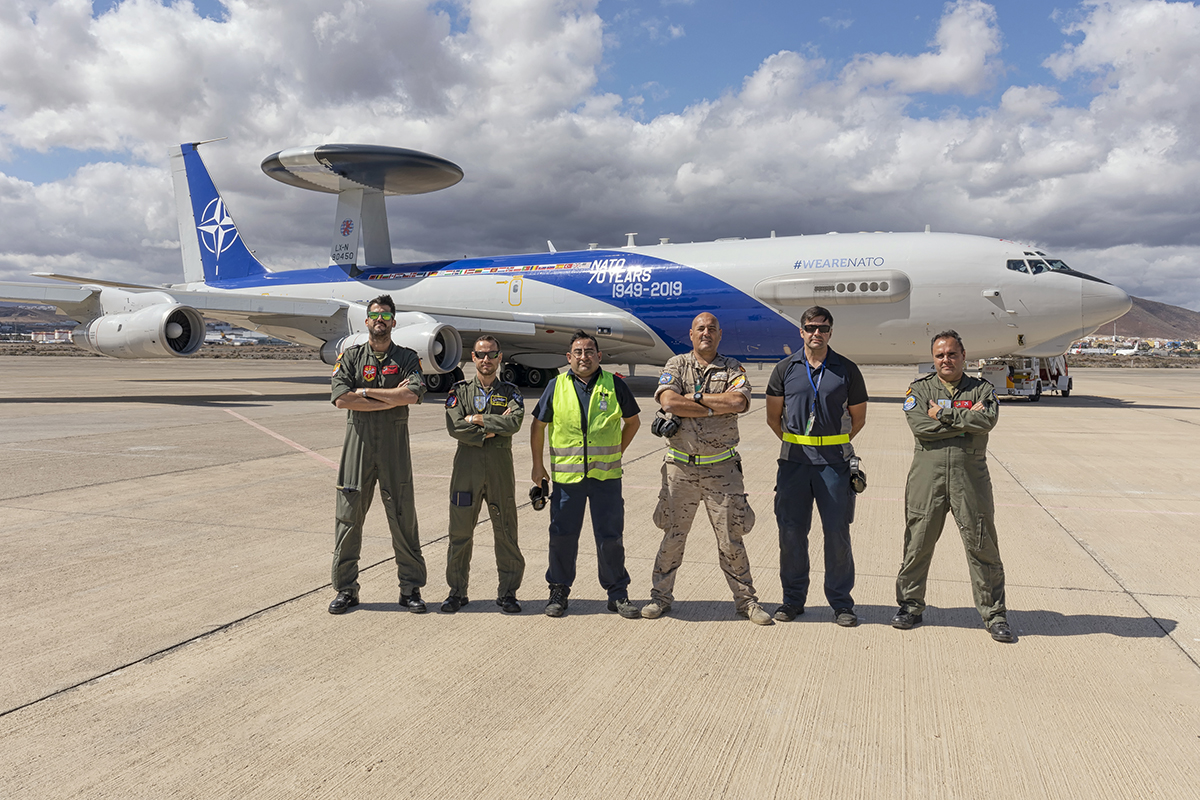