The Spanish Ambassador to the United Kingdom, José Pascual Marco Martínez, has visited the HQ of the Allied Rapid Reaction Corps (ARRC), based in Gloucester, in western England. He was joined by the Defence Attaché, Naval Captain José Luis Nieto. There they were received by the head of the ARRC, British Lieutenant General Nick Borton, and by the Commander of the Spanish contingent, Brigadier General Victor Bados. The visit is part of the Ambassador's ongoing tour to meet Spanish military personnel stationed in the United Kingdom and their units.

The Allied Rapid Reaction Corps (ARRC) is one of ten multinational HQs of a NATO Force Structure Corps entity similar to the one Spain has in Bétera, Valencia (called NRDC-ESP, or NATO Rapid Deployable Corps). All of them are deployable and designed to be in a position to lead an operation when and where NATO determines.

The ambassador met with Lieutenant General Borton and the deputy head of the ARRC, Italian Major General Gianluca Carai. He then held a meeting with the Spanish contingent assigned to the ARRC, where General Bados briefed him on the missions and tasks of the ARRC. He then visited the Operations Centre, where he was given a quick briefing on current operations and conflicts of interest to the Alliance. The visit ended with a lunch hosted by the ARRC's Chief Lieutenant General. 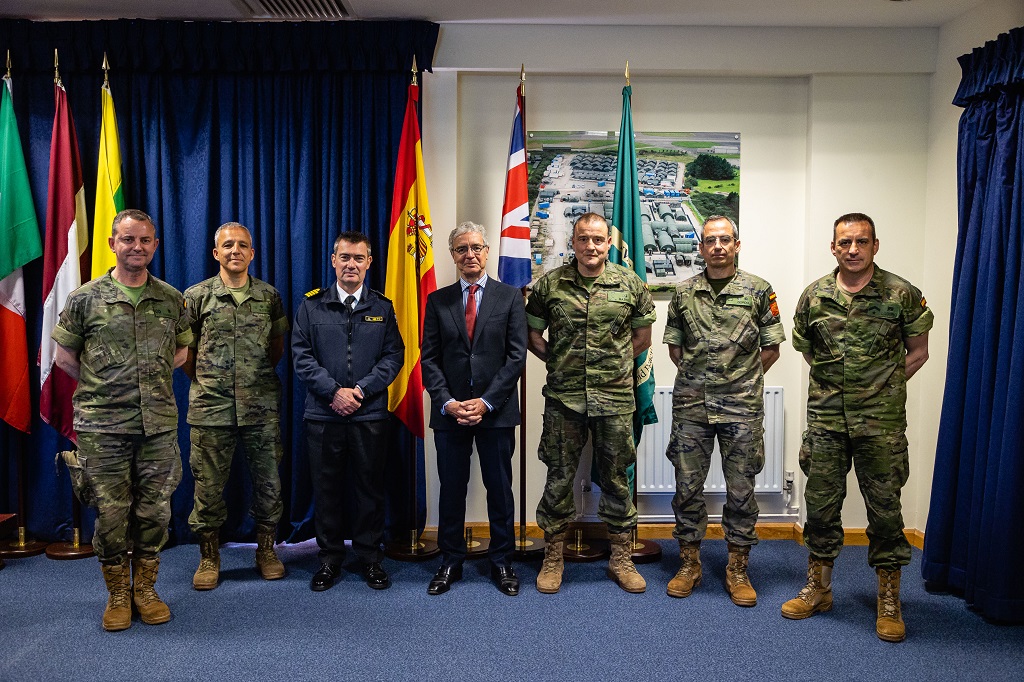