An Argentine delegation visits the Joint Staff and INTA

A delegation composed of three senior officers from the General Directorate of Strategic Planning of the Joint Staff of the Argentine Armed Forces visited the Defence Staff Headquarters (EMAD) from 22 to 26 November.

The objectives of the visit include achieving better mutual understanding between the two Joint Staffs, sharing information on organisation and structures, military planning processes and the generation of new concepts and doctrines, as well as exchanging experiences in areas such as the Armed Forces' management of the crisis arising from the COVID19 pandemic, contributing thus to strengthening mutual trust between the armed forces of the two countries.

The bilateral exchange activity had an important component in the area of innovation and technologies applied to defence, during the visit to the facilities and equipment of the Technological Institute "La Marañosa", which make up the Sub-Directorate General of Terrestrial Systems of the National Institute of Aerospace Technology (INTA).

Finally, the meeting with the representatives of the Joint Staff of the Argentine Armed Forces ended with a visit and tour of the Centre for National Defence Studies (CESEDEN), which represents the highest exponent of the Spanish military academic sphere, along with research and higher defence studies. 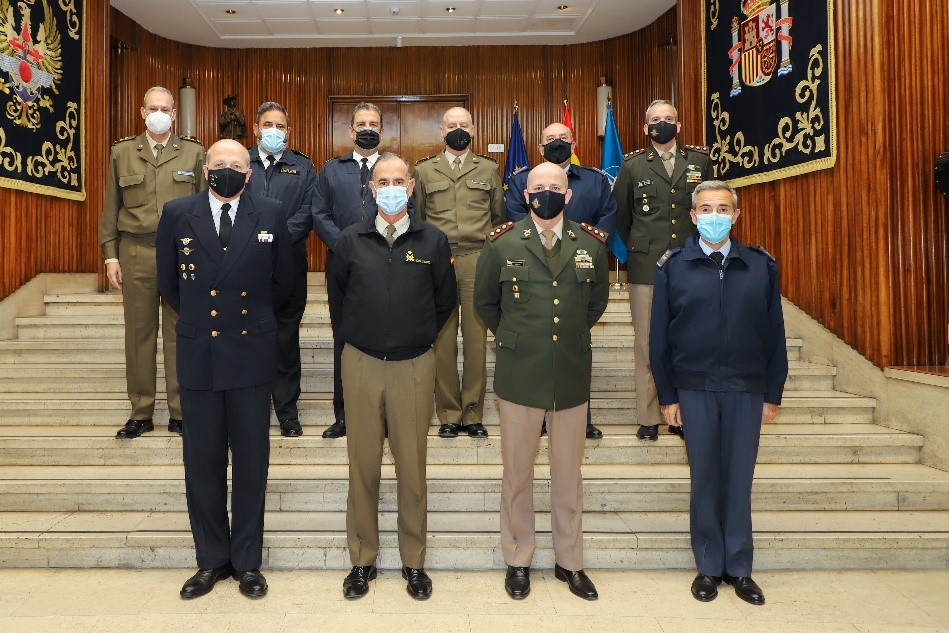