The CHOD was welcomed with official honours and he was briefed about the Guardia Civil's command and control capabilities and its collaboration with the Armed Forces both in national territory and in missions abroad.

After a brief presentation about Guardia Civil's organization, tasks and capabilities, delivered by the Head of the Guardia Civil’s Operations Command, lieutenant general Félix Jesús Blázquez González, admiral López Calderón visited the Operations Centre's facilities, where the CECORVIGMAR is located, within the Guardia civil's General Directorate, in Madrid. 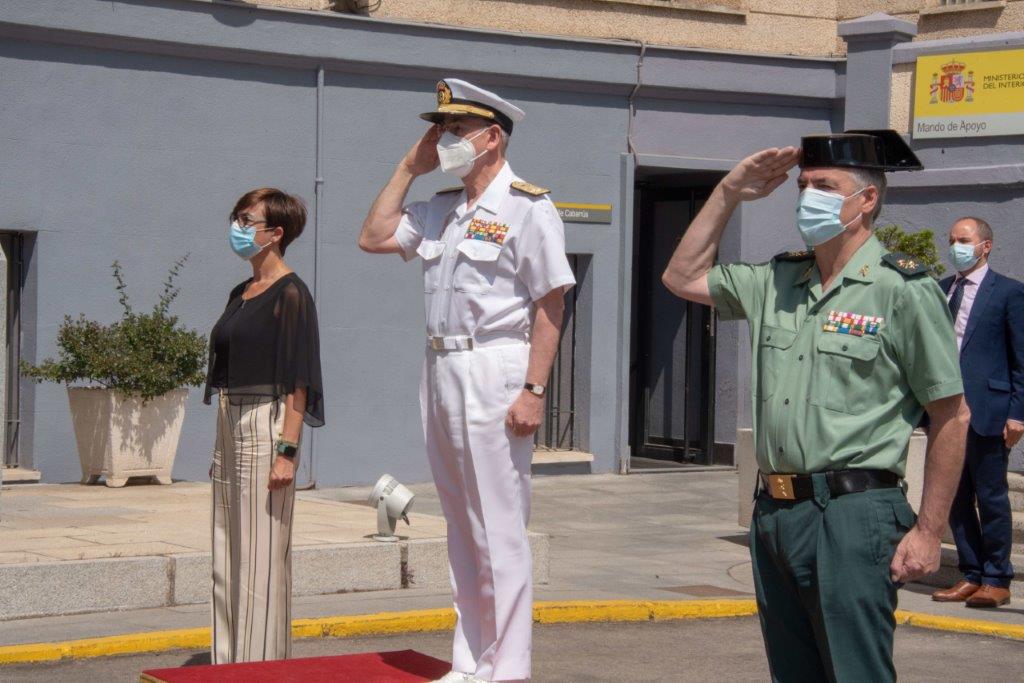