Chief of Defence Staff, admiral general Teodoro E. López Calderón, has paid an official visit to Romania, from March 24 to 26, to see first-hand the activities of Detachment "Paznic" within the  enhanced Air Policing (eAP) and also frigate "Méndez Núñez" as NATO's SNMG-2 flagship.

During the first stage of the trip, on the morning of 24th and 25th, admiral López Calderon held meetings with the Minister for Defense and the Chiefs of the Romanian Air Force and the Romanian Navy. These meetings highlighted the excellent bilateral relations on Defense affairs and the commitment of both countries to global security as members of NATO and the European Union.

In addition, the Spanish CHOD visited the Multinational Division Southeast HQ (MND-SE), where he highlighted the contribution of this unit to the security of the Alliance on the southeast flank and, therefore, to global security.

Admiral López Calderón also had the opportunity to meet with the Spanish Ambassador, Manuel Larrotcha, and Spanish military personnel stationed at the MND-SE HQ and at the Multinational Brigade Southeast, with headquarters in Craiova.

On the afternoon of the 25th, he went to Constanza AFB, where 'Paznic' Detachment is deployed, to visit the unit and to preside, along with his Romanian counterpart, lieutenant general Daniel Petrescu, a medal presentation ceremony.

General Petrescu presented the Romanian General Staff's Emblem of Honor to the head of the Detachment, lieutenant colonel Medel, acknowledging the efforts made by the Spanish unit at the enhanced Air Policing (eAP). Likewise, the Chief of the Romanian Air Force, general Viorel Pana, acknowledged this effort by awarding seven members of the Detachment with medals.

At the end of the ceremony, Spanish CHOD addressed a few words to the Spanish airmen thanking them for their high level of readiness and outstanding skills to successfully complete the mission. Afterwards, he visited the Warning Area (QRA), where aircraft and crews are ready to take off in less than 15 minutes, and the operations centre, where missions are monitored from.

The trip ended on the 26th when he visited frigate 'Méndez Núñez' docked at the port of Constanza after taking over from frigate 'Cristóbal Colón' as SNMG-2's flagship. Accompanied by lieutenant general Petrescu, CHOD was welcomed on board by the Commander of the Grouping, Spanish rear admiral Manuel Aguirre, and by frigate's commander, navy captain Antonio Esteban. After signing the Book of Honor, SNMG-2's Chief of Staff briefly explained the grouping to the authorities.

Detachment 'Paznic' is Spain's contribution to eAP in Romania. Six Eurofighter 'Typhoon' aircraft and roughly 130 airmen make up the unit, deployed in Constanta from February 1 to March 31. During this period, the Detachment performed 200 take-offs, with approximately 400 flight hours, participated in two international naval exercises, 'Poseidon' and 'Sea Shield', and trained with F-16s and Mig-21s of the Romanian Air Force.

Frigate 'Méndez Núñez', which left Ferrol on March 5, has been acting as SNMG-2 flagship since March 21. Its mission is to immediately and effectively react against any threat to the Alliance, preserving international legality and peace on the assigned area of operations. During the last week, it has carried out the naval exercise 'Sea Shield 2021' with the participation of allied countries along the Black Sea, as well as the United States, Greece, Holland and Poland.

Along with the Spanish frigate, the SNMG-2 is currently made up of frigates 'Smeli', 'Regina Maria' and 'Kemalreis', from Bulgaria, Romania and Turkey, respectively. Since last June 2020, the Grouping has been commanded by Spanish rear admiral Manuel Aguirre Aldereguía, embarked with his multinational staff on board the flagship. 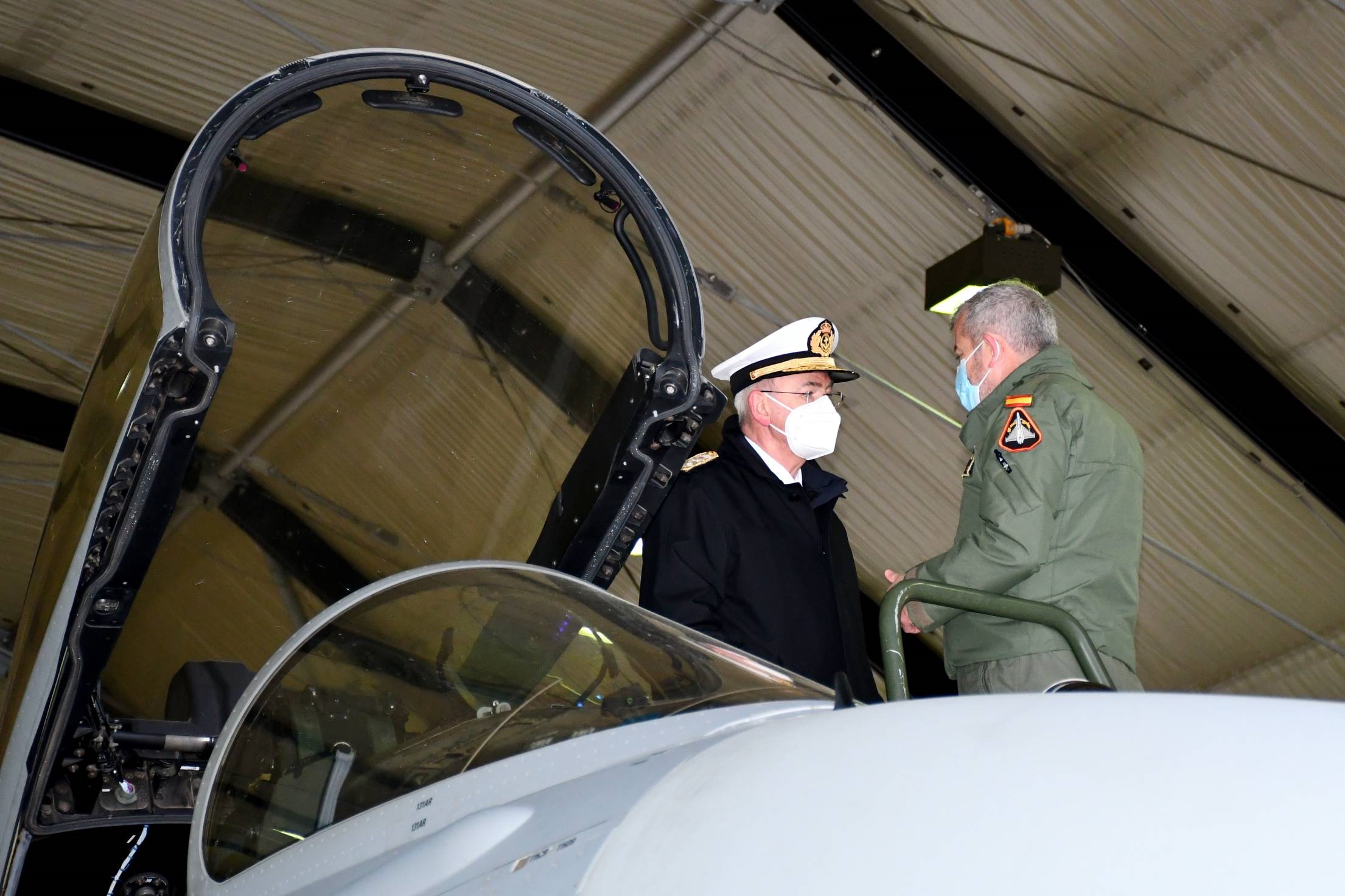 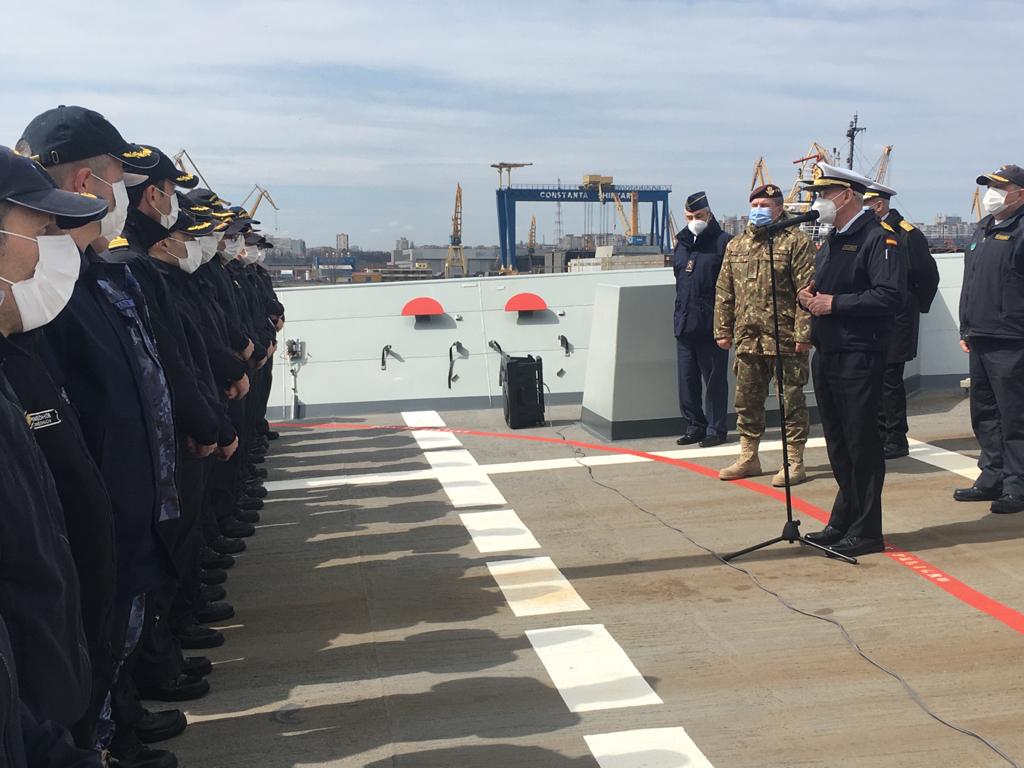 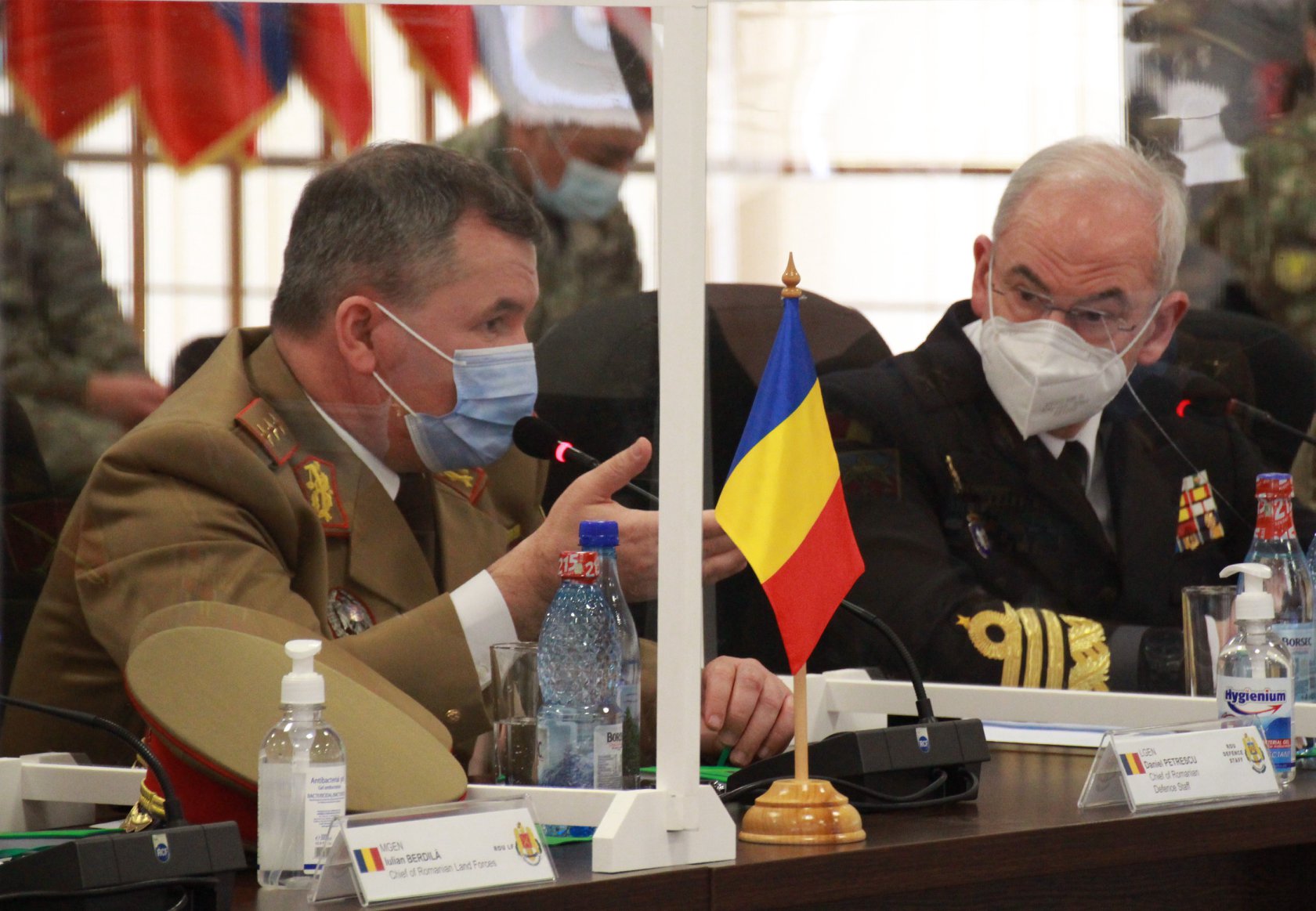