The Chief of Defence (CHOD), Air General Miguel Villarroya, has presided the ceremony to pay tribute to the members of the Armed Forces who died whilst in service as well as to the victims of COVID-19 pandemic. The ceremony was held in the courtyard of the Defence Staff Headquarters (EMAD), as part of the Armed Forces Day.

Heads of the units, centres and bodies of EMAD have attended the ceremony, besides a representation of officers, non-commissioned officers, soldiers and also civilian staff.

In addition, the units stationed at the military base in Retamares (Madrid) have held a similar ceremony, presided by the Commander of the Operations Command, Lt. Gen. Fernando López del Pozo.

Such ceremonies were carried out in accordance with current health protocols and maintaining the minimum safety distance between attendees. 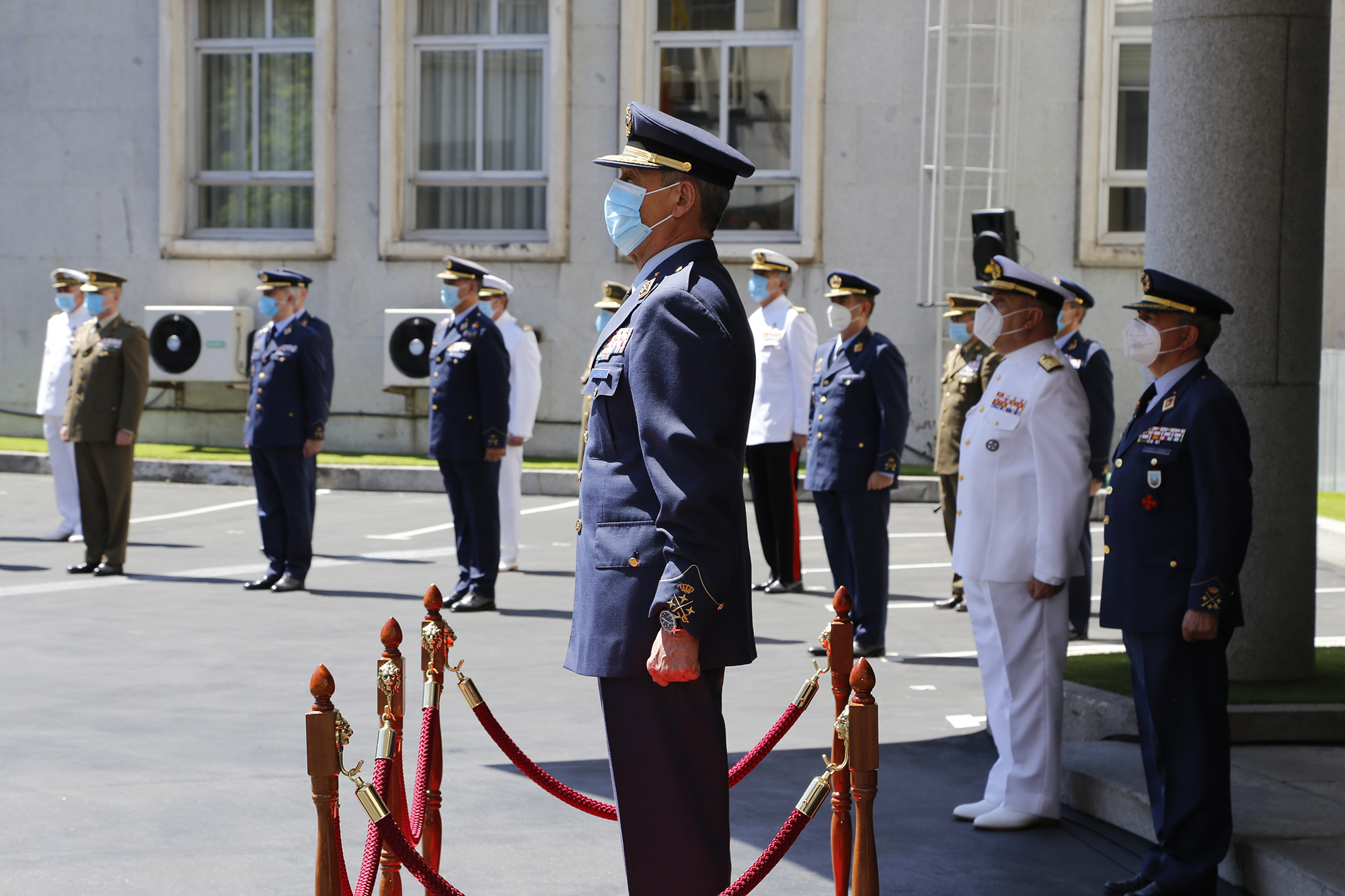 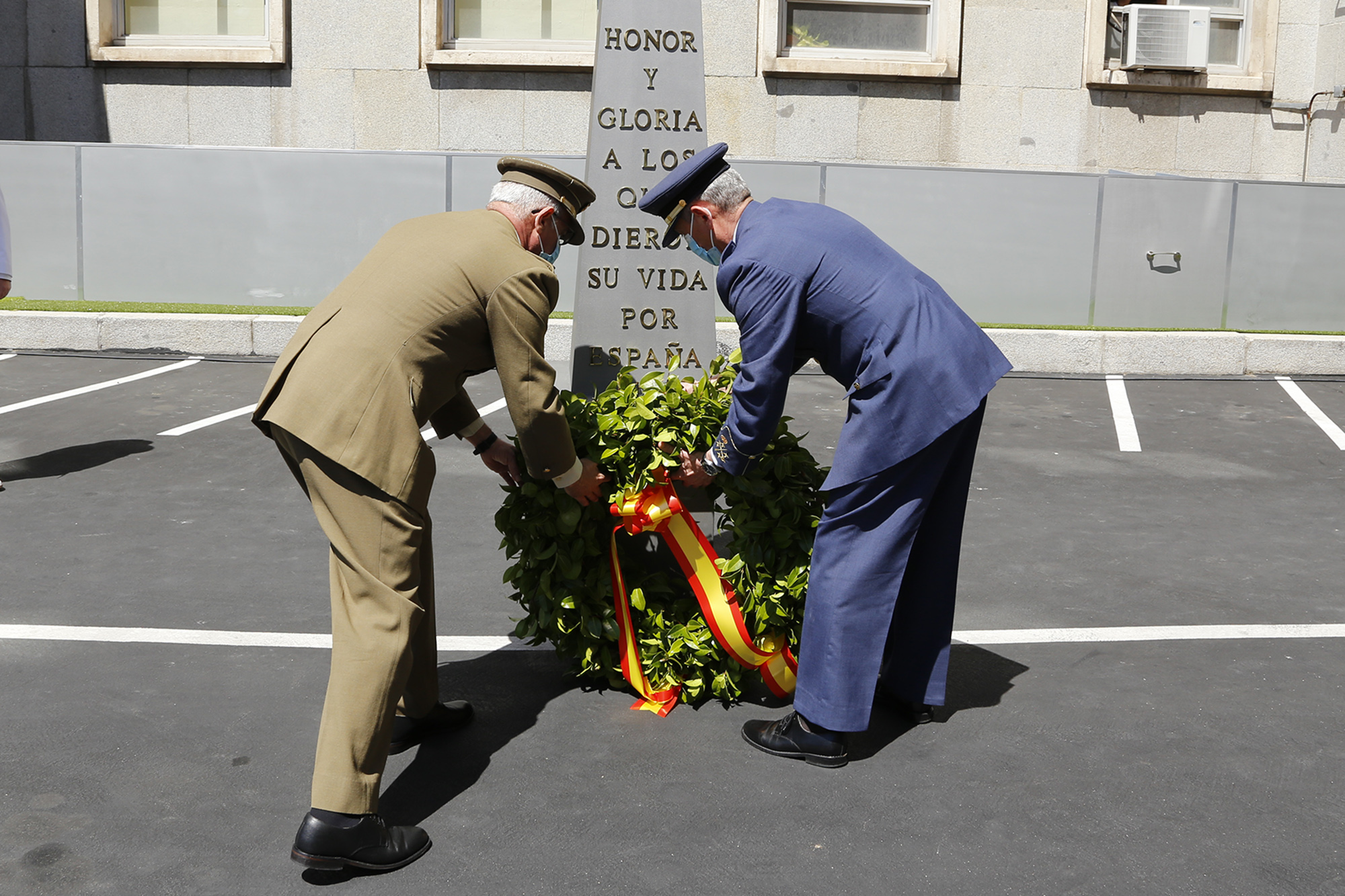 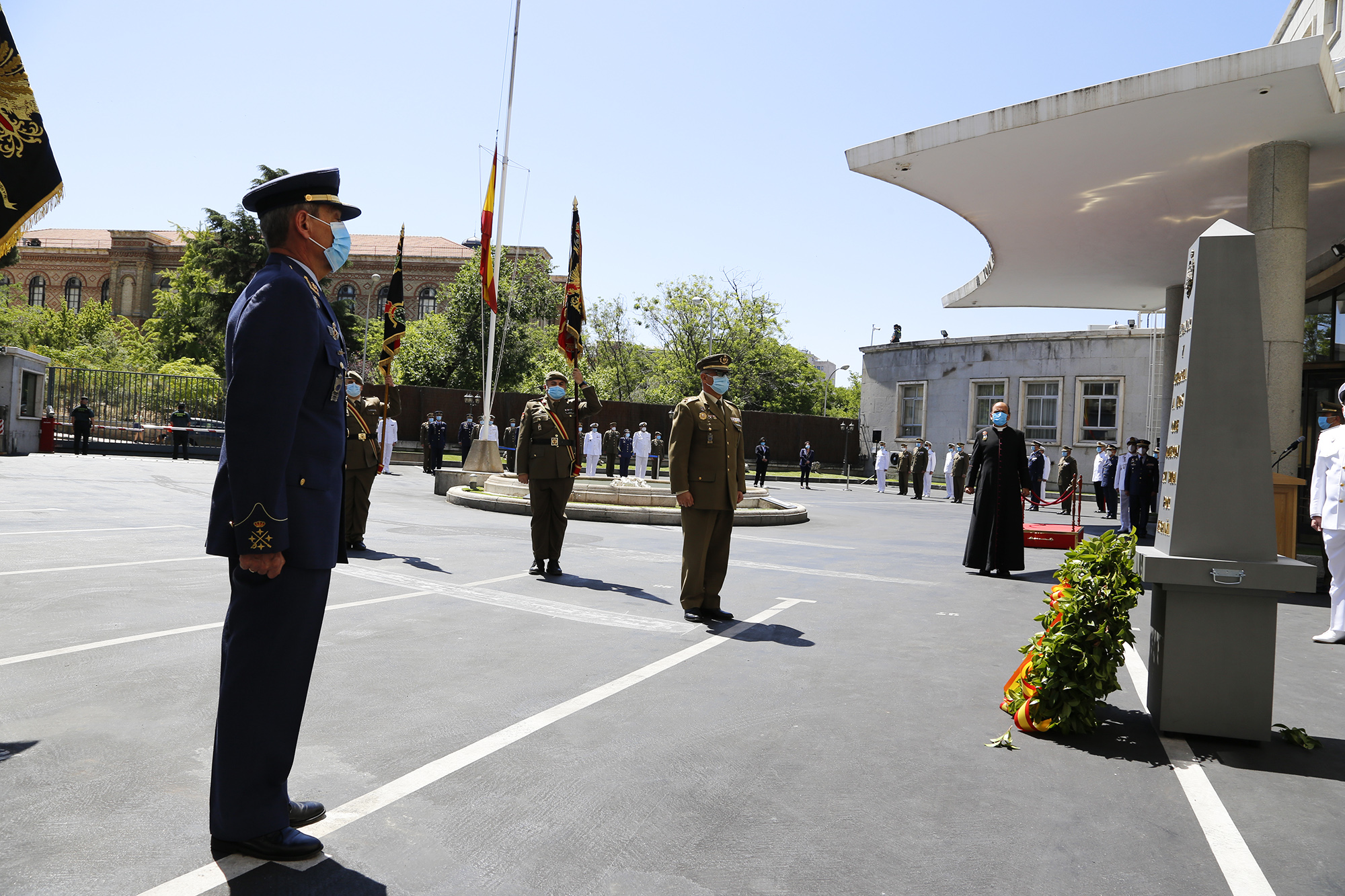 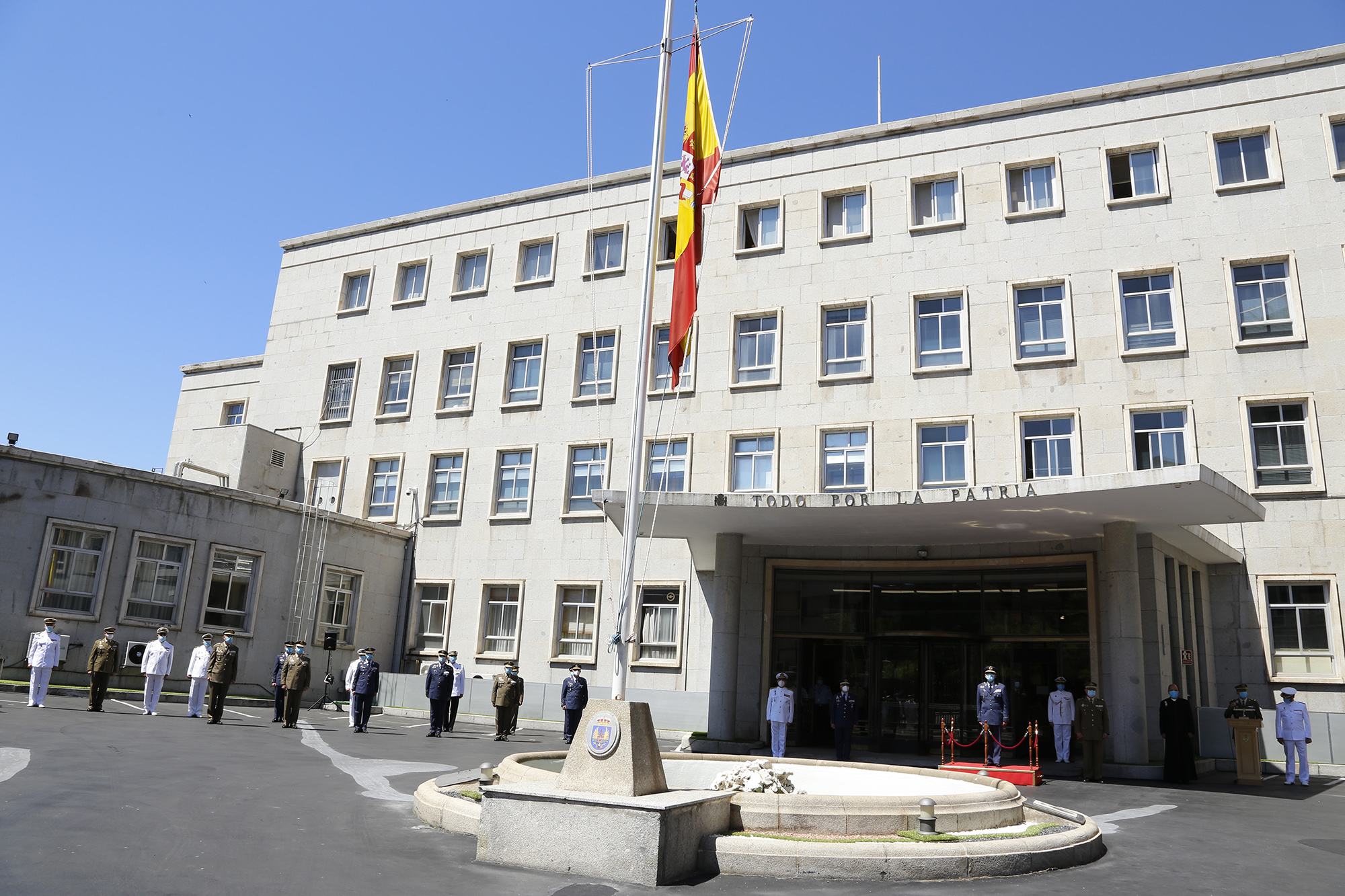