A multinational team composed of two members of the Spanish Verification Unit (UVE) and two inspectors from the German and French verification centres carried out an assessment, in accordance with the Vienna Document, of the 604th Air Base of the Kazakhstan Air Force, located in the city of Taldykordan. This unit was chosen to carry out the evaluation due to the fact that it is the home for the new Russian-made combat aircraft model Su 30SM.

This is the first time that Spain leads an activity in Kazakhstan according to the Vienna Document. The evaluation visit is configured as a confidence- and security-building measure (CSBM), which aims to verify the information on the unit-regiment, wing or equivalent - provided by the evaluated country in its Annual Exchange of Military Information.

The evaluation visit lasts one day and begins with a briefing which, in addition to the topics covered in the Vienna Document, raises questions about training systems, unit activities, staff and materials, etc. All of this with the aim of comparing the information received with regard to its military forces and its deployment plans.

Upon arrival in Almaty, the assessment team agreed with the Kazakh escort team to conduct the assessment on the same day, as the weather forecast for the following day was not favourable for a helicopter flight, the means of transport selected by the host country.

After receiving the evaluation team, the Base Commander gave a briefing on the unit with a question time session in which answers were given to the evaluators in an open and transparent manner.

The evaluation visit continued with a tour through the unit to see the new Su 30SM aircraft model. On the occasion of the presence of the evaluation team, a demonstration of this aircraft in flight was carried out; six units participated in the demonstration.

It should be noted that during the entire activity the representatives of the Republic of Kazakhstan were open and cooperative with the evaluation team. 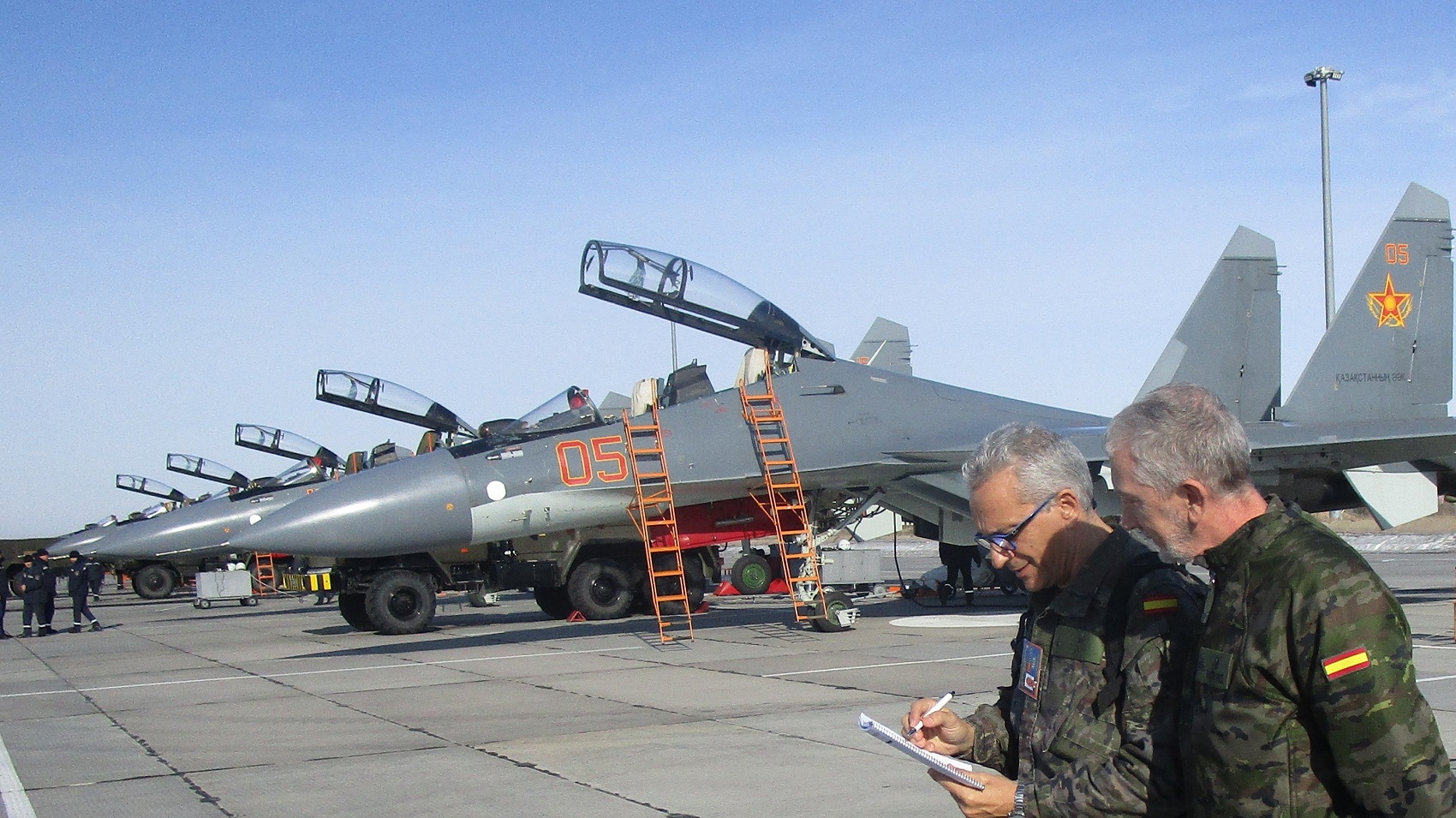 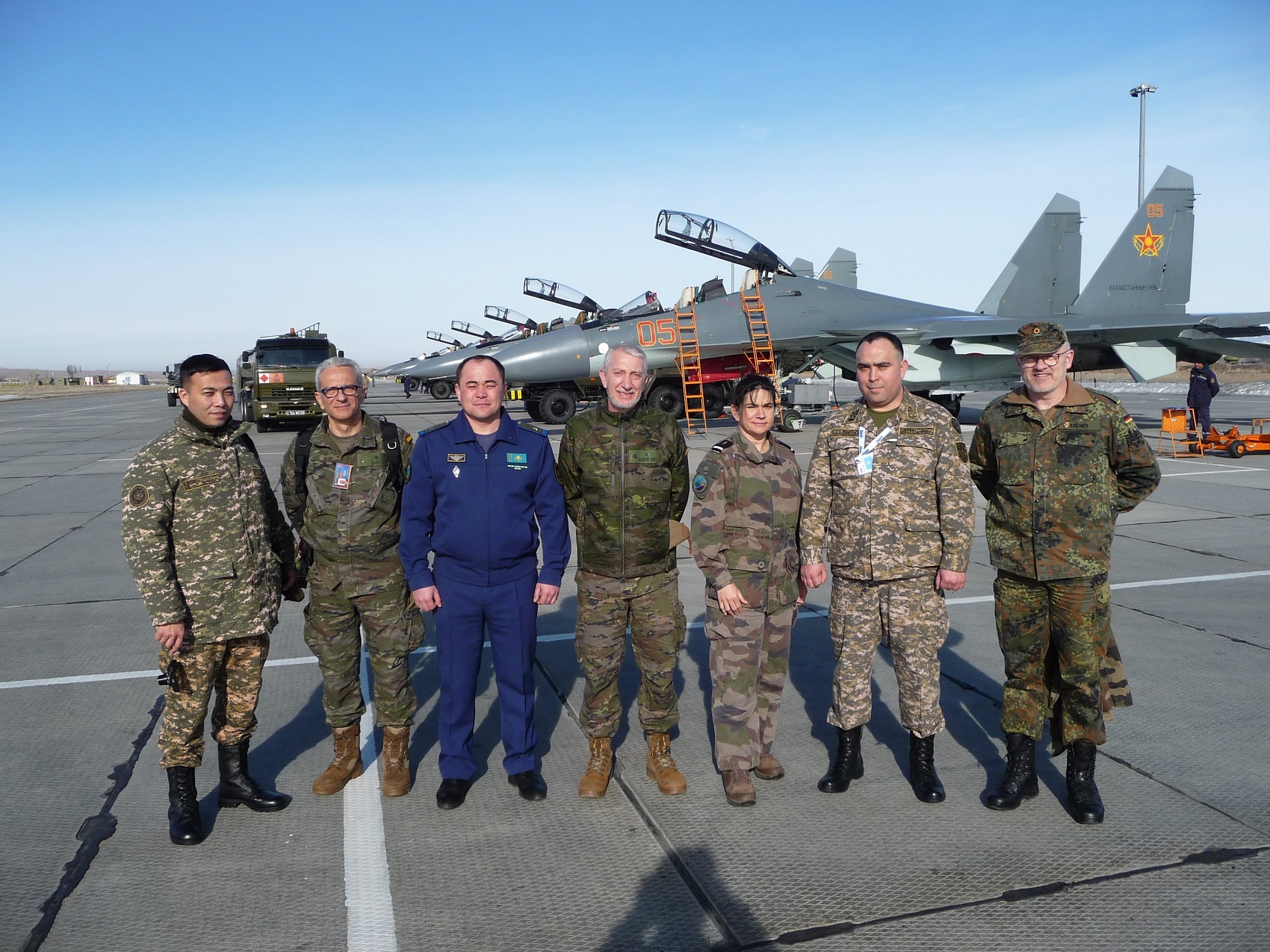