February 16, 2020
The Navy ship will be part of the Maritime Security and Surveillance Command from 17 February to 3 March

The offshore patrol vessel 'Serviola' will be integrated into the permanent operations of the Maritime Security and Surveillance Command (MVSM) from 17 February to 3 March.

The vessel´s mission will be to control and protect national interests in maritime areas of national sovereignty in the Strait of Gibraltar and the Alboran Sea. The boat will monitor the activity at sea and contribute to the knowledge of the maritime environment in the assigned area of operations.

These tasks are part of its maritime Security and Surveillance mission within the permanent operations of the Armed Forces, under the authority of the Chief of the Defence Staff (CHOD-JEMAD in Spanish), through the Operations Command.

The Maritime Security and Surveillance Command (MVSM in Spanish) is the body of the Armed Forces operational structure, directly subordinated to the Chief of the Defence Staff, responsible for planning, conducting and monitoring surveillance and security operations in maritime areas of sovereignty, responsibility and national interest.

It is under the command of the Maritime Action Admiral (ALMART), Vice Admiral Juan Luis Sobrino Pérez, based in Cartagena.

The offshore patrol boat ‘Serviola’ is the first of a series of four patrol boats built by NAVANTIA (former Bazán) in Ferrol, at the beginning of the 1990s. The ship was launched in 1990 and delivered to the Spanish Navy on October 2, 1992. It has a length of 68.65 metres and a beam of 10.40 metres.

Maritime security operations and cooperative security are the main missions assigned to the offshore patrol boat. It is specifically equipped to carry out surveillance and protect national interests in the Exclusive Economic Zone-up to 200 miles. To this end, the patrol boat has a long range (more than 8000 miles) and the capacity to maintain long periods at sea (more than 30 days).

The ship is under the command of Lieutenant Commander Francisco Delgado Urrutia. The crew consists of 8 Officers, 10 Non-Commissioned Officers, and 26 seamen. In order to fulfill its mission, a security operation team composed of 7 Marines-stationed in the Tercio Norte- has been embarked on the patrol boat. 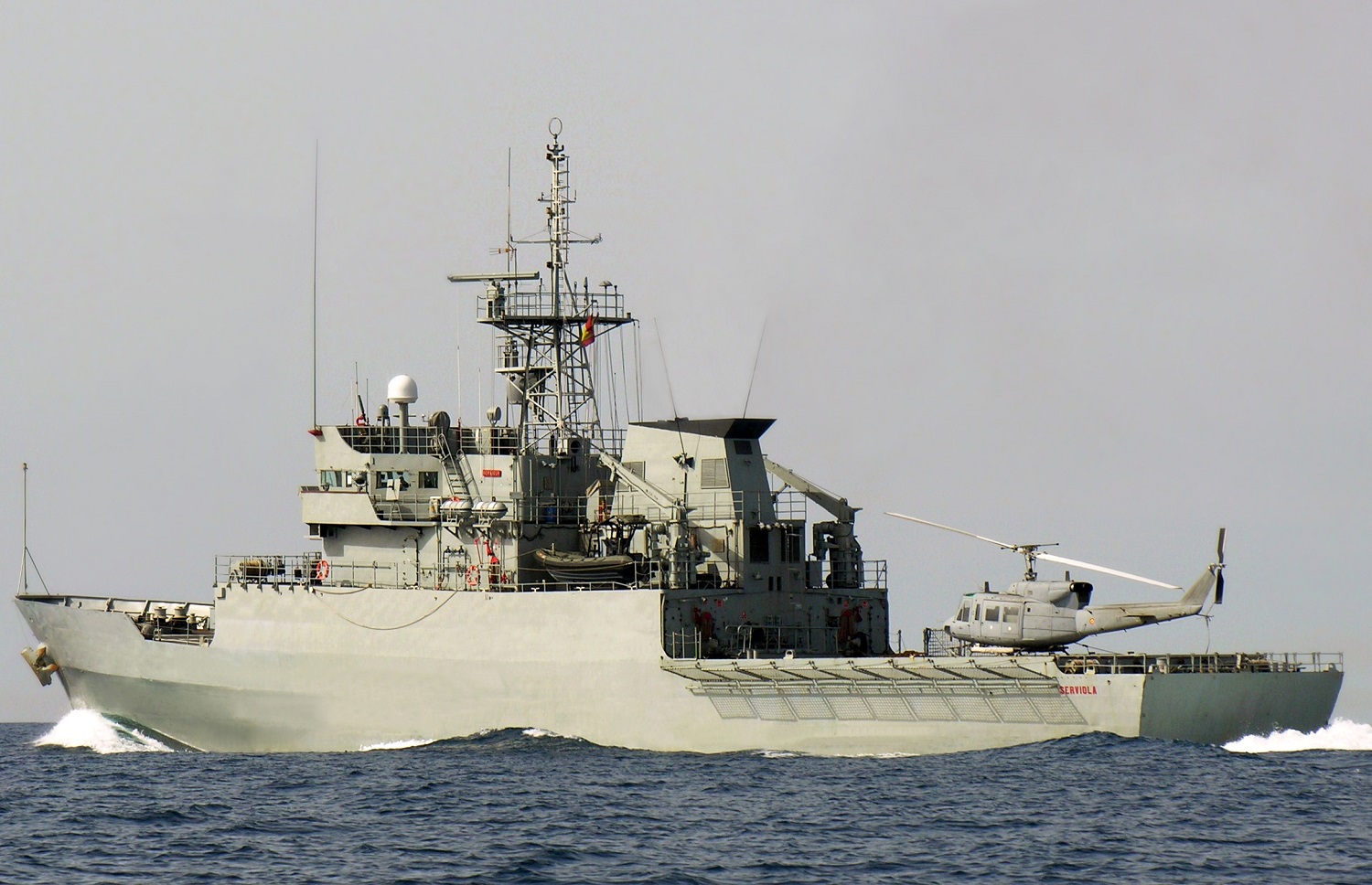