A group of 23 students and one teacher from the second year of the degree in Law and International Relations of the Francisco de Vitoria University in Madrid took an educational tour to different European institutions in Brussels, including the Military Representation of Spain to the European Union. They received first-hand updates about the role of the Spanish Armed Forces within the framework of the Common Security and Defence Policy (PCSD in Spanish).

Following the different talks, there was time for discussion, having the students the opportunity to exchange different points of view with the group of officers that were in charge of presenting the national military stance before the European Union Military Committee.

This activity, which seeks to complement student education, was an opportunity for the soldiers based in Brussels to promote defence culture within the demanding academic field of the higher and university education, as well as serving as a way of recognising its daily work. 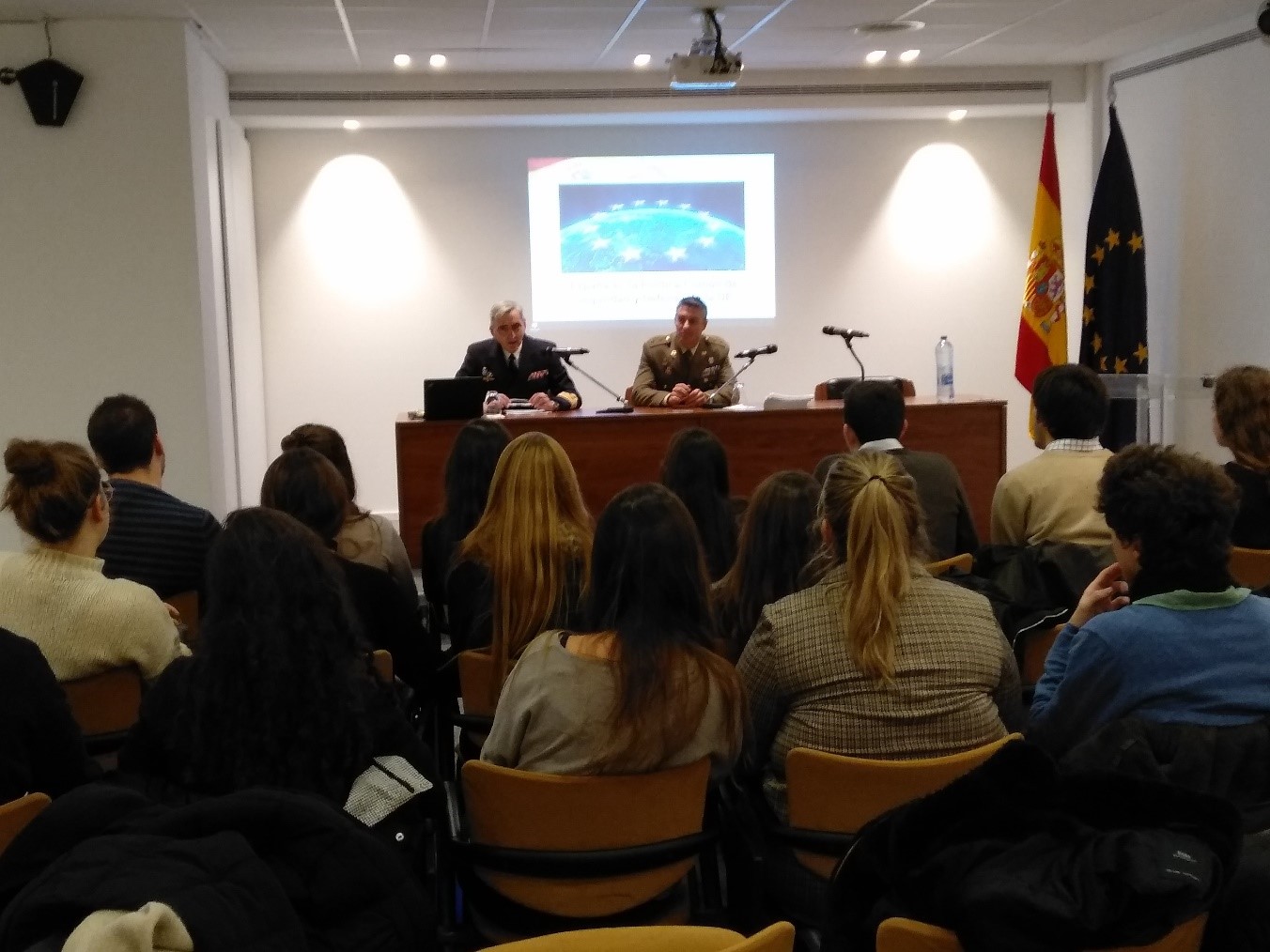 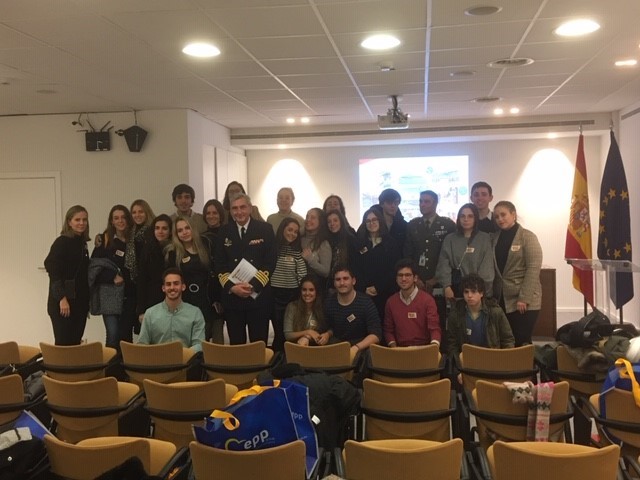