Darío Villanueva, former Director of the Royal Spanish Academy of Language, is awarded with the Cross of Naval Merit

The Spanish Chief of the Defence Staff (JEMAD in Spanish), General of the Army Fernando Alejandre, has awarded the Grand Cross of Naval Merit to Lieutenant General Laurentino Ceña, Deputy Operational Director of the Spanish Civil Guard.

During a ceremony held this morning at the National Defence Advance Study Centre, General Alejandre has also condecorated Darío Villanueva, former Director of the Royal Spanish Academy of Language.

The General Director of the Civil Guard, Félix Vicente Azón Vilas, has also attended this ceremony.

During his speech, General Alejandre has highlighted how important are these awards, since “the effort, the special dedication, the risks and sacrifices associated to the military life, proving a moral, physical and intellectual conditions essential for its granting, as well as the particular availability and excellent collaboration of civilian personnel with the Armed Forces” are rewarded.

In addition, he has pointed out to the General Ceña that awarding of the Grand Cross serves to recognise both his excellent professional career and his extraordinary service work to Spain and its Armed Forces. Regarding Darío, the General has stressed “the pleasure and honour” that involves recognising with this award his excellent professional work and academic exemplariness, together with his irrefutable human quality. 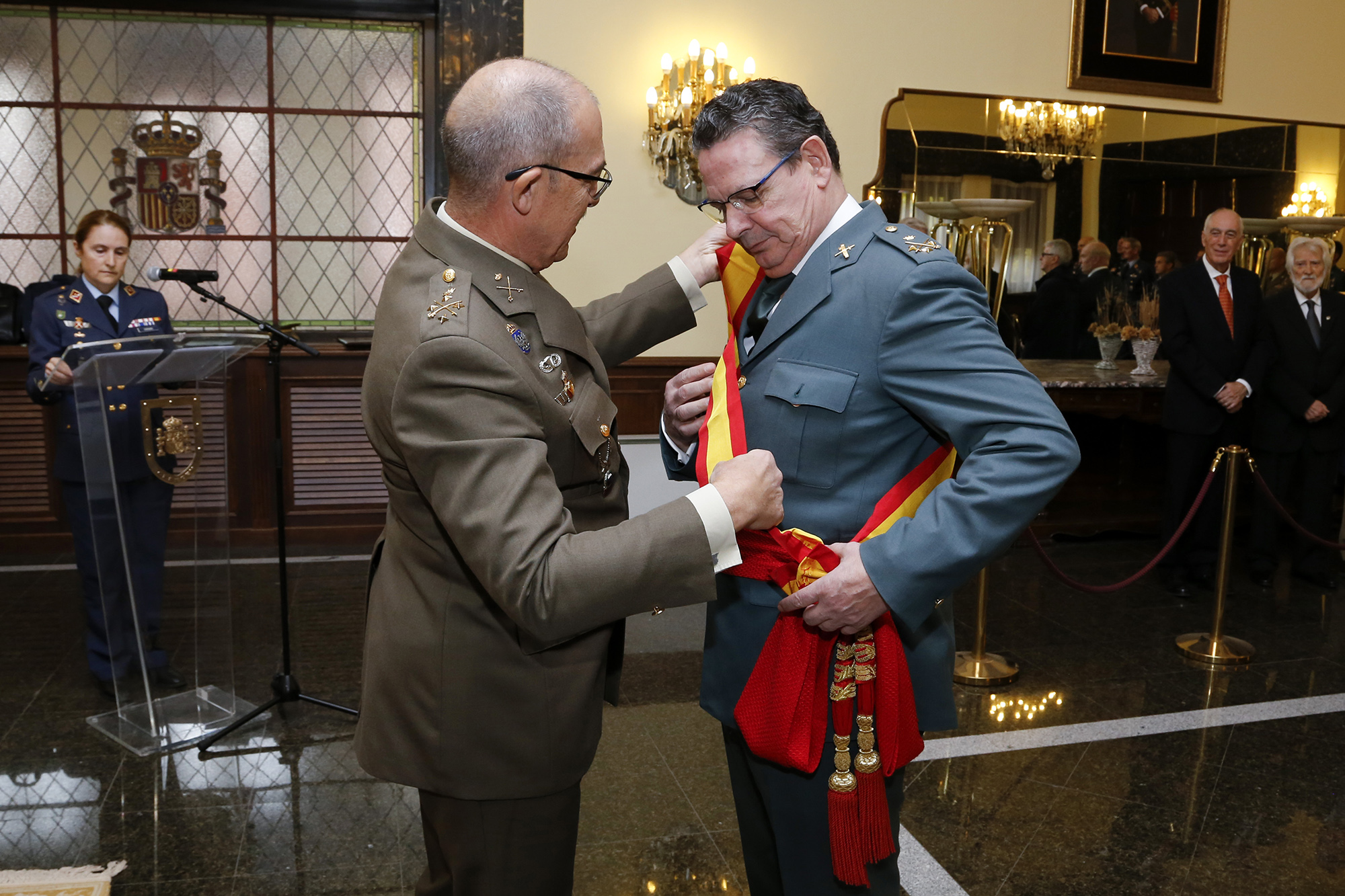 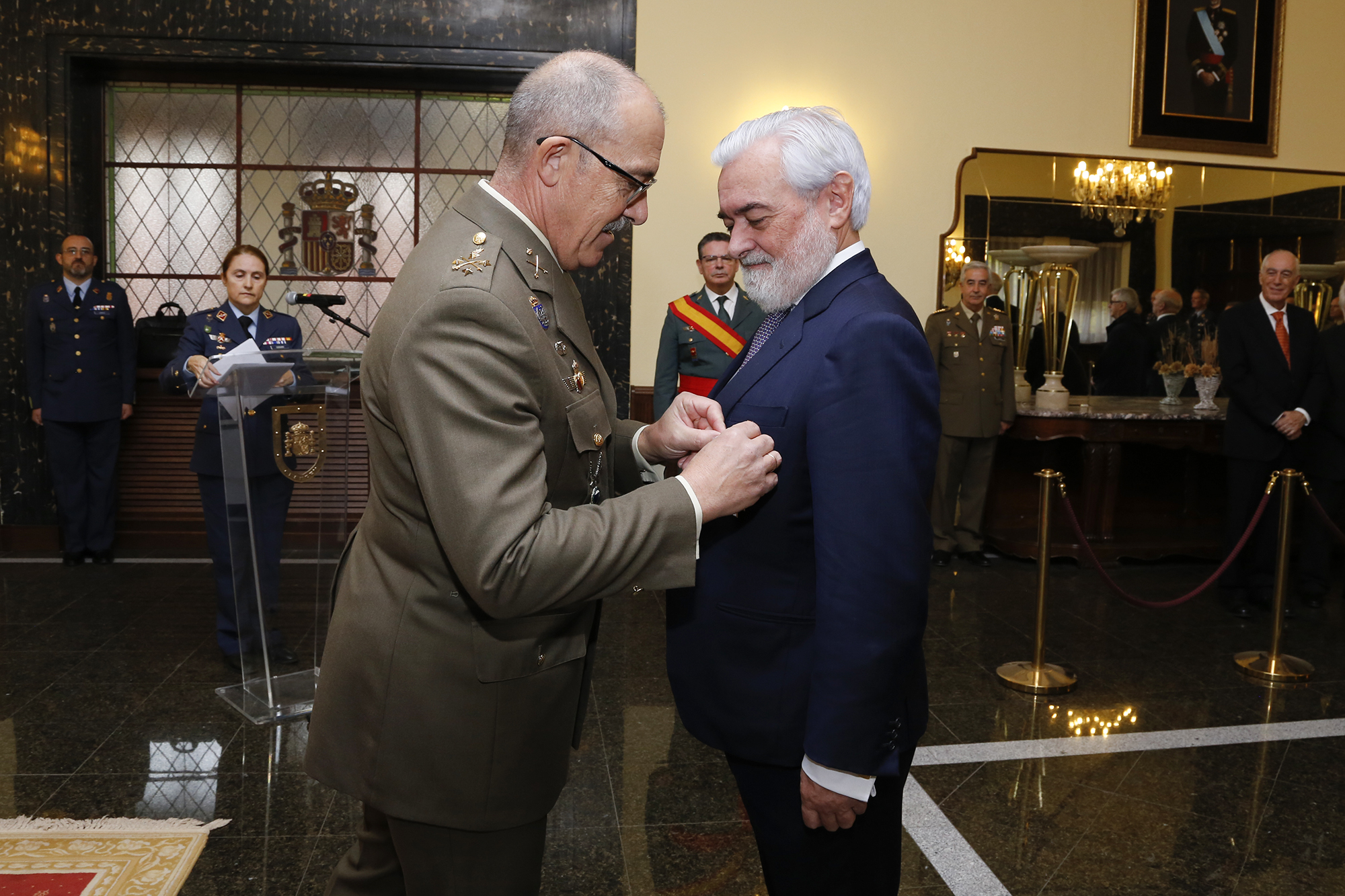