From 12th to 25th November, troops from the Allied Rapid Reaction Corps Headquarters (HQ ARRC), reinforced with personnel of increase, have performed the exercise “Arcade Fusion 2019” at the training area “RAF Saint Mawgan” in Cornwall (United Kingdom). These Headquarters have been certified as Army Corps within conventional combat missions.

National personnel have taken part in the exercise control, mostly in the delayed command post. This latter, under the command of General Salgado Romero, who is also a Spaniard.

The exercise has been visited by the Deputy-Chief and Chief of the Rapid Deployable Corps Headquarters (CGTAD in Spanish) Staff, as well as by the General Chief of the Field Artillery Command and the Colonel Chief of the 21st  Logistic Support Group (AALOG in Spanish) (on behalf of the Army Logistic Brigade). 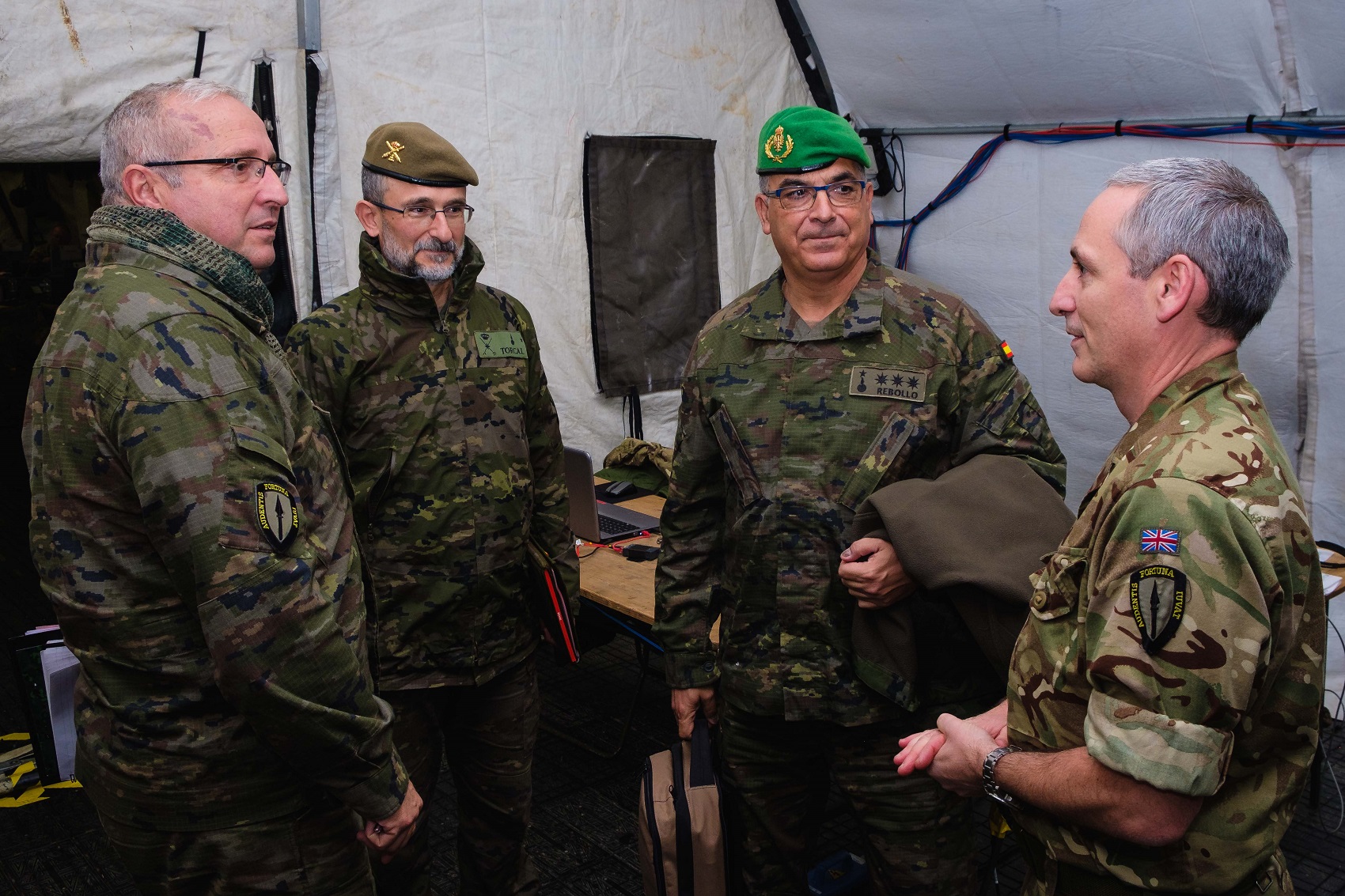