The Spanish Verification Unit (UVE in Spanish) has received this week at the same time an Open Skies observation flight, an inspection of the CFE Treaty and another one of the Vienna Document.

Members of the Ukrainian Verification Unit have conducted these days over Spanish territory, an observation flight and an inspection of the Treaty on Conventional Armed Forces in Europe (FACE in Spanish).

On the same date, a team from the Russian Federation has conducted an inspection of the Vienna Document 2011, in a specific area covering part of the provinces of Huesca, Navarra, La Rioja and Zaragoza.

On 11th November, an aircraft Antonov 30B from the Ukrainian Air Force landed at Getafe Air Base for conducting an observation flight over Spain, pursuant to the Treaty on Open Skies. It is an aircraft certified to conduct these kinds of flights, during which images are obtained from any part of our territory, with a maximum resolution of 30 centimetres.

The Ukrainian team is composed of 15 members. The observation flight was conducted on Wednesday this week. It consisted on executing a 1,300 km flight route over our territory. The maximum distance allowed by the Treaty in Spain is 1,800 kilometres.

The Treaty on Open Skies forms part of the commitments made by the State Members within the Organization for Security and Cooperation in Europe (OSCE) for promoting a greater openness and transparency in their military activities. Thus, they help to contribute to the development and strengthening of peace, stability and security through the establishment of an Open Skies regime for aerial observation. The Member States are allowed by the Treaty to observe any part of the territory of other Member, by taking aerial photographs with the maximum authorized resolution.

Inspection of the FACE Treaty

On 6th November, this inspection was declared by Ukraine though notification F29, expressing its intention of inspecting places declared to be Spanish, according to paragraphs 1 and 2, Section IV of the Protocol on Inspection of the Treaty on Conventional Armed Forces (FACE in Spanish), signed by Spain in 1992.

On this occasion, Ukraine chose as the entry point for beginning its inspection the Getafe Air Base, allowing it to coincide with the Open Skies flyover, to be held in Spain during the same period.

From the places mentioned above, the Artillery Academy in Segovia and the Infantry Academy in Toledo were the Units chosen by the Ukrainian inspectors to conduct the inspection.

The commitment shown in preparing the inspection by the units concerned, was essential for finishing it with success.

The FACE Treaty, signed in 1992 during the final moments of the Cold War by 30 countries from the two blocs (Warsaw Pact- NATO), is the main instrument for the armament control system, of legally binding nature, and considered as one of the pillars of European security architecture.

The Treaty is based on two key issues:

ü  Significant reduction of the capacities of the Armed Forces in the application area (Atlantic to the Urals- ATTU).

ü  Prevention of the capacity to launch offensives on a larger scale and by surprise, through:

·        Establishment of a Control and Verification system.

Inspection of the Vienna Document 2011

The Vienna Document 2011 (VD11) comprises a number of measures designed to enhance confidence and security in Europe. One of these measures are the Specific Area Inspections, which aims to verify that no military activity, that according to VD11 may exceed certain thresholds of conventional weapons and personnel participation, is conducted in said area.

In this context, between 11 and 15 November, a Russian Inspection Team, composed by a Colonel, a Lieutenant Colonel and a Lieutenant, has conducted a Specific Area Inspection which covers part of the provinces of Navarra, Huesca, Zaragoza and La Rioja.

On 6th November, UVE received notification for inspection and immediately afterwards activated the planned warning systems for ensuring compliance of the commitments made by Spain within VN11. For this purpose, five members of UVE will compose the escort team that will accompany at all times the Russian inspectors. Security will be provided by a team from the Spanish Civil Guard.

During the initial meeting with a Russian inspection team, the escort team agreed with them the schedule of activities to perform during the two days of the inspection.

As happened with the inspection of the FACE Treaty, the commitment and preparation shown by the located or deployed Units within the specific area, was essential for concluding the mission with success.

The Vienna Document 2011 is currently one of the agreements generating more activity within the Spanish Verification Unit and within the rest of verification agencies placed at OSCE countries. The signing countries are the 57 members of the Organization, with the recent admission of Mongolia.

The most significant duties are:

ü  Assessments: inspections to a sole Unit. Spain may annually accept up to an assessment of that type.

ü  Specific Area Inspections: designed to verify that no military activity, that may exceed certain thresholds of conventional weapons and personnel use, is conducted in said area. Spain is forced to accept up to 3 annual specific area inspections.

ü  Visits to Air Bases, military facilities, observation of military activities and presentation of new kind of weapons and teams. Each Member State should arrange a visit to an Air Base every 5 years, and present to the rest of Member States the new kind of weapons entering into service in their Armed Forces, preferably no later than one year before entering into service.

The Spanish Verification Unit is in charge of ensuring compliance with the Weapons Control Treaties signed by Spain and most of other European countries. Its activities deal with dialogue and negotiations, being its work essential for maintaining the concepts of peace, stability, cooperation, transparency, security and confidence in our environment.

On this occasion, since the three missions coincided at the same time, the effort done in personnel and material has been considerable, requiring training of three different escort teams with a total of up to 20 UVE members escorting the Ukrainian and Russian teams. It should be highlighted the invaluable work done by the 9 representatives of the Spanish Civil Guard, who ensured safety of the personnel involved during the missions.

All the military units involved have performed a laudable work in preparing and conducting the three missions. The support given to the UVE escorts in fulfilling their tasks was worth mentioning. 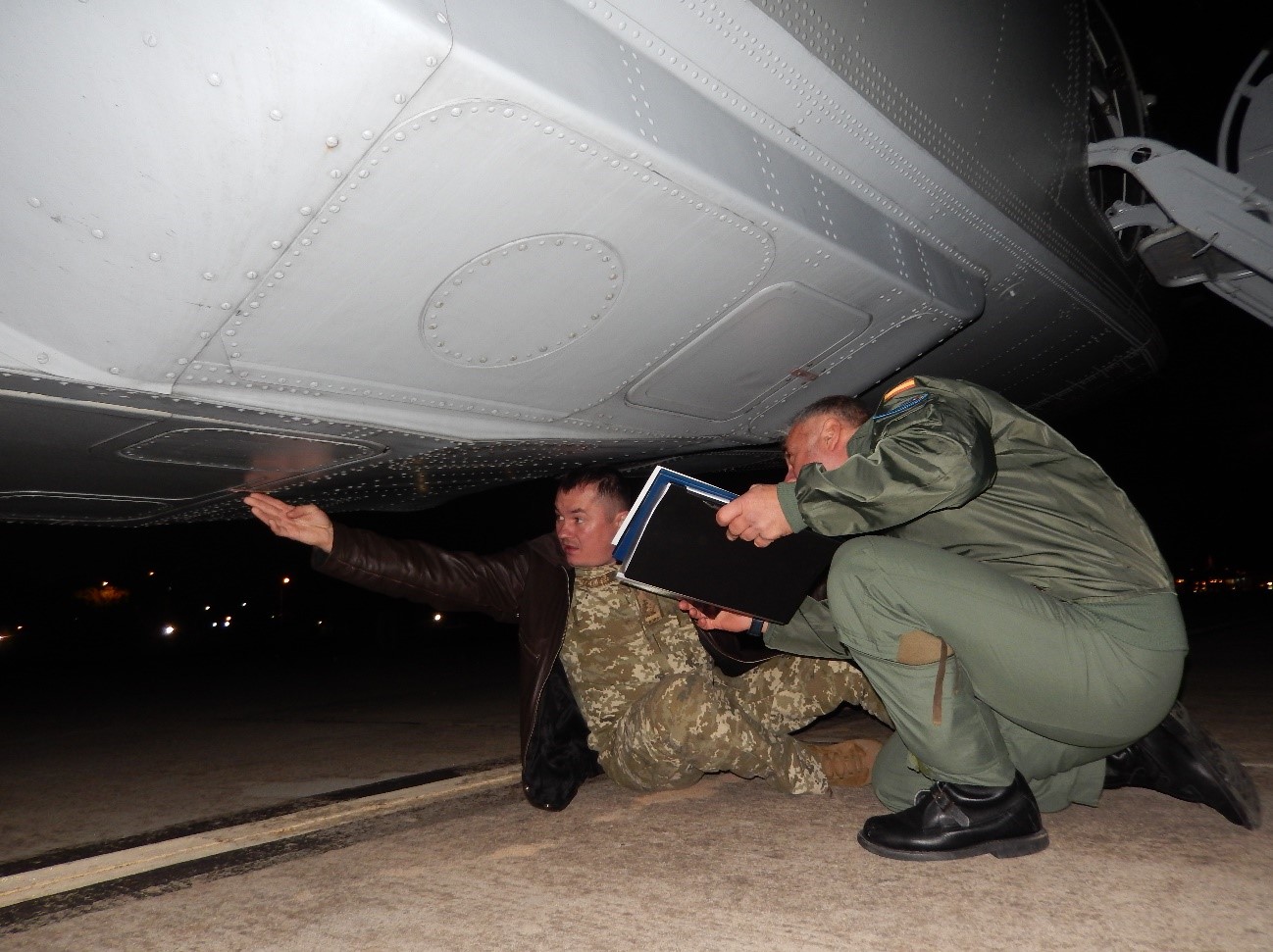 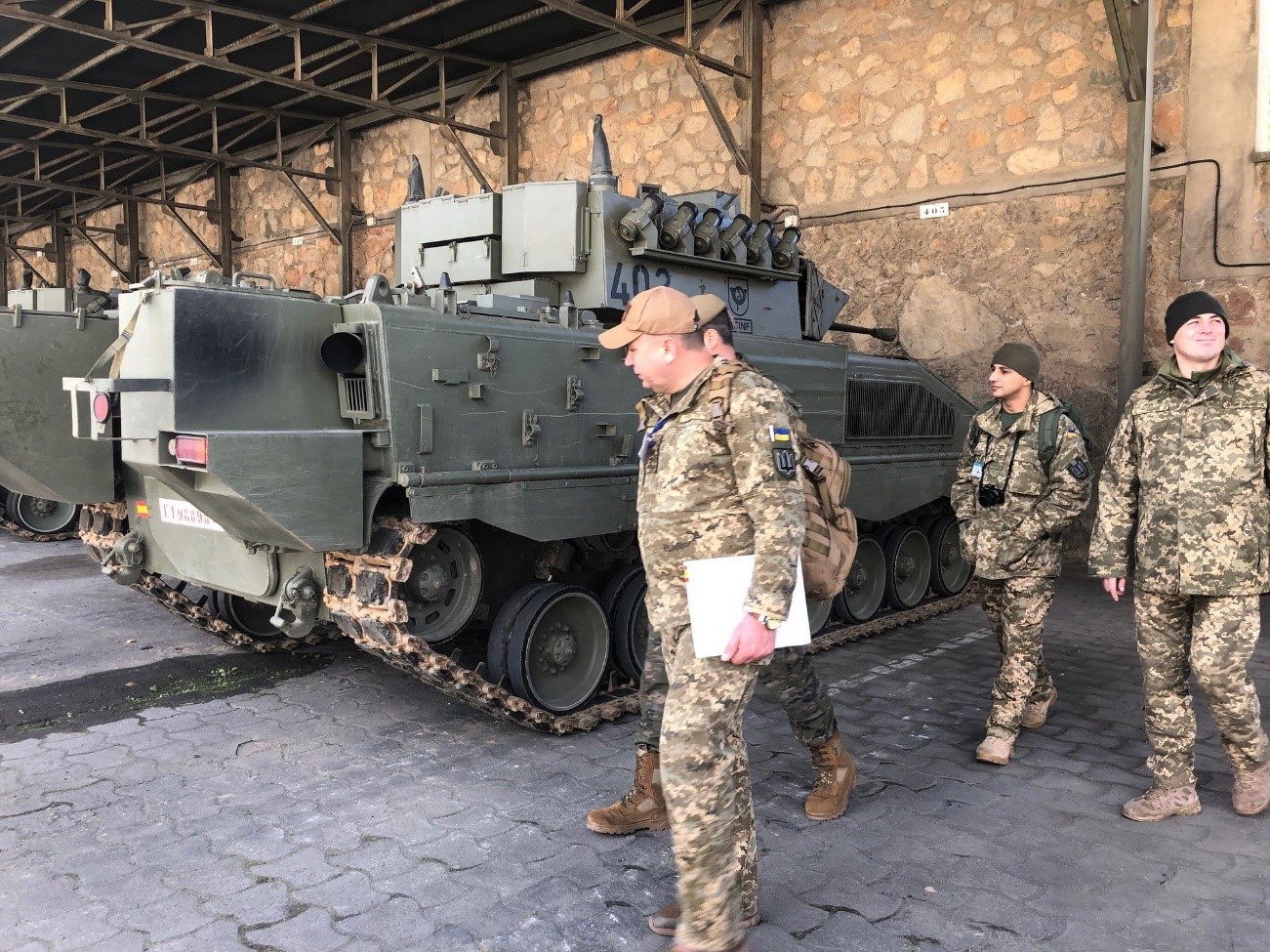 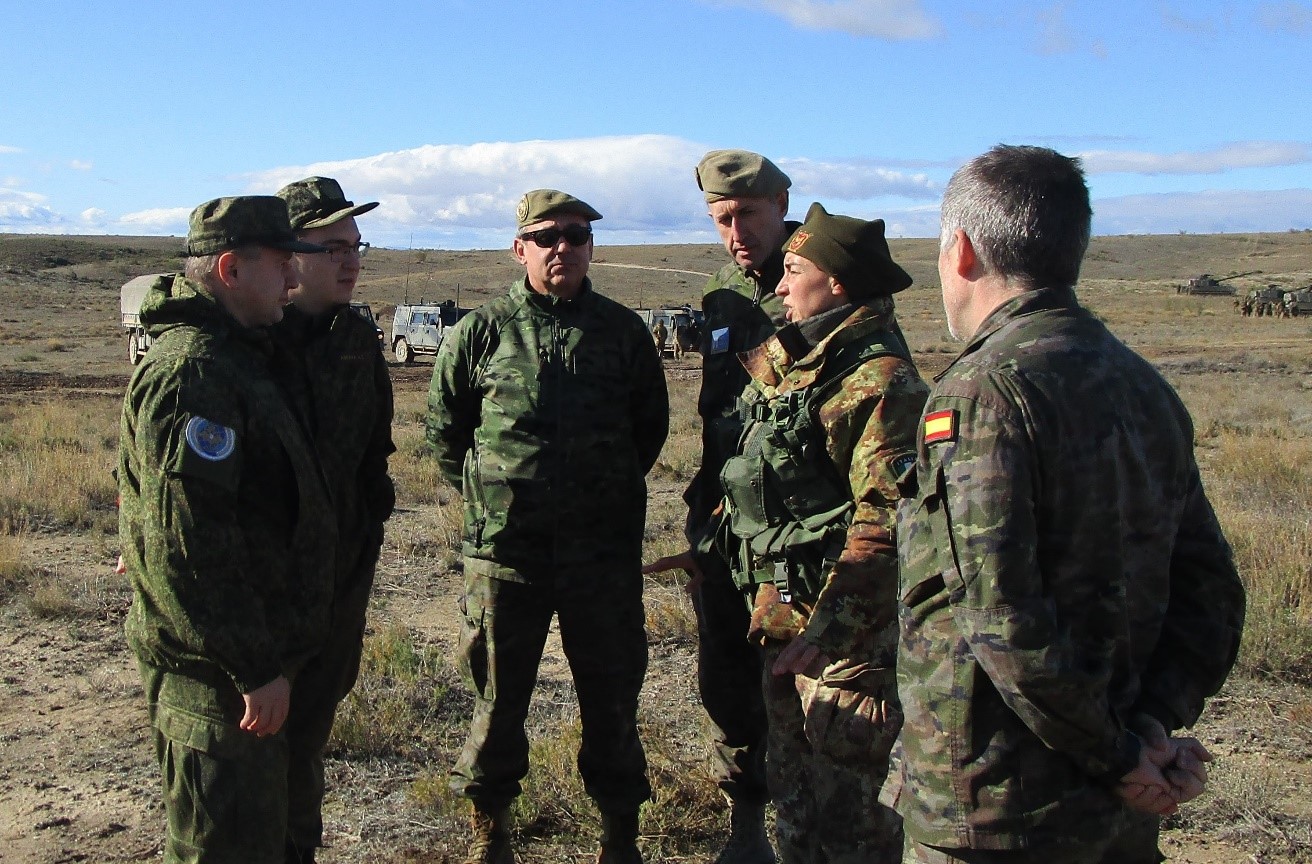