The Commander of the Combined Air Operations Centre Torrejon (CAOC TJ) attended the ‘Fighter Conference 2019’, hosted in Berlin on the 12th and 13th of November, at which he has given two lectures on fighter aircraft interoperability.

The ‘Fighter Conference’ is a meeting that gathers experts from several countries on fighter aircraft. In addition to national experts, a significant number of Defence Industry experts attend this meeting as well. Throughout these two days, lectures dealing with the present and future of fighter aircraft, including its respective colloquium, are scheduled. Furthermore, a subsequent meeting after the speakers is possible. 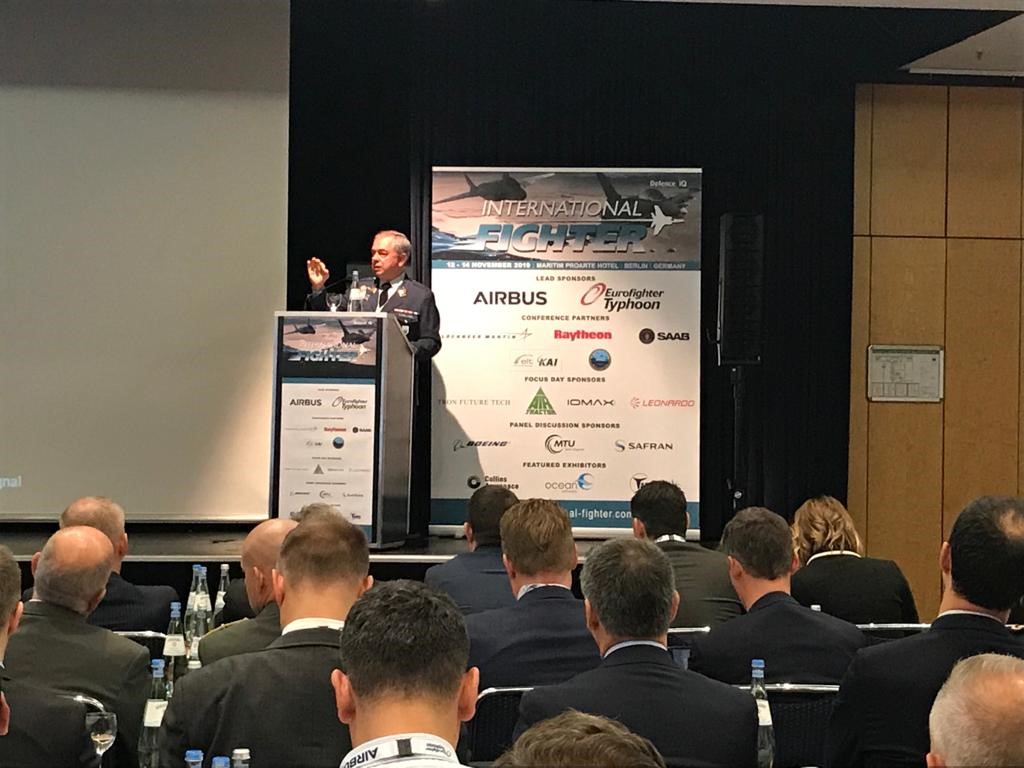