Chief of the Defence Staff (JEMAD in Spanish), General Alejandre, has chaired on Tuesday 15th October a flag-raising ceremony at the Combined Air Operations Centre in Torrejón (CAOC TJ in Spanish) on the occasion of the National Day of Spain.

After being received by the Chief of CAOC TJ., Lieutenant General Rubén C. García Servert, General Alejandre have greeted the Chiefs of the Units located at Torrejón Air Base.

During the ceremony, both JEMAD and the chief of CAOC TJ, have highlighted in their speeches the importance of the National Day of Spain within the Spanish Armed Forces, as well as the importance for Spain of having a NATO unit of such high operational level . 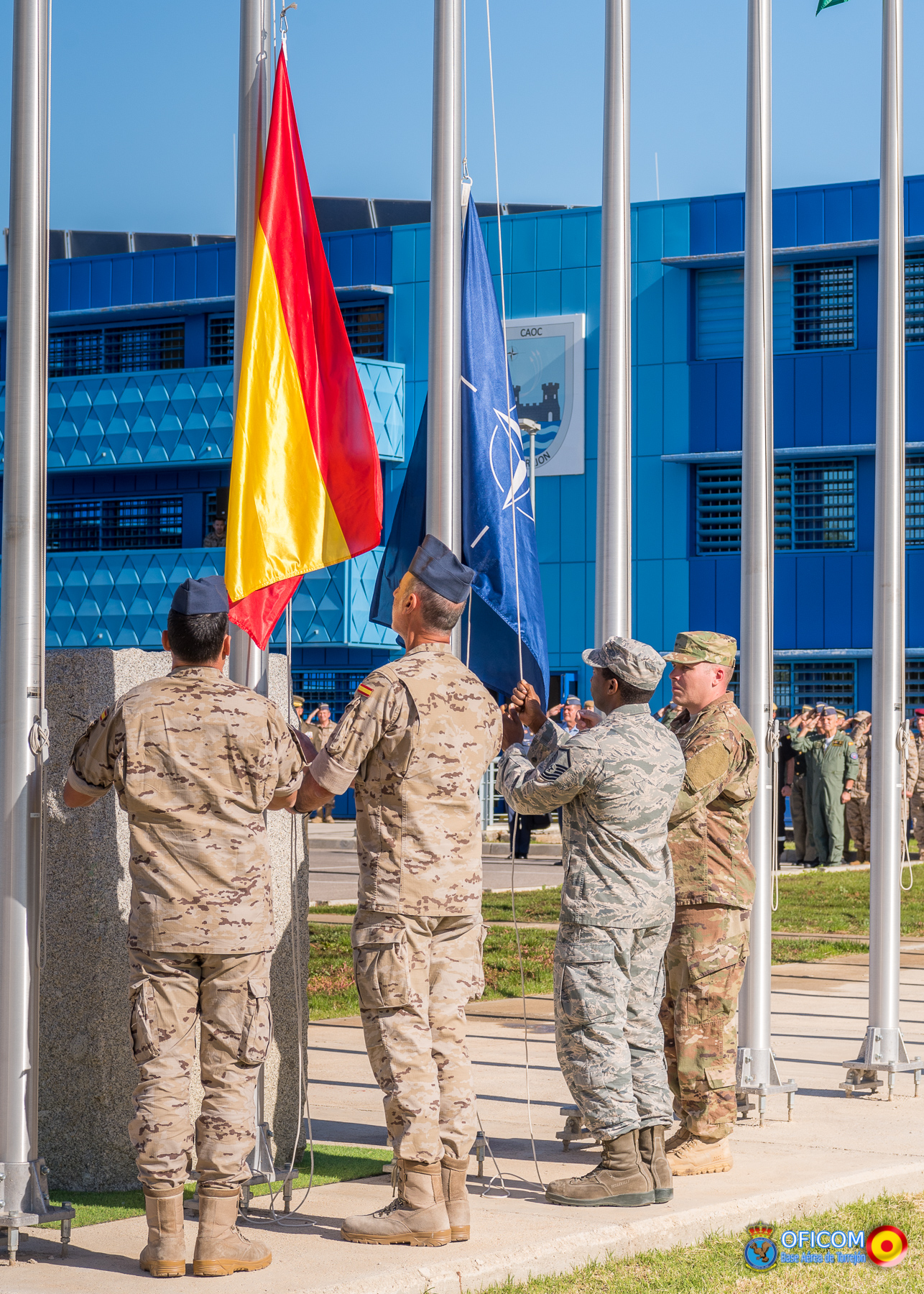 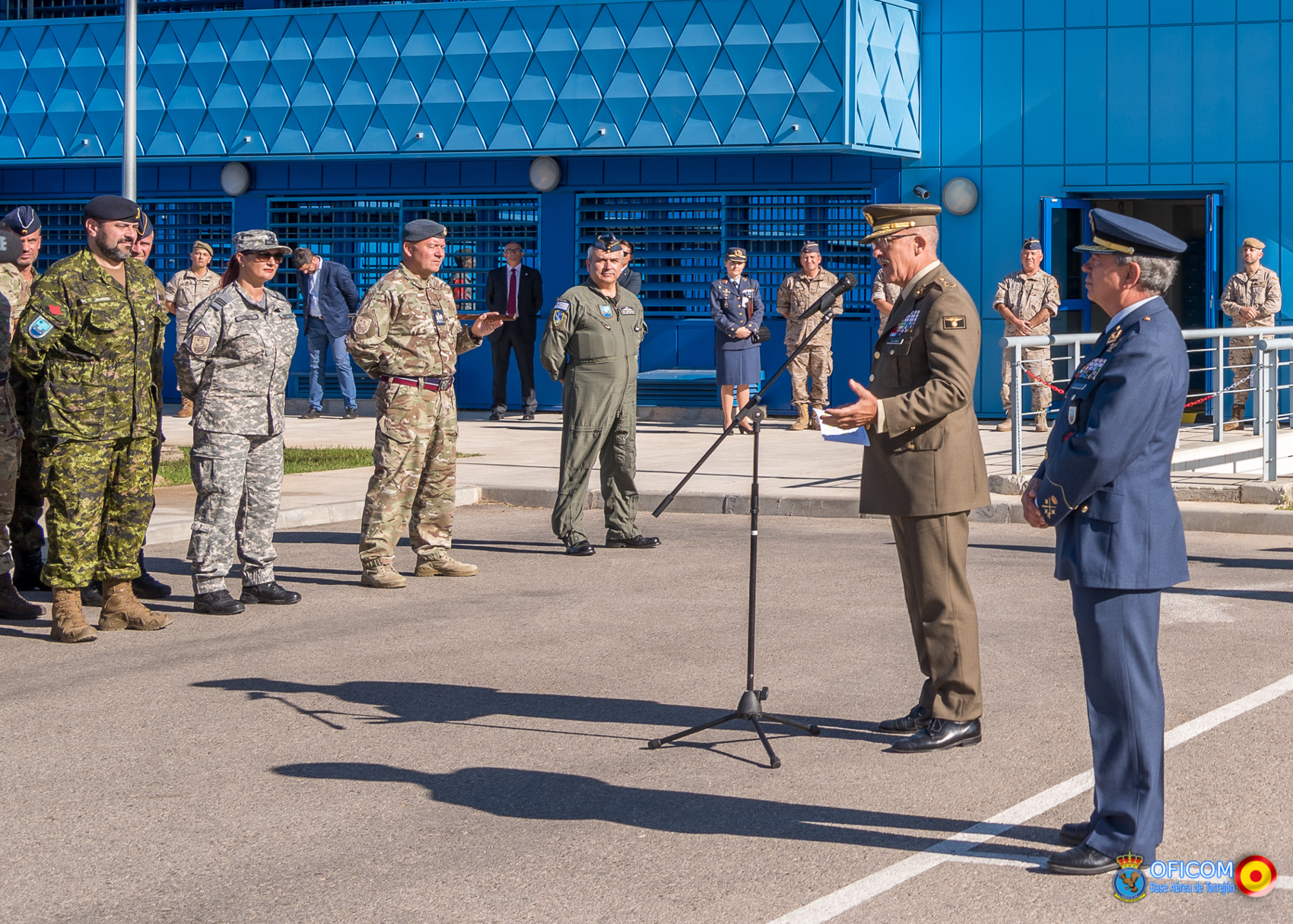